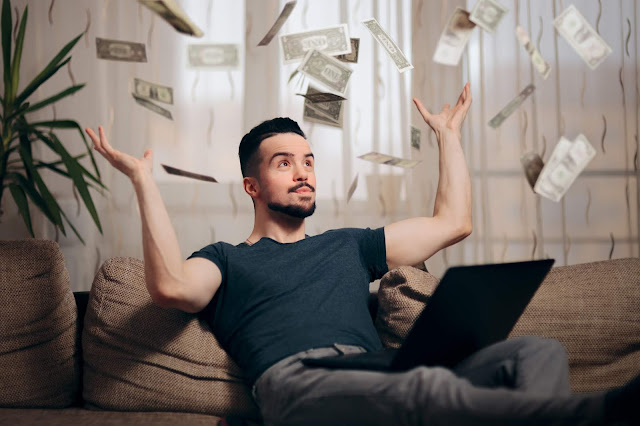 When is a “discretionary” bonus to be included in the statutory definition of “wages”? According to a 2016 decision of the Ontario Superior Court of Justice, Bain v UBS, 2016 ONSC 5362 (CanLII), affirmed by the Court of Appeal for Ontario in Bain v. UBS Securities Canada Inc., 2018 ONCA 190 (CanLII), when “there were definite factors on which it was based, including performance.”

The case highlights the tension between irregular payments and the obligation to pay vacation pay.

David Bain was an investment banker employed by UBS Securities Canada Inc. (“UBS”). Bain was dismissed without cause on February 28, 2013.

With respect to the issue of whether the plaintiff was entitled to vacation pay, Justice Darla A. Wilson provided the following reasons for her decision:

[149] Section 35.2 of the ESA provides that when an employee is terminated, he or she is entitled to receive a minimum amount of vacation pay, which is calculated to be 4 percent of wages. Section 1(1) [of the ESA] defines wages as “monetary remuneration payable by an employer to an employee under the terms of an employment contract,” but does not include “sums paid as gifts or bonuses that are dependent on the discretion of the employer and that are not related to hours, production or efficiency”.

[150] Counsel agree that Bain is owed 16.24 days up to his date of departure, March 22, 2013. He is also owed 3.85 days for the 8 week notice period pursuant to the ESA. Thus, 20.10 vacation days are owed to the Plaintiff. The parties disagree on how the daily rate of pay ought to be calculated: the Plaintiff submits it should be based on total compensation, while the Defendant argues it should be calculated on salary only.

[153] The evidence at trial made it clear that the bonus paid to directors at UBS was based on performance, the employee’s contribution to various transactions, the revenue generated by that employee’s participation in various deals as well as a number of other factors set out by UBS. The bonus was based, in part, on how an employee produced and how diligent he or she was in their work at UBS. Thus, I do not find section 1(1) is applicable and precludes inclusion of the bonus when calculating entitlement to vacation days [sic].

[154] Counsel for UBS relies on Technica Group Inc. v. Mooyekind a decision of the Ontario Labour Relations Board. The issue before the Board was whether the Applicant was entitled to receive his mining bonus when he resigned from his job, not the basis for the calculation of the amount of vacation pay the dismissed employee was entitled to receive. Further, Technica can be distinguished because the policy of the employer in that case was that the bonus was NOT related to hours worked, production or efficiency. That is very different than the evidence about the nature of the bonus Bain was entitled to at UBS. While the bonus was discretionary, there were definite factors on which it was based, including performance.

[155] I am of the view, for the reasons articulated earlier when considering how Bain’s bonus ought to be determined, that it is neither fair nor appropriate to base the calculations on his salary alone. Bain’s bonus was a significant component of his remuneration. His letter of employment provided that upon termination he was entitled to not less than six months’ notice and “for greater clarity, the amount of equivalent compensation will be determined by reference to salary and bonuses.”

[156] In my view, a fair approach to calculate the vacation pay that is owed to Bain is to use Bain’s salary ($385,000) plus the average bonus of the comparators … Using this approach, the vacation pay to which the Plaintiff is entitled is therefore $87,472.

In upholding Justice Wilson’s decision, the Court of Appeal wrote the following:

[23] An employee’s entitlement to vacation pay under the Employment Standards Act, 2000, S.O. 2000, c. 41, is determined as a percentage of the employee’s wages. “Wages” is defined as “monetary remuneration payable by an employer to an employee under the terms of an employment contract” but does not include “sums paid as gifts or bonuses that are dependent on the discretion of the employer and that are not related to hours, production or efficiency”.

[24] The trial judge considered the evidence, which included a description of the detailed and methodical approach of UBS to determining bonuses, and the acknowledgment of its witness that bonus was tied to “production” and “efficiency”. She reasonably concluded that the bonuses here were “based in part on how an employee produced and how diligent he or she was in their work at UBS” and that while the bonus was discretionary, there were definite factors on which it was based, including performance (at paras. 153 and 154). We see no reason to interfere here, or, as proposed by UBS, to read into the exception in the definition of “wages” the requirement that numerical “targets” would be required before a bonus could be considered to be related to hours, production or efficiency.

The case highlights the challenge and tension in properly accounting for vacation pay, especially in the case of extraordinary, irregular payments, such as bonuses. Employers would be prudent to ensure that a “discretionary” bonus does not cross the line into becoming included in the statutory definition of wages.