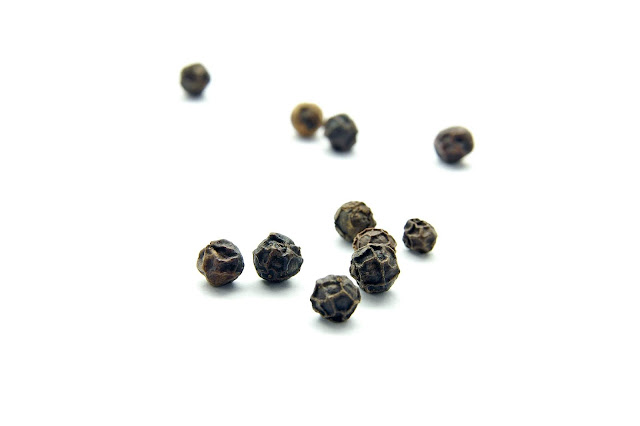 What sort of consideration is required for an employer to make fundamental changes to the terms of an employee’s employment agreement?

In the case of Lancia v. Park Dentistry, 2018 ONSC 751, the Honourable Justice Andrew J. Goodman of the Ontario Superior Court of Justice confirmed the longstanding legal principle that a “peppercorn” will do. The court also confirmed that consideration for a new agreement is not required where the employer provides reasonable notice of the termination of the existing agreement.

At the time of her departing the employ of Park Dentistry, Lancia was a 48 year old restorative dental hygienist. Lancia had worked with Park Dentistry and its predecessor from November 1997 to February 9, 2016, with a single interruption of one year.

In 2008, Park purchased a dental practice - Park Dentistry - from Dr. David Amato and inherited his staff, including Lancia. When he took over the practice, Lancia was earning $56 per hour as a Restorative Dental Hygienist. In 2010, Park increased her hourly wage to $59.

In 2013, Park retained an employment law firm that specialized in transitioning health care office employees to written employment contracts. One of the required areas of review was Park Dentistry’s vacation practices, which had been carried over from Dr. Amato.

Lancia had been receiving such a benefit: her vacation pay amounted to 10.4% of her earnings, calculated on an assumed 40-hour week. She received this amount despite the fact that she worked significantly fewer than 40-hours per week in the years at issue.

Park determined that the new written employment contracts would provide for vacation pay to be earned at a certain percentage of wages, and calculated on wages actually earned, pursuant to the Employment Standards Act 2000 (the “ESA”).

On August 14, 2014, Park presented Lancia with a letter prepared by legal counsel (“the Cover letter”) informing her that the office would be transitioning to new employment contracts for all staff. The Cover Letter made it clear that her current employment (“the Old Contract”) was being terminated:

We have received professional advice regarding how important it is to have proper, written contracts in place. We have been instructed that in order to introduce new contracts, we must bring our current largely unwritten contracts to an end. Unfortunately, the only way to do this is to terminate your existing employment contract. We say “unfortunately” because we are not terminating your existing contract because we want you to leave – we are terminating it because it is a necessary legal step to ensure that everyone is effectively transitioned to proper, written contracts.

The Cover Letter also made an offer of continued employment on the terms set out in the new, written employment agreement (“the New Contract”) attached:

At this time, and following professional advice, we are transitioning our practice so that all staff will be on proper, written employment agreements. It is for this reason that we are offering you the Employment Agreement attached to this letter.

In terminating her Old Contract, Park Dentistry provided Lancia with eighteen months working notice, in light of her age, position and years of service. The Cover Letter informed her in writing that, in the event that she chose not to sign the New Contract by the signing deadline of January 14, 2016, her Old Contract would end on February 14, 2016.

Signing the New Contract meant the immediate termination of the Old Contract: “Upon your signing the attached Agreement, the terms of your current employment agreement with us (which is largely unwritten) will come to an end.”

Park Dentistry offered Lancia with a signing bonus of $2,000 if she signed the New Contract by September 19, 2014.

Despite providing her with a notice period and ample time to seek legal advice before the signing deadline, Lancia signed the New Contract a mere two days later, on August 16, 2014. Lancia did not raise an objection to any of the terms of the New Contract. Lancia did not try to negotiate any different terms prior to signing. As such, Lancia would continue to be paid her hourly wage of $59.

On February 9, 2016, Lancia resigned from Park Dentistry, hand delivering a resignation letter of the same date.

Among the issues that the court was required to resolve was whether the employment agreement was invalid for lack of consideration.

In holding that the terms of the employment agreement were legally enforceable (and dispositive of the plaintiff’s notice entitlements in the event that she had been constructively dismissed), Justice Goodman wrote the following:

[51] Lancia’s argument must fail for two reasons: First, she received some consideration in the form of a $2000 signing bonus. I do not accept the argument that Lancia was not provided with 18 months’ notice that the new contract terms would be imposed. These new terms were imposed as soon as Lancia signed the New Contract on August 16, 2014. Furthermore, had she not signed the New Contract, I accept that its terms would not have been forced on her after 18 months; instead, her employment would have been terminated and she would never be subject to the new terms.

[52] Second, in any event, no consideration was required to make the New Contract enforceable, because her old employment was terminated with sufficient notice – eighteen months – and she was offered re-employment on new terms with no substantial change in job description or tasks.

[53] It is settled law that an employer may transition an employee to a new contract without consideration by providing reasonable notice. In Farber, the Supreme Court of Canada made it clear that reasonable notice vitiates the concept of termination. The Divisional Court recently confirmed in Kafka v. Allstate Insurance Company of Canada [2012] ONSC 1035 at para. 45, that, “a fundamental change does not amount to a constructive dismissal where the employer provides the employee with reasonable notice of the change.”

[54] While Park Dentistry readily concedes a reduction in Lancia’s net compensation, I agree that this was permissible by law and does not nullify the New Contract’s enforceability. Park Dentistry was not required to offset the reduction in compensation by providing monetary consideration of an equal amount. Indeed, it is trite law that courts will not inquire into the adequacy of consideration – a “peppercorn” will do. As long as there is consideration, contracts may be varied or superseded by new agreements.

[55] … Lancia received reasonable notice – 18 months – of the changes to her employment. If Lancia did not wish to accept the changes, she could have used the notice period to seek new employment. There was no rush to sign the New Contract. Lancia could have waited the 18 months prior to signing the contract. She could have obtained legal advice. Instead, she signed the New Contract within two days and proceeded to work for the next 17 months. Moreover, when I consider the relevant documentation that goes to the parties’ intent and understanding, I reject any assertion that the new terms would not be effected immediately.

[56] I find that Lancia executed the New Contract freely, without duress, having been provided ample time to consider its terms and to seek legal advice. The conditions to the establishment of a valid contract were met. The New Contract is therefore valid and its termination provisions are legally enforceable.

[61] Consistent with the prevailing jurisprudence, an employer has the right to impose fundamental changes to an employment contract, and if so, is required to give reasonable notice of the change to the employee. Park Dentistry did exactly that and they met this requirement by providing 18 months’ working notice.

[62] Accordingly, in the event that Lancia were to establish that she was constructively dismissed, her claim for wrongful dismissal damages equivalent to the common law notice period is legally untenable. The New Contract limited her pay upon termination to the minimums prescribed by the ESA and rebuts the presumption of common law notice. This ground of the plaintiff’s claim must fail.

On more than one occasion I have written about the ability of employers to make fundamental changes to an employee’s employment without consideration by providing the employee with reasonable notice of the change, coupled with an offer of new employment. See e.g. The Legality of Taking Away Paid Breaks and Benefits .

While some have commented that such an approach may not be entirely consistent with maintaining positive employee relations, from a strictly legal perspective this case highlights that the same is entirely legal.

Moreover, the case perhaps answers a long simmering debate amongst employment lawyers of “how much consideration is required in order to make fundamental changes?” Although, it does raise a new question: “Where does one buy peppercorns?”