Workplace Assault Does Not Automatically Trigger Protections of Section 50 of OHSA: OLRB 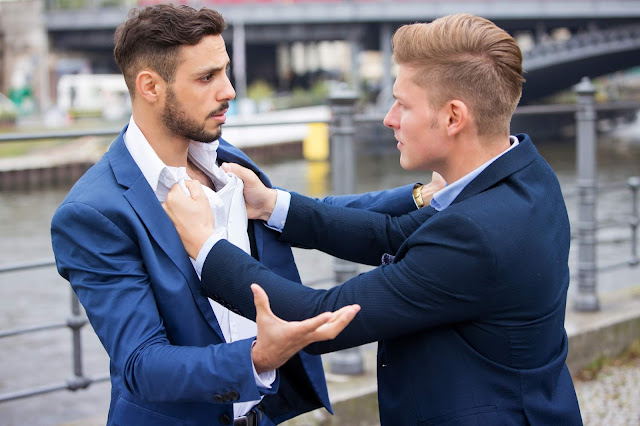 Does the fact that an assault occurs in the workplace automatically trigger the protections of subsection 50(1) of the Occupational Health and Safety Act?

In a case involving a fight at a male strip club, Mazen Jamal Chams Eddin v 938088 Ontario Limited, 2019 CanLII 37953 (ON LRB), Ontario Labour Relations Board Alternate Chair Matthew R. Wilson held that it did not.

This case concerned an application alleging a reprisal by 938088 Ontario Limited o/a Mints/Peppermints (“Peppermints”) under section 50 of the Occupational Health and Safety Act. The individual applicant was Mazen Jamal Chams Eddin, a former dancer at Peppermints. For reasons not fully explained, Alternate Chair Wilson referred to the Applicant as “Rico” in his reasons for decision.

Mints/Peppermints is an adult entertainment establishment located in Niagara Falls. The business is divided into two areas. Mints is the part of the business that has female dancers and is located on the second floor of the building. Peppermints – the part of the business most relevant for this matter – has male dancers and is located on the first floor of the building. Rico started working for Peppermints in January 2016, initially as a server and then as a dancer.

Although not material to the decision or what I am going to write about, I cannot pass up the opportunity to note this finding of fact, “Peppermints is the only adult entertainment establishment in Niagara Falls that has male dancers. It … sells alcohol, while the dancers entertain the patrons by dancing on stage and offering a variety of more personalized services. These include lap dances, table dances and party packs.”

Alternate Chair Wilson’s reasons also contain the heading “The expectation of full nudity.” Again, not material to what I am going to write about, but again, not every day you encounter such a heading.

On December 6, 2017, while working at Peppermints, Rico was assaulted by Josh, another dancer. Some time in early January, Josh was arrested for the workplace assault. The arrest occurred inside the club with many of the dancers (including Rico) watching.

The Board found that there was no dispute that Rico was a worker under the Act and thereore protected by section 50(1). It was also not disputed that Rico suffered a violent event at the hands of a co-worker on April 24, 2017 and that this event was reported.

However, what the Board found was that, “in order to conclude that there had been a reprisal, the Board must be satisfied that Rico was engaged in the exercise of his statutory rights, and that the exercise of those rights was a motivating factor, even in part, for Peppermints to engage in one of the prohibited activities described in subsection 50(1)(a) to (d).

[81] Peppermints argues that Rico was not engaging in a protected activity under the Act since he was pursuing the criminal charges against Josh. It further argues that while the incident giving rise to the criminal charges may have occurred in the workplace, it ceased being a workplace issue once it had been dealt with by Rob and once Rico started interacting with the police and the Crown.

[83] The Board is not persuaded that the applicant’s pursuit of criminal charges against Josh had anything to do with the employer’s duty to take all reasonable precautions for the protection of the applicant. Rather, it is more likely that Rico was pursuing criminal charges because he was assaulted.

[84] The fact that the assault occurred in the workplace does not ipso facto trigger the protections of s. 50(1) of the Act. In order to fall within the protected activity, the worker must be seeking enforcement of the Act. This is not to say that a complainant may never legitimately pursue both a remedy under the Act and criminal charges under the Criminal Code contemporaneously.

The case stands as an important reminder of the limits of the OLRB’s jurisdiction to address workplace violence and workplace harassment. As OLRB Vice-Chair Jesse M. Nyman wrote in the 2013 OLRB case of Ljuboja, which concerned workplace harassment, “complaints about workplace harassment and the harm caused by that harassment will have to be found elsewhere, such as at common law or, if the harassment is based upon a protected ground of discrimination, at the Human Rights Tribunal of Ontario. While the Act obligates employers to have a policy that enables workers to bring complaints forward, and the Board has the authority under section 50 to protect individuals who invoke that procedural right, the Board does not have any general authority to remedy the underlying workplace harassment that gave rise to the complaint in the first place.”