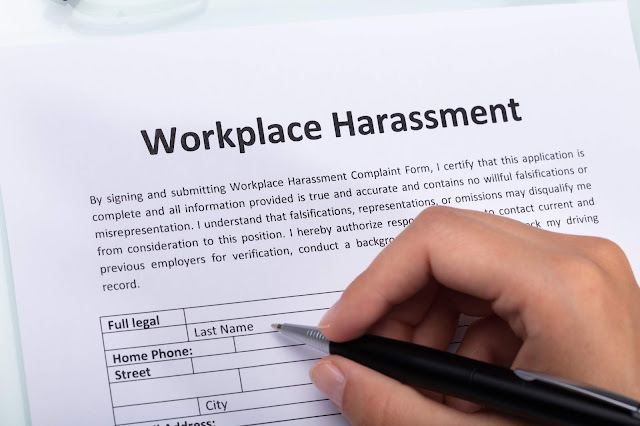 Does the failure to respond to a request for a workplace harassment investigation warrant an award of aggravated damages, where the employee is later terminated for complaining about such harassment?

Heidi Bassanese, the plaintiff, worked in an administrative position with the defendant, German Canadian News (“GCN”) for approximately 19 years. Ms. Bassanese’s duties included filing, reviewing and responding to correspondence, preparing and printing invoices to customers, taking orders for subscriptions, preparing orders, and related administrative tasks. She was 73 years of age at the time of her dismissal and earned approximately $75,000.00 annually.

Ms. Bassanese had also named Aniz Dhanani as a defendant in the matter, but settled her claim against Dhanani. Dhanani was employed at GCN as an accounts receivable clerk.

The case ultimately proceeded by way of a motion for default judgment against the defendant employer.

In her claim, Ms. Bassanese alleged that Mr. Dhanani was abusive, harassing and unprofessional towards her over a prolonged period of time. On several occasions over April and May of 2018, Bassanese complained to Chris Perske (“Perske”), the President of GCN, about Dhanani’s conduct.

On April 17, 2018, Bassanese wrote to Perske about “being constantly harassed by Dhanani yelling and screaming at me … telling me that I am an idiot and that I should be fired, etc, etc.” She added, “I am sorry Chris. I have never ever filed a complaint but I want you to step in and make sure this never happens again.”

Perske wrote back to Bassanese the same day, on April 17, 2018, stating, “Sorry to hear that. We’re a little short-staffed this week (2 illnesses, 1 sick child and a vacation) but I’ll run it by Anne Marie, she’s our HR person.”

Bassanese followed up with Perske again on May 7, 2018 and May 8, 2018. Perske responded on May 8, 2018 to indicate he had raised the issue with Anne Marie and that he would take further steps.

On May 15, 2018, Bassanese again wrote to Perske to complain about Dhanani’s ongoing, inappropriate conduct, concluding, “I am writing to you again to let you know that I am at my wit’s end and would like some sort of action to take place. I do not deserve to work in an environment where people are allowed to constantly yell and say inappropriate insults to me. Please look into this matter.”

There was an additional exchange between Bassanese and Perske on May 28, 2018, but no further action by GCN was forthcoming.

Bassanese alleged that on June 21, 2018, Dhanani slapped her across the face three times. On this occasion, Bassanese complained to GCN’s Managing Director, and a police report was filed. Her employment was terminated that same day. She alleges that her employment was terminated by the Managing Director in retaliation for this complaint. She was not provided notice or compensation for the loss of employment benefits.

On August 24, 2018, Bassanese commenced her lawsuit against the defendants. As mentioned, she was able to settle her case against Dhanani, but GCN never defended the case. The case proceeded by way of a motion for default judgment.

With respect to the reasonable notice period, Justice Sossin found that a 19-month notice period was appropriate.

With respect to the assault and battery, Justice Sossin found the employer vicariously liable for the slap and awarded Ms. Bassanese damages of $15,000.

Justice Sossin dismissed Ms. Bassanese’s claim for damages for intentional infliction of mental suffering on the basis that there was no evidence of a visible and proven illness in the pleadings or in the record.

Justice Sossin resolved to award Ms. Bassanese $50,000 in aggravated damages. His reasons for doing so were as follows:

[39] Aggravated damages are awarded because of the nature of the defendant's conduct. They are designed to compensate the plaintiff specifically for the “additional harm caused to the plaintiff's feelings by reprehensible or outrageous conduct on the part of the defendant.”

[40] Bassanese submits that a series of actions taken in “bad faith” cumulatively justify aggravated damages. These include:

[44] The allegations as pleaded by Bassanese are less egregious that those found against Wal-Mart in Boucher. The overt acts of vindictiveness cited in Boucher are not present in the facts as pleaded in the Statement of Claim. Bassanese has not pleaded that attempts were made to disparage her reputation at the time of dismissal, or threaten Bassanese for making her complaints. Rather, the central complaint about the dismissal and its lead-up is that GCN ignored her complaint and neglected to investigate the complaint or take steps to address Dhanani’s inappropriate conduct.

Justice Sossin then went on to dismiss the claim for punitive damages finding, “Given the amount of the compensatory damages to which Bassanese is entitled, in relation to the relatively small size of GCN, and the less egregious conduct of GCN over a shorter period of time as compared to other cases in which punitive damages have been awarded, I conclude an award of punitive damages is not appropriate in this case.”

Awards of damages for the failure to conduct a workplace harassment investigation are not new. I looked at a similar case in my post Punitive Damages Awarded for Failure to Conduct Harassment Investigation.

However, I do have one concern about this award: I have concerns with awarding compensatory, aggravated damages where there is a lack of medical evidence substantiating the same. Justice Sossin’s comment that there was “no evidence of a visible and proven illness in the pleadings or in the record”, although made in a different context, nonetheless give me pause that there was a sufficient enough record to merit the award of such damages. For example, in Walker v Hulse, Playfair and McGarry, 2017 ONSC 358 (CanLII), about which I blogged in my post No Aggravated Damages Absent Evidence of Mental Distress: Divisional Court, Mr. Justice Robert N. Beaudoin held that a trial court could not award aggravated damages to an employee who claims wrongful dismissal absent a finding of actual mental distress being suffered by that employee. In my opinion, if the court wished to punish the employer for bad behaviour, but no medical evidence was available, then punitive damages would have been the preferable head.