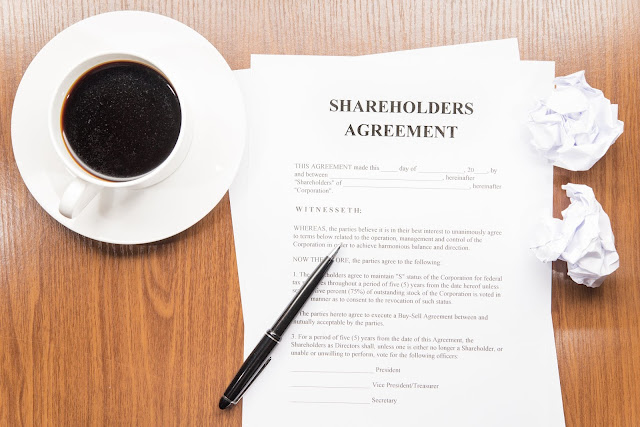 What happens to an employee’s rights under a shareholders’ agreement if the employee is wrongfully dismissed?

According to the Court of Appeal for Ontario in Mikelsteins v. Morrison Hershfield Limited, 2019 ONCA 515, the fact that an employee was “wrongfully dismissed” may be irrelevant.

Facts and Decision of the Ontario Superior Court

Ivars Mikelsteins is a former employee of Morrison Hershfield Limited (“MHL”). MHL is an employee-owned engineering firm that provides engineering and construction consulting services. Mr. Mikelsteins was employed by MHL for 31 years, most recently in the position of Director, Business Development.

On October 26, 2017, Mr. Mikelsteins was notified in writing that his employment was being terminated without cause, effective immediately.

Mr. Mikelsteins commenced an action for wrongful dismissal. He then brought a motion for summary judgment. In granting partial summary judgment, the motion judge, the Honourable Justice Shaun Nakatsuru of the Superior Court of Justice, awarded Mr. Mikelsteins damages for wrongful dismissal based on a notice period of 26 months. Since partial summary judgment was being awarded prior to the expiration of the notice period, Justice Nakatsuru reserved to himself any challenge that MHL might wish to bring, in the future, regarding Mr. Mikelsteins’ mitigation efforts. None of those determinations were appealed.

MHL appealed from the partial summary judgment awarding Mr. Mikelsteins an increase in the value of shares that he held in the parent corporation of MHL, along with a share bonus, through the period of reasonable notice.

Mr. Mikelsteins was one of a select group of MHL employees who were eligible to purchase shares of MHL’s parent corporation, Morrison Hershfield Group Inc. Those shares were governed by the terms and conditions of the Amended and Restated Morrison Hershfield Group Inc. Shareholders’ Agreement, dated January 18, 2013 (the “Shareholders’ Agreement”). At the time that his employment was terminated, Mr. Mikelsteins owned a total of 5,108 shares.

With respect to Mr. Mikelsteins’ shareholdings, Justice Nakatsuru determined that he was entitled to: (i) hold the shares until the end of the reasonable notice period (i.e. 26 months after he was notified of his termination and his association with MHL had ceased); and (ii) receive damages for the loss of the share bonus that would have been payable during such 26 month period.

Article 3 of the Shareholders’ Agreement deals with “Automatic Transfer Notices”, and applies in situations where, among other things, a shareholder resigns, is terminated, becomes bankrupt, or dies. Article 3.2 applies in cases of termination, and states:

MHL argued that Mr. Mikelsteins’ association with it had ceased by reason of the termination of his employment on October 26, 2017, which became the “trigger” date for purposes of the above provision. In accordance with that position, MHL paid Mr. Mikelsteins the sum of $999,431.28 (representing the “Fair Value” of his shares on November 25, 2017, which is 30 days from October 26, 2017, the date of his termination).

Justice Nakatsuru disagreed with MHL’s position. He concluded that Mr. Mikelsteins was entitled to receive payment for his shares with the value calculated at the end of the reasonable notice period. Justice Nakatsuru also concluded that Mr. Mikelsteins was entitled to the share bonus that would have accrued during the notice period. Justice Nakatsuru reached this conclusion based on his view that the “basic principle to be applied is to put the person in the same position they would have been in if lawfully terminated”: at para. 37. In so concluding, Justice Nakatsuru relied on the Court of Appeal’s decision in Paquette v. TeraGo Networks Inc., 2016 ONCA 618.

In allowing MHL’s appeal, Justice Ian V.B. Nordheimer wrote the following on behalf of the Court of Appeal for Ontario:

[14] This fundamental distinction is why the cases relied upon by Mr. Mikelsteins, including Paquette, do not direct the proper result in this case. Rather, it is governed by the decisions of this court in cases such as Evans v. Paradigm Capital Inc., 2018 ONCA 952, which, in turn, confirmed the conclusion reached in Love v. Acuity Investment Management Inc., 2011 ONCA 130. In Love, where virtually the identical issue was raised, Goudge J.A. said, at para. 54:

I therefore conclude that the appellant ceased to be an employee of the respondent on May 3, 2005, and that the trial judge erred in using the end of the notice period rather than his termination date as the trigger for the respondent's right to repurchase and for the valuation.

[15] The motion judge attempted to distinguish the decision in Love from the situation before him, on the basis of the specific wording of the terms of the agreement that were at issue in Love. In particular, the motion judge relied on the fact that the agreement in that case used the language “employment is terminated without cause” whereas, in this case, the Shareholders’ Agreement refers simply to “termination”. The respondent argues that the motion judge was correct to distinguish Love on that basis. I disagree.

[16] With respect, contractual rights differ from common law rights. Contractual rights depend on the terms of the contract to which the parties have agreed. The principle enunciated in Love, and reiterated in Evans, is that there is a difference between what a dismissed employee is entitled to as damages in lieu of notice upon termination of the employment contract and what the employee is entitled to under the terms of more specific contracts.

[17] Often, the terms of a dismissed employee’s rights to pension payments (e.g. Taggart v. Canada Life Assurance Co., [2006] O.J. No. 310 (C.A.), bonuses (e.g. Lin v. Ontario Teachers' Pension Plan Board, 2016 ONCA 619 (CanLII), 352 O.A.C. 10, or similar entitlements, fall to be determined by the remedies that arise from a breach of the contract of employment where the employer fails to give proper notice. In such cases, the dismissed employee will be entitled to the benefits he or she would have received during the notice period. That, however, is not this case.

[18] As pointed out in Love, the fact that a dismissed employee may be entitled to certain benefits during the notice period does not change the date when his or her employment ends. In this case, Mr. Mikelsteins’ employment ended on October 26, 2017. His entitlements relating to his shares are separate and apart from the relief to which he is entitled arising from his contract of employment. His entitlements relating to his shares fall to be determined by the terms of the Shareholders’ Agreement.

[20] None of this turns on whether the employee has been terminated with or without cause. I note, for example, that the employee in Evans had not been terminated without reasonable notice but rather had taken the position that she had been constructively dismissed. Nonetheless, this court applied the principle from Love because the terms of the shareholders' agreement in that case “clearly required the appellant to tender her shares for redemption on termination of her employment”.

[21] Similarly here, the Shareholders’ Agreement uses the cessation of Mr. Mikelsteins’ employment as the triggering event for the process to transfer his shares. The termination occurred on October 26, 2017. There is a very plain and obvious reason why a corporation, that is employee owned, and which has terminated an employee who also happens to be a shareholder, would wish to commence the process of repurchasing the employee’s shares the moment that employee is told of his or her dismissal, rather than at the end of the notice period. Understandably the corporation would not wish an employee to be able to exercise all of the rights of a shareholder once their employment is terminated.

[22] This conclusion also deals with the share bonus issue. Once it is concluded that the shares had to be transferred resulting from Mr. Mikelsteins’ termination, he ceased to have any entitlement to any bonus arising from the shares that he no longer owned.

[23] My conclusion regarding the shares requires me to address an alternative argument that is advanced by Mr. Mikelsteins – namely, that the terms of the Shareholders’ Agreement violate the Employment Standards Act, 2000, S.O. 2000, c. 41 and therefore are null and void and of no effect. On this point, Mr. Mikelsteins relies on s. 60(1)(a) of the Employment Standards Act, which reads:

During a notice period under section 57 or 58, the employer,

[24] The Shareholders’ Agreement does not alter any term or condition of employment. Indeed, this alternative argument repeats the same error made by the motion judge which is the conflating of Mr. Mikelsteins’ rights under his contract of employment regarding his entitlement to reasonable notice, and his rights under the Shareholders’ Agreement regarding his shares, and treating them as one and the same. They are not.

[25] Mr. Mikelsteins’ entitlement respecting the shares that he owned is determined in accordance with the terms of the Shareholders’ Agreement and only that agreement. The Employment Standards Act has no application. Mr. Mikelsteins received that to which he was contractually entitled when the appellant paid him for his shares.

I had written a really snotty commentary, in which I tried to demonstrate how much smarter I was than the Court of Appeal and how Justice Nordheimer could have written a better decision. But then I went back and re-read his reasons. I then deleted that snotty commentary.

I agree with the court. And Justice Nordheimer’s reasons do an excellent job of demonstrating why employment law principles did not apply to this particular set of facts. Sometimes I just need to agree, shut up, and move on.