Conscionability of Release Not Appropriate for Resolution by Summary Judgment 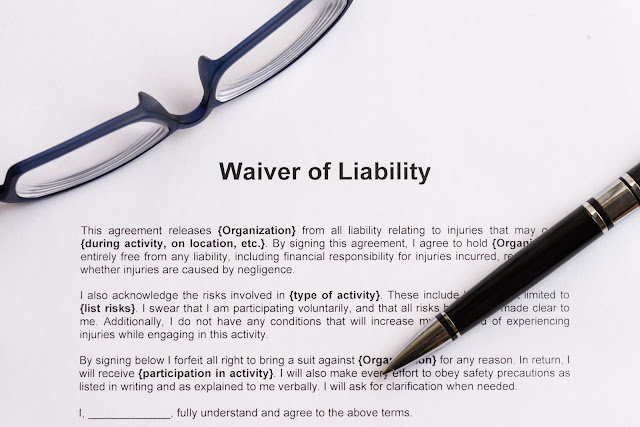 Is the issue of the “conscionability” of a full and final release, signed as part of a severance negotiation and purporting to release claims to long-term disability benefits, the kind of issue appropriate for resolution by way of summary judgment?

Notwithstanding the agreement of the parties that it was, in Swampillai v. Royal & Sun Alliance Insurance Company of Canada, 2019 ONCA 201, the Court of Appeal for Ontario held that, in the circumstances of this case, the issue of whether the release was unconscionable and therefore unenforceable was a genuine issue requiring a trial.

Joe Swampillai was employed by the Royal and Sun Alliance Insurance Company of Canada (“RSA”) for 14 years in a manual position in the mailroom. After becoming disabled, he received short-term disability benefits for the two-year maximum period from 2013 to 2015, based on his inability to do his job. While the benefit plan was self-funded by RSA, the plan was administered, adjudicated and paid by the Sun Life Assurance Company of Canada (“Sun Life”). Sun Life advised Swampillai on March 31, 2015 that he was not eligible for long-term disability benefits because he did not meet the definition of disabled from “any employment”. On June 2, 2015, Sun Life advised him that his appeal from that decision was dismissed and that he had until October 22, 2015 to make any further appeal. On June 19, 2015, he retained a law firm to pursue an appeal.

On June 24, 2015, RSA advised Swampillai that his employment was being terminated effective July 22, 2015, and provided him with a severance offer, which included a release of all claims against it, including for long-term disability benefits. Swampillai sought advice on the settlement from the law firm handling his appeal on the denial of his long-term disability benefits. He was informed that the firm did not practice employment law and that he could seek his legal advice on his severance elsewhere. He did not seek employment law advice but instigated further negotiations on his own with RSA. After some negotiation, which led to the improvement of the severance terms, on July 14, 2015, Swampillai accepted RSA’s offer and signed the release. He testified that he never “closely read” the release before signing it because he assumed it was “just a more legalese version of the June 24, 2015 letter”.

The insurance companies’ motion was heard by the Honourable Justice Peter J. Cavanagh of the Ontario Superior Court of Justice. For reasons reported at Swampillai v. Royal & Sun Alliance Insurance Company of Canada, 2018 ONSC 4023, Justice Cavanagh found that, in respect of the release of liability for the long-term disability benefits, the release was unconscionable based on the criteria for unconscionability set out in Titus v. William F. Cooke Enterprises Inc., 2007 ONCA 573. Because those criteria were met, summary judgment enforcing the release was denied and the release, as it related to the long-term disability claim, was set aside and declared unenforceable.

The Court of Appeal (Feldman, Roberts and Fairburn JJ.A.) held that Justice Cavanagh erred by finding unconscionability based on the record before him on summary judgment. The court held that, in the circumstances of this case, the issue of whether the release was unconscionable and therefore unenforceable was a genuine issue requiring a trial. The court said those things for two reasons.

[8] First, the record before the motion judge was insufficient to permit him to determine that the severance transaction in which the release was signed reached the high threshold of “grossly unfair and improvident” because it included the release of [Swampillai]’s long-term disability claim. It is not disputed that the amount of severance based on years of service was more than fair. It is also not disputed that there was no specific amount that was designated to compensate for the loss of the potential success of [Swampillai]’s long-term disability appeal claim. If successful, that claim to age 65 was estimated at $300,000. The absence of any information in the record about the appeal proceedings or the potential merit of those proceedings left a critical factual void. Without that information, it is difficult to know [Swampillai]’s risk in giving up his entitlement to a claim for long-term disability benefits or whether the admittedly enhanced severance adequately compensated for what may have been released. In other words, there was insufficient information against which the fairness of the transaction could be considered.

[9] Further, while the motion judge took into account the fact that the release did not mention Sun Life, he did not consider whether [Swampillai]’s failure to closely read the release impacted the analysis when applying the Titus factors. This was a circumstance that the motion judge should have adverted to when determining whether the transaction was grossly unfair and improvident.

As a result the Court of Appeal allowed the appeal and referred the issues of the unconscionability and enforceability of the release for determination at a trial.

In one of my very first posts, Release Reaches Farther than Expected, I wrote about the case of Zelsman v. Meridian Credit Union Limited, 2012 ONCA 358. In that case, the employee was insured for LTD benefits by the Great-West Life Assurance Company (GWL). The plaintiff employee, Ms. Zelsman was employed by the College of Family Physicians of Canada. Ms. Zelsman’s employment with the College was terminated in April 2008; however, she remained covered under the GWL policy for an additional month in which period she applied for LTD benefits. While GWL was adjudicating her claim for LTD benefits Ms. Zelsman was disputing the termination of employment, by filing a complaint with the Human Rights Tribunal. Ms. Zelsman settled her Human Rights complaint and signed a release in favour of her employer, which included a provision by which she agreed to release Great West Life from any and all claims, except those arising from a policy of insurance that she purchased after her termination from the College. The question was whether GWL could rely upon the release signed by Zelsman in favour of the College, in a case to which it had not been a party, in order to thwart the employee’s claims for benefits. On the original Application to sort out these questions, Justice Kendra Coats of the Ontario Superior Court of Justice held that although GWL had not been a party to the settlement or to the release, the language of the release was clear and unambiguous. The release was therefore found to be enforceable, a decision which was later upheld by the Court of Appeal for Ontario.

My takeaway from that decision for employees was to be careful what you read before you sign it. It would appear that the employee in this case failed to heed that advice.

The result of this case is simply that the issue gets kicked down the road. The employee lives to fight another day, but there is no guarantee that he will prevail.