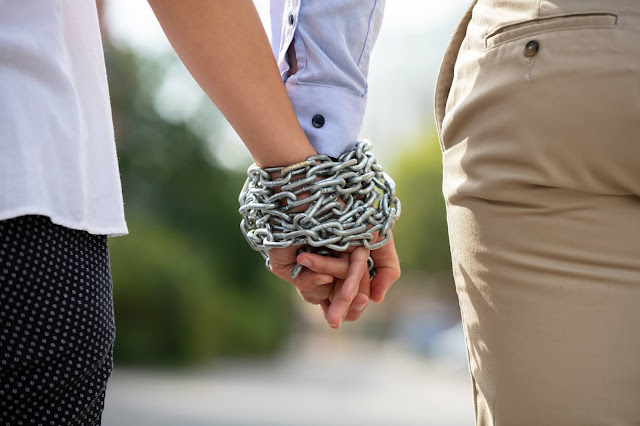 Is the amount of time spent as an “independent contractor” an appropriate fact for the court to consider when calculating the reasonable notice period if the worker later becomes either a true employee or dependant contractor?

In Cormier v. 1772887 Ontario Limited c.o.b. as St. Joseph Communications, 2019 ONSC 587 (CanLII), affirmed by the Court of Appeal for Ontario in Cormier v. 1772887 Ontario Limited (St. Joseph Communications), 2019 ONCA 965 (CanLII), Justice Paul Perell held that, it would be wrong in principle to ignore those years of the relationship in determining the reasonable notice period.

The case is an important read for those who may elect to start their relationship one way, but then change it over time.

Between 1996 and 2004, except for the months of May and November, which were said to be slow periods for the advertising industry, Ms. Cormier worked approximately 37 to 40 hours per week and exclusively for St. Joseph Communications. During this period, in the slow periods, she worked less than 37 hours per week for St. Joseph Communications and she did occasionally work for others.

After 2004 and until to 2006, she worked exclusively for St. Joseph Communications during the busy and slow periods.

On June 3, 2004, St. Joseph Communications hired Ms. Cormier as a Wardrobe Stylist pursuant to a written employment contract. There was no dispute that Ms. Cormier was a true “employee” as of and after June 3, 2004.

On July 13, 2017, Ms. Cormier commenced an action for damages for wrongful dismissal.

In finding that Ms. Cormier was a “dependant contractor”, the Honourable Justice Paul M. Perell of the Ontario Superior Court of Justice provided the following reasons for decision:

[41] The leading cases for the first step of differentiating employees from contractors, be they independent or dependent contractors (which is the focus of the second step of the analysis) are: Montreal v. Montreal Locomotive Works Ltd., 671122 Ontario Ltd. v. Sagaz Industries Canada Inc., Belton v. Liberty Insurance Co. of Canada, and Braiden v. La-Z-Boy Canada Ltd.

[42] The employee versus contractor cases establish that there is no litmus test or formula for determining the classification of the worker, and, rather, there is a non-comprehensive list of relevant criteria or factors which should be analyzed on a case-by-case basis to determine the true legal nature of the relationship. In determining whether the worker is an employee or contractor, the court must consider: (a) the intentions of the parties; (b) how the parties themselves regarded the relationships; (c) the behaviour of the parties toward each other; and (d) the manner of conducting their business with one another.

[47] Thus the extent to which, over the history of the relationship, the worker worked exclusively or near-exclusively or was required to devote his or her time and attention to the other contracting party’s business is an important factor in determining whether the worker is a dependent or independent contractor: the greater the level of exclusivity over the course of the relationship, the greater the likelihood that the worker will be classified as a dependent contractor. [48] In McKee v. Reid’s Heritage Homes Ltd., Justice MacPherson said that recognizing the intermediate category between employee and independent contractor accorded with the statutorily provided category of dependent contractor found in the Labour Relations Act, S.O. 1995. At para. 29 of his judgment in McKee v. Reid’s Heritage Homes Ltd., he stated:

Finally, recognizing an intermediate category based on economic dependency accords with the statutorily provided category of "dependent contractor" in Ontario, which the Labour Relations Act, S.O. 1995, c. 1, Sch. A, s. 1(1), defines as:

[49] It should be noted that if the analysis of the worker relationship reaches the second stage, there will inevitably be indicia that the worker was a contractor; for example, that he or she was paid in exchange for invoices and not issued salary cheques, but the analysis, nevertheless, continues to examine the true substance of the relationship. Thus, the case law reveals that the fact that the worker operated as a sole proprietor or through a business is relevant but not determinative of the worker’s status.

[50] What the parties may choose to call their relationship is relevant but not determinative, and the court will determine the nature of the relationship based on the conduct of the parties.

[51] In the case at bar, in my opinion, there is no genuine issue for trial about Ms. Cormier’s status in the workplace.

[52] While as the above account of the facts reveals, there are some indicia of a genuine independent contractor relationship, the issuance of invoices being one such indicia, and while it is arguable that during the very early years of the relationship there was more independence, nevertheless, within two years, if not earlier, Ms. Cormier was a dependent contractor. She worked exclusively for St. Joseph Communications and, practically speaking, it was her boss. In the immediate case, having regard to the nature of her work as a Wardrobe Stylist the indicia of independence or dependency such as tools and control are not very helpful in defining the relationship, and it appears that not much changed in how she carried on work before or after June 3, 2004, when she changed from a Freelance Wardrobe Stylist to a Wardrobe Stylist under an employment contract. In other words, there is little to distinguish between her years as a dependent contractor and her years as an employee. What stands out is that Ms. Cormier had a twenty-three solid workplace relationship with St. Joseph’s communications.

Of greater significance is what Justice Perell then did with his finding that Ms. Cormier was a dependant contractor. In awarding Ms. Cormier 21 months’ pay in lieu of notice, Justice Perell, after citing the usual factors for calculating reasonable notice, provided the following reasons for his decision:

[72] Putting aside the enforcement of the termination clauses, which was St. Joseph Communications’ main line of defence, its theory was that Ms. Cormier’s years as an independent contractor should be ignored and be given no weight in the determination of the notice period. It asserted then that the appropriate notice period for Ms. Cormier was twelve months reflecting her employment relationship from 2004 to 2017 (almost 13 years).

[73] However, in my opinion, even if I had concluded that Ms. Cormier was an independent contractor from 1994 to 2004, it would have been wrong in principle to ignore these years of their relationship in determining the reasonable notice period. The court should take all of the circumstances into account and in the immediate case even if I had found Ms. Cormier to be an independent contractor, I would not have ignored those years of their relationship. In either case, considering all of the relevant factors and the particular facts of this case, I conclude that the reasonable notice period for Ms. Cormier at the time of her dismissal is twenty-one months.

In the result, Ms. Cormier was awarded 21 months pay in lieu of notice.

Perhaps not surprisingly, St. Joseph appealed Justice Perell’s decision. As fate would have it, I happened to be in the courtroom while the appeal was argued. While there were a lot of issues on appeal, it was obvious that the issue in which the panel (Feldman, Fairburn and Jamal JJ.A.) was most interested was the question of whether Justice Perell was correct to ‘attach’ Ms. Cormier’s ten years as a dependant contractor to the consideration of the reasonable notice period. I am not sure that counsel ever engaged the issue to the panel’s satisfaction.

In upholding Justice Perell’s decision, the Court of Appeal for Ontario provided the following reasons for decision:

[20] The appellant also challenges the 21 months of notice, claiming that it was unreasonable and that the motion judge wrongly thought that it had conceded the point. The motion judge said that, although the appellant asked for a lesser notice period, that request “depended in the main on the enforcement of the termination clause or on defining [the respondent’s] years of employment as commencing with an original hire date of June 7, 2004.” If the respondent was found to have had a longer employment relationship, though, the motion judge noted that the appellant “actually suggested that the appropriate notice period was around twenty to twenty-one months.”

[21] We agree with the motion judge’s characterization of the appellant’s position. In the appellant’s written submissions on the motion, it accepted that based upon a “hire date of 1994”, the reasonable notice period would be 21.6 months. In any event, in the circumstances of this case, and considering the 23-year work history, 21 months of common law notice was squarely within a reasonable range.

[22] The appellant also points out that there is a clause in the employment contract that says, “Your original hire date of June 7, 2004 will be recognized as your start date for the calculation of your years of service, vacation entitlement and heath care benefits under this agreement.” The appellant argues that this clause means that the length of the reasonable notice period at common law should not be calculated with regard to the period of time prior to June 7, 2004, when the respondent acted as a dependent contractor. We disagree. Years of service may be used for any number of purposes that do not relate to an employee's rights on termination. If an employer wishes to contract out of the common law reasonable notice period, the contract must clearly specify another period of notice: Wood v Fred Deeley Imports Ltd., 2017 ONCA 158, at para. 15, citing Machtinger v. HOJ Industries Ltd., [1992] 1 S.C.R. 986, at p. 998. This contract did not contain the type of clear language that would be needed to contract out of that notice.

This decision is a bit of a contradiction. On the one hand, the decision is of great consequence because I can think of no other decision in which the court has expressly said that time spent as an independent contractor will be considered in calculating the reasonable notice period if the worker later becomes either a true employee or dependant contractor.

On the other hand, it is hard to find error in Justice Perell’s decision. His reasons are predictable and cogent. Notwithstanding what I literally just said, it feels like he breaks no new ground here. The Court of Appeal’s decision in McKee blurred the lines between contractors and employees to the point that a decision such as St. Joseph’s was reasonably foreseeable.