Quit While You're Ahead and Leave the Numbers Out of It 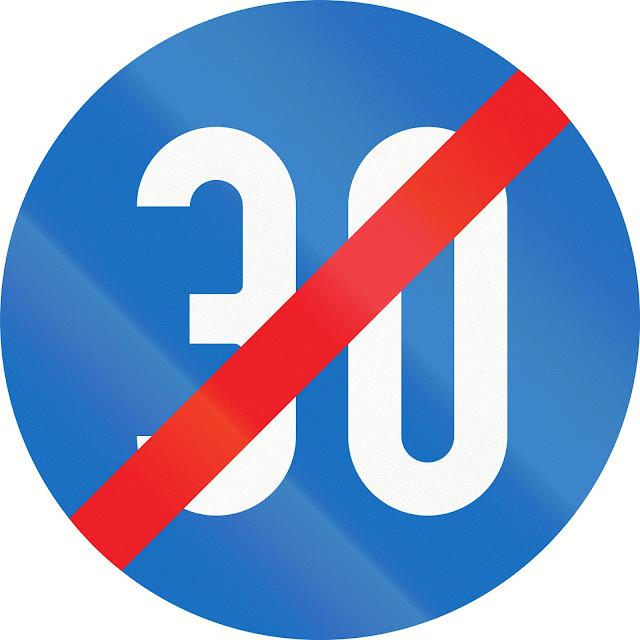 Quit while you’re ahead and leave the numbers out of it. Those are the fundamental lessons from the decision of the Court of Appeal for Ontario in Rossman v. Canadian Solar Inc., 2019 ONCA 992 (CanLII).

In yet another case concerning a contractual termination clause, the Court of Appeal for Ontario held that adding the words “Benefits shall cease 4 weeks from the written notice” after language guaranteeing that the employer would comply with the ESA not only violated the terms of the ESA on its face but created ambiguity as to the employer’s true intentions.

The case is a useful primer on the fundamental principles governing contractual termination clauses. In his reasons for decision, MacPherson J.A. sets out what he calls the “leading ‘umbrella’ cases in employment law” (see paragraphs 16-24 of the court’s reasons for decision), which is worth a read for anyone new to this issue.

As I read the Court of Appeal’s decision, the reason the termination clause failed is because of the placement of the ‘ESA guarantee.’ I get the sense that, had the employer’s guarantee to provide minimum statutory entitlements followed the ‘four-week’ clause, then perhaps the court would have upheld the provision. It’s tough to say though.

The lesson that I think one can glean from this decision is that if an employer wants to put a limit on something, then they would be prudent to refrain from using actual numbers.

Here is the termination clause at issue:

9.01 The parties understand and agree that employment pursuant to this agreement may be terminated in the following manner in the specified circumstances:

(c) by the Employer, after the probation period, in its absolute discretion and for any reason on giving the Employee written notice for a period which is the greater of:

(ii) In accordance with the provisions of the Employment Standards Act (Ontario) or other applicable legislation,

In dismissing the employer’s appeal from the decision of Justice Marc R. Labrosse of the Superior Court of Justice, dated December 14, 2018, with reasons reported at 2018 ONSC 7172, Justice James C. MacPherson held that the Termination Clause was void at the outset, which alone sufficed to dispose of the appeal.

(a) Intention to contract out of the ESA

[26] The impugned provision in the present appeal states, “Benefits shall cease 4 weeks from the written notice” (the “four-week benefits clause”). On its face, this language flies in the face of the ESA.

[27] Canadian Solar submits that the four-week benefits clause provided Mr. Rossman with more generous benefits than those statutorily prescribed if he were terminated in the first three years of his employment. In addition, Canadian Solar acknowledges that a problem would arise if it had terminated Mr. Rossman after four (or more) years of employment. However, Canadian Solar terminated Mr. Rossman just under two years after he signed the 2012 Employment Agreement and even only three years and nine months after he signed the 2010 Employment Agreement. Hence there is no prima facie or possible violation of the notice periods in the ESA.

[28] In my view, it is not open to this court to save the impugned provision of the 2012 Employment Agreement with the benefit of hindsight. As Doherty J.A. stated, the Termination Clause “must be read as a whole and in the context of the circumstances as they existed when the agreement was created” (emphasis added): Dumbrell v. Regional Group of Companies Inc., 2007 ONCA 59, at para. 53.

[29] Accordingly, it is irrelevant whether the impugned provision accords with the minimum employment standards in certain circumstances. The employment contract was for an indefinite period. As such, the benefit period needed to run for a minimum of eight weeks to comply with the outermost eight-week minimum statutory notice period: ESA, s. 57(h). It did not. It is therefore void and unenforceable.

(b) The Termination Clause is ambiguous

[30] The Termination Clause is ambiguous, and the ambiguity is not erased by the saving provision.

[31] In making its submission on this point, Canadian Solar relies heavily on Amberber, a case in which this court held that a motion judge erred by finding ambiguity in a termination provision. In reaching this decision, relying on Machtinger, this court said that employment contracts can “referentially incorporate the minimum notice requirements of employment standards legislation, or otherwise take into account later changes to such acts”: at Amberber, para. 53. [32] In Amberber, the saving provision was, at para. 13:

[33] In the present case, the saving provision is:

[34] I agree that these two saving provisions are virtually identical. There is, however, a crucial difference between the termination clauses in the two employment contracts. In the present case, there is this terse and final sentence in the Termination Clause: “Benefits shall cease 4 weeks from the written notice.” There is no similar language in the employment contract at issue in Amberber. Accordingly, the 2012 Employment Agreement contains, as the motions judge found, a genuine ambiguity created by the duelling language in the Termination Clause – the initial ‘ESA trumps’ language versus the concluding ‘but nothing above 4 weeks’ language.

[35] Unlike the rest of the language in the Termination Clause, the four-week benefits clause is not future facing, nor does it express an intention to conform to the ESA. It cannot be the case that the saving provision here – designed to make the Termination Clause compatible with future changes to the ESA – could reconcile a conclusory provision that is in direct conflict with the ESA from the outset.

[37] Finally, I observe that this court’s recent decision in Andros is directly applicable to the interpretation of the Termination Clause in the present appeal. In Andros, the motion judge found that the termination clause was unclear as to whether the two notice provisions respected the minimum statutory requirements: at para. 8. Fairburn J.A. noted that since the provisions breached the ESA, it was unnecessary for the motion judge to consider whether the termination clause was ambiguous. However, she addressed the question of ambiguity because the parties raised it. In doing so, she determined that the motion judge correctly found that, at best, the clauses were ambiguous because the employee “would not have known with certainty what his entitlements at the end of his employment would be”: at para. 31. It is a longstanding principle in employment law that “Employees should know at the beginning of their employment what their entitlement will be at the end of their employment”: Wood, at para. 28.

[38] As was the case in Andros, when Mr. Rossman signed the 2012 Employment Agreement, he could not have known with certainty whether the minimum statutory requirements would apply to the four-week benefits period, especially if he were terminated after four (or more) years of employment. Accordingly, the final sentence of the Termination Clause is ambiguous and therefore void and of no effect.

[39] I make a final observation. Employees need to know the conditions, including entitlements, of their employment with certainty. This is especially so with respect to an employee’s termination – a fragile moment of stress and uncertainty.

[40] In this context, saving provisions in termination clauses cannot save employers who attempt to contract out of the ESA’s minimum standards. Holding otherwise creates the risk employers will slip sentences, like the four-week benefits clause, into employment contracts in the hope that employees will accept the terms. This outcome exploits vulnerable employees who hold unequal bargaining power in contract negotiations. Moreover, it flouts the purpose of the ESA – to protect employees and to ensure that employers treat them fairly upon termination: Machtinger, at pp. 1002-3.

[41] While employers are entitled to contractually amend the ESA’s notice requirements, as long as they respect the minimum standards, they are not entitled to offend them. Employers must have an incentive to comply with the ESA’s minimum notice requirements. They cannot be permitted to draft provisions that capitalize on the fact many employees are unaware of their legal rights and will often refrain from challenging notice provisions in court: Machtinger, at p. 1004. Attempting to reconcile the provisions of the Termination Clause with the benefit of hindsight runs counter to the remedial purpose of the ESA.