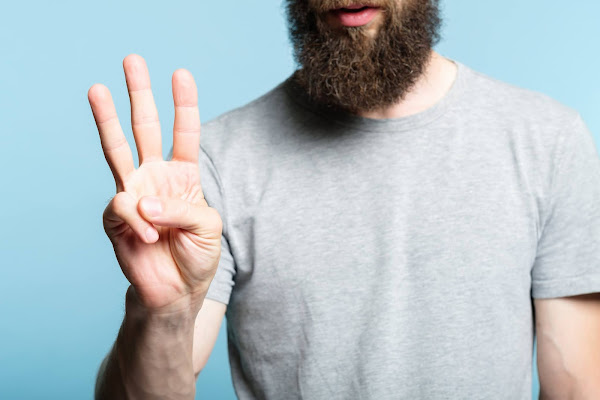 Since 2012, I have posted what I consider to be the “Top Five Cases of Importance to Ontario Employment Law:”

2020 being what it is – different – I am changing it up. This year, I am only posting the Top Three Decisions of Importance to Ontario Employment Law.

What it Takes to Make it to the Top Five Three

Six years ago, in 2014, I established some criteria for crafting a top five list. Those criteria are as follows:

Second, the decision must have a considerable impact on employment law. For this reason, I exclude the Supreme Court of Canada’s decision in Uber Technologies Inc. v. Heller, 2020 SCC 16, the appeal decision of last year’s Number Five case because, quite frankly, there is no employment law in that decision. (See paragraph 99 of the Supreme Court’s decision, “Given the conclusion that the arbitration agreement is invalid because it is unconscionable, there is no need to decide whether it is also invalid because it has the effect of contracting out of mandatory protections in the ESA.”)

Why It Makes the List: How can I write a post about 2020 and not include at least one decision about COVID-19? There is simply no other issue that has dominated 2020 like the global pandemic.

In Garda, an Ontario labour arbitrator held that an employee’s failure (or blatant refusal) to follow an employer’s directions to protect public health – during a global pandemic – was cause for termination of employment.

This case will be incredibly important as employers consider the extent to which they will impose their own obligations on employees – the most controversial of which being whether employees must be vaccinated against COVID-19 to return to in-office work. (My sense is that the answer is that employers can make such rules, subject to the duty to accommodate rights enumerated in the Human Rights Code. Simply because accommodations must be afforded does not mean that rules cannot be established.)

Why It Makes the List: Unlike the Court’s decision in Heller, Matthews v. Ocean is an employment law decision. And, even though the case concerned an appeal from the Court of Appeal for Nova Scotia, almost all of the case law cited in the decision comes from Ontario.

Matthews is, in large part, an affirmation of the Court of Appeal for Ontario’s decision in Paquette v. TeraGo Networks Inc., 2016 ONCA 618, my Number Three case in 2016, and about which I originally blogged in my post Employees Not “Actively Employed” Still Entitled to Bonus Payments: ONCA. In short, Matthews holds that if an employee would have received a bonus, or some other form of remuneration during the reasonable notice period, then a dismissed employee is entitled to receipt of same during the notice period, unless that right is clearly ousted by a separate agreement. The fact that the SCC remanded the case of Mikelsteins v. Morrison Hershfield Limited, 2019 ONCA 515 back to the ONCA for reconsideration does not give me warm fuzzies about where things are going.

More importantly, however, is what courts do with Justice Kasirer’s call, at paragraphs 78 et seq, for some form of remedy for breach of the duty of good faith. Paragraphs 83 and 87, reproduced below demonstrate that the Court clearly wanted to hand Mr. Matthews more money:

[83] I would not, however, say anything further on how Bhasin, on the one hand, and Wallace and Keays, on the other, apply to this case. It suffices to say that a contractual breach of good faith rests on a wholly distinct basis from that relating to the failure to provide reasonable notice. I say this on the basis of my proposed conclusion above, with respect to Mr. Matthews’ financial claim for breach of the implied duty to provide reasonable notice. At the hearing, counsel for Mr. Matthews acknowledged that, if he received damages to compensate him for his lost LTIP payment as part of his reasonable notice damages, he cannot now claim the same amount under the Hadley principle. While the breaches of contract are indeed distinct, they cannot be deployed to provide what amounts to double recovery. Moreover, Mr. Matthews drew the Court’s attention to the anxiety caused by Ocean, but made no request for damages for mental distress. As noted, while he originally claimed for punitive damages at trial, he did not pursue this head of damages on appeal. Given that Mr. Matthews failed to press his claim with further detail or argument, even when questioned on point by members of the Court, I need not go further to decide whether some duty of good faith has been breached, since no further remedies are being sought.

[87] Lastly, I recall that in his original application, Mr. Matthews sought a declaration that the termination of his employment reflected conduct on the part of Ocean that was oppressive and unfair, and that his dismissal was “carried out in bad faith at law and in breach of [Ocean’s] duty of good faith”. I recognize that, generally speaking, the mental distress that an employee might feel as a result of employer dishonesty is translated by law, in financial terms, as damages, and that, further, Mr. Matthews has declined to seek such damages here. Nevertheless, a proper acknowledgment that an employer’s conduct was contrary to the expected standard of good faith can transcend the request for damages, and may be meaningful for an employee in a way that a mere finding that reasonable notice was provided cannot. One aspect of this relates to dignity in the workplace, and the non-financial value associated with fair treatment upon dismissal (J. Fudge, “The Limits of Good Faith in the Contract of Employment: From Addis to Vorvis to Wallace and Back Again?” (2007), 32 Queen’s L.J. 529, at p. 548; G. Anderson, D. Brodie and J. Riley, The Common Law Employment Relationship: A Comparative Study (2017), at Ch. 11). Indeed, this Court has been emphatic in recognizing that, in addition to whatever financial dimension work entails, a person’s employment is “an essential component of [their] sense of identity, self-worth and emotional well-being” (Reference re Public Service Employee Relations Act (Alta.), [1987] 1 S.C.R. 313, at p. 368). To this end, it is understandable that employees seek some recognition that they have been mistreated, reflecting that they feel it unfair, beyond any compensatory matter, that they were forced to quit in such circumstances.

Yikes! That is going to turn into something. Although, in my own opinion, in Ontario, such claims will be curtailed, if not wholly prevented, by virtue of subsection 13(4) of the Workplace Safety and Insurance Act, 1997 and the decision on the WSIAT in Morningstar v. Hospitality Fallsview Holdings Inc. (Decision No. 1227/19), 2019 ONWSIAT 2324. (More on this to come.)

The effect of the decision has been employers scrambling to update their contracts of employment, and dismissed employees (and the law firms that represent them) updating their demand letters to make claims for pay in lieu of reasonable notice, where the agreement would have previously ousted such claim.

In my opinion, while there is some appeal to the result in Waksdale, such decision stands at odds with the general interpretation of contracts repeatedly espoused by the Supreme Court: the interpretation of contracts has evolved towards a practical, common-sense approach not dominated by technical rules of construction with the overriding concern to determine “the intent of the parties and the scope of their understanding.” If Waksdale was intended to be a case about severability (and it was,) then the Court of Appeal for Ontario’s decision has firmly established employment law as a distinct body of law, divorced from the law of contract.

Not only did the Supreme Court not take on the employment issues in Heller, but two other things happened that were totally unforeseen a year ago.

While no one, and I mean no one, should have expected me to predict a global pandemic, perhaps the decision in Waksdale was foreseeable. The Court of Appeal has been nibbling away at termination clauses, such that the decision is not entirely surprising. To the extent that I got anything correct, Waksdale is an example of substance over form.