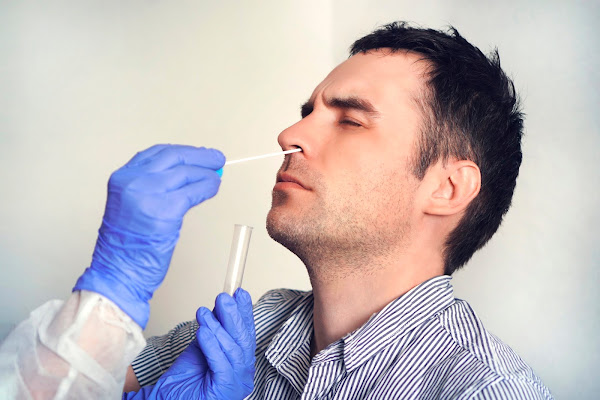 Is an employer policy requiring bi-weekly testing for COVID-19 a reasonable exercise of management rights, or is such a policy an unreasonable infringement on the workers’ rights?

The decision at issue concerned a group grievance filed by the Christian Labour Association of Canada (“CLAC”), Local 303 on behalf of a number of its members working at a Caressant Care retirement home located in Woodstock, Ontario.

The grievance challenged the reasonableness of a unilaterally imposed policy requiring all staff at the Home to be tested for COVID-19 every two weeks. Essentially, the Employer took an Ontario government request or recommendation for retirement homes and converted it into a mandatory requirement, the elements of which are as follows:

In dismissing the union’s grievance, Arbitrator Randall wrote the following:

KVP holds that a rule introduced by the employer without the Union's assent will give rise to discipline only if the rule meets the following criteria:

Criteria 3-6 were not contested. I have no doubt that the policy is clear and unequivocal. Nor do I have any difficulty in concluding that it was brought to the attention of the employees affected before the Employer attempted to act on it.

While the Union's reliance on drug and alcohol testing cases is a reasonable starting point for the analysis -weighing the privacy breach against the goals of the policy -clearly controlling COVID infection is not the same as monitoring the workplace for intoxicants and I so find. They are different in kind. Intoxicants are not infectious. COVID testing reveals only one piece of information: the employee's COVID status. Being intoxicated is culpable conduct; testing positive is not.

But, most importantly, while the privacy intrusion is arguably comparable, in both cases, the factors to be taken into account in order to determine the weight to be given to the need for COVID testing as compared with drug and alcohol testing, is not. COVID is novel, thus its name. Public health authorities are still learning about its symptoms, its transmission and its long-term effects.

What is known is that it is highly infectious and often deadly for the elderly, especially those who live in contained environments.

In my view, when one weighs the intrusiveness of the test: a swab up your nose every fourteen days, against the problem to be addressed -preventing the spread of COVID in the Home, the policy is a reasonable one. While the Home had not had an outbreak, I agree entirely with the Employer that, given the seriousness of an outbreak, waiting to act until that happens, is not a reasonable option.

I agree with the Union that the testing policy is not perfect and not a panacea. Obviously, testing has innate shortcomings as outlined by Ms. McColgan. And not testing residents, given that they make up the majority of people in the Home, negatively effects the utility of the mandatory employee testing.

However, I strongly disagree with the Union and/or Ms. Mccolgan characterizing testing as a limited surveillance tool. That is not accurate. A negative test may be of limited value to the individual employee tested but it is of high value to the Home; and a positive test is of immense value to both the employee and the Home. A positive test leads to identification, isolation, contact tracing and the whole panoply of tools used in combatting the spread of the virus. Arguably, the only way the testing could be improved is to increase its frequency, but that is not a proposal likely to have legs in the bargaining unit.

In an earlier post, Failure to Follow Covid-19 Directions Cause for Termination I examined the case of a labour grievance concerning an employer’s mandatory direction to self-isolate subsequent to testing for COVID-19. In that case, similar to this one, the arbitrator found the employer’s policy to be reasonable, essentially on an “the ends justify the means” basis.

It is trite to observe that COVID-19, managing it, responding to it, etc. will be the leading issue for 2021. Cases such as this one demonstrate that employers’ efforts to control and contain such disease may well be upheld as reasonable, so long as they are not intrusive, not cumbersome, and tied to a rationale purpose.

Have questions about COVID-related employment issues. I can help. Call me. Email me. Do what works for you.