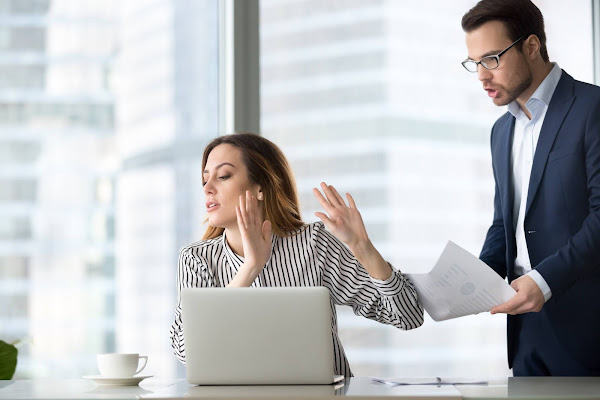 If an employee leaves work and refuses to return until certain demands have been met, and if the employer is unwilling to meet those demands, has the employee been fired, has she quit, or what happened?

In Anderson v. Total Instant Lawns Ltd., 2021 ONSC 2933 (CanLII), Madam Justice Julianne Parfett of the Ontario Superior Court held that the employee had not been fired; her own actions had repudiated the contract.

In 2018, the Plaintiff, Karen Anderson was employed by the Defendant company as an office manager pursuant to a fixed term contract. Her contract was for employment from April to December. The Defendant company is a small, family run company that installs sod for large residential and commercial sites. Their work is seasonal in nature.

Ms. Anderson’s work included recording the workers’ hours that were sent to her via What’s App. She would then prepare the payroll and cheques for the CEO and co-owner, Mr. Jacob Kwiatkowski, to sign. She also did the scheduling of the work crews.

Ms. Anderson’s husband, Jason Valley worked for the Defendant on a temporary basis. His last cheque was to be issued on July 6, 2018.

Ms. Anderson texted Mr. Kwiatkowski about the unsigned cheque and she was advised that there was a problem with the hours listed for Mr. Valley. In addition, Mr. Kwiatkowski indicated he wanted to deduct pay from Mr. Valley because on his last day, he had not brought his truck back to the office, which meant another employee had to take time to get the truck.

I’ve clocked hours as I’ve gotten them. I’m not happy about this Jacob. It’s not fair and it’s not ethical. In all honesty I’m ready to leave and return when Jason has the pay owed to him.

At approximately 9am on July 6, 2018, Ms. Anderson walked out of the office. According to Ms. Anderson, she had a headache and was taking the day off, but she fully intended to return to work the following Monday. She stated in her evidence that she told the other employee who was present in the office that day – MC – that she was leaving the office for the day. She denied that she took all her belongings with her. She indicated that Mr. Kwiatkowski asked her to leave her key and she stated that she had already put the keys on his desk.

According to Mr. Kwiatkowski, Ms. Anderson took all her belongings with her when she left that day. Despite the ultimatum issued by Ms. Anderson, Mr. Kwiatkowski indicated that he was unsure whether she intended to return to work.

During the evening of July 6, there was a meeting at Ms. Anderson’s house. Most of the Defendant’s employees were present as was Mr. Valley and Ms. Anderson. They prepared a document they described as a ‘Strike Notice’.

The following day, Mr. Kwiatkowski was advised by another employee that the entire workforce had walked out and was refusing to work unless certain demands were met, mostly to do with pay rates and safety issues. This employee gave Mr. Kwiatkowski the ‘Strike Notice’. It had been signed by several employees, including Ms. Anderson. In that notice, the signatories demanded that ‘those who were wrongfully terminated, namely … Karen Anderson shall be offered their previous positions back at full pay and to the terms of their contracts should they still wish employment with Total Instant Lawns Ltd.’ In addition, the notice demanded that Mr. Valley be paid his wages in full and that Ms. Anderson be given authority to schedule the workers without alteration by management.

In response to this notice, Mr. Kwiatkowski sent a text message to Ms. Anderson as follows:

You are, as of this moment, barred from visiting or entering any of our properties, facilities or job sites. You are also prohibited from accessing any of our computers or online accounts. This is including, but not limited to, salesforce, godaddy emails and Moneris. If you have any personal belongings in the office, let me know what they are and I will ship them to you sometime next week. Do not delete any messages pertaining to Total Instant Lawns. I hereby demand that you provide me with a copy of every conversation with all of our employees, past and present. This includes individual conversations and all group conversations. These messages are property of Total Instant Lawns. And I demand that you retain such records for 90 days. I demand every and all clock in and clock out messages, without any alterations of any kind, be included.

Both parties agree that Ms. Anderson’s employment ceased as of July 7, 2018.

The issue that the court was called to answer was whether Ms. Anderson voluntarily left the Defendant company or was terminated.

[26] As noted in Kieran v. Ingram Micro a resignation must be clear and unequivocal. Additionally,

Whether words or action equate to resignation must be determined contextually. The surrounding circumstances are relevant to determine whether a reasonable person, viewing the matter objectively, would have understood Mr. Kieran to have unequivocally resigned.

[27] In the present case, the Defendant has alleged that Ms. Anderson either resigned, abandoned or repudiated her employment. The test for abandonment is similar to that of resignation. In considering whether an employee has abandoned their employment, the court can look to factors such as a failure to report to work, a failure to follow policies and procedures, relocation and a lack of intention to return.

[28] On the other hand, the test for repudiation of an employment contract is the following:

[29] Where an action alleges wrongful dismissal, the employee bears the onus of demonstrating that their employment was terminated. The test is whether a reasonable person would consider the employer’s statement or actions to be a termination.

[30] Ms. Anderson’s testimony as to what happened on July 6, 2018 is contradicted by both Mr. Kwiatkowski and Ms. Coulson. I accept Ms. Coulson’s evidence that Ms. Anderson told her she had been fired and would not be returning to work.

[33] However, I cannot find that Ms. Anderson resigned. As noted earlier, any resignation must be clear and unequivocal. Ms. Anderson never unequivocally indicated to Mr. Kwiatkowski that she was not returning to work. This conclusion is supported by the fact Mr. Kwiatkowski testified that as of July 6, he thought the situation could still be salvaged. Additionally, Ms. Coulson understood that Ms. Anderson had been terminated. In the circumstances, the situation was unclear.

[34] Conversely, the evidence does indicate that Ms. Anderson had no intention of returning to work as of July 6, 2018 unless certain conditions were met. I find that she repudiated her employment contract. I cannot find that Ms. Anderson instigated the work stoppage, but I do find that she was an active participant in the organization of the work stoppage. The meeting was held in her home, she is specifically mentioned in the ‘Strike Notice’ and she signed the ‘Notice’.

[36] In addition, Ms. Anderson reiterated her demand that Mr. Valley be paid according to the hours she recorded. Moreover, one of Ms. Anderson’s duties was to keep track of all employees’ hours and prepare payroll based on those hours. Mr. Kwiatkowski was ultimately responsible for reviewing those records and signing the pay cheques. In failing to keep Mr. Valley’s hours and refusing to provide Mr. Kwiatkowski with any record of his hours, Ms. Anderson was refusing to perform her duties.

[37] In the circumstances, this behaviour constituted an attempt on Ms. Anderson’s part to make significant changes to her duties as outlined in her employment contract and it was incompatible with her continued employment.

There is no indication as to how much money was sought by Ms. Anderson in her wrongful dismissal claim, nor how much was sought by the employer in its counterclaim for wrongful resignation, which claim was also dismissed.

This case is a clear win for employers. In this case, the employee left work and refused to perform the essential duties of her role. Ms. Anderson had no right to attempt to make unilateral, fundamental changes to her role any more than an employer would have the right to make such changes, absent the provision of reasonable notice.

Are you an employer with questions about your employment law obligations? I can help.