The Judicial Consideration of Porky Pig 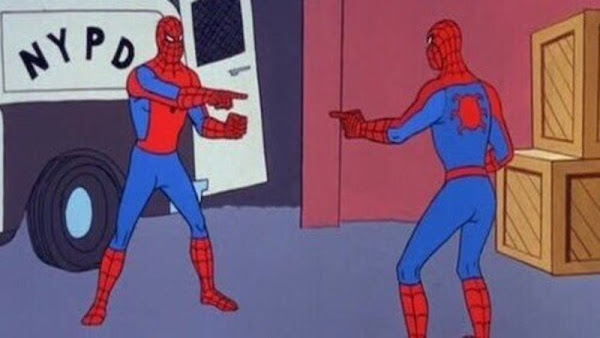 I appreciate that I have not blogged very much in 2021. To say this year has been “busy” in the employment bar might be a touch of an understatement. However, it would appear that notwithstanding the paucity of new posts, some of you are still using this blog as a resource.

In Lamontagne v. J.L. Richards & Associates Limited, 2021 ONSC 2133 (CanLII), the Honourable Justice Pierre E. Roger of the Ontario Superior Court sitting at Ottawa referenced me and one of my oft-used phrases to resolve a perennial favourite question of the employment-law bar – “is this termination provision legal?”

So with reference to the meme above this is a post about a decision which referenced this blog.

The point in issue on the hearing was whether the following contractual provision was dispositive of the applicant’s rights on termination:

All new employees on six-months’ probation

Employment may be terminated during the six-month probationary period for any reason. It is understood that you will have no entitlement to common law notice of termination. If, in the circumstances, the Employment Standards Act of Ontario requires notice of termination or pay in lieu of notice, it is understood that the minimum period of notice or pay in lieu of notice specified in the Act will be provided and will constitute your complete entitlement to notice of pay in lieu thereof.

Following the six-month period and a satisfactory performance review, you will be confirmed as a full-time employee of the Company.

Employment may be terminated for cause at any time, without notice.

After reviewing a lot of the usual suspects in recent employment law decisions, (for those unfamiliar with the issue, Justice Roger’s decision is a textbook summary of the law in this area) the court resolved that the termination “for cause” provision violated the strictures of the ESA. Frankly no surprise given the ONCA’s decision in Waksdale. Justice Roger went on to find that, because of such finding, the entire termination clause is invalid. And, as a result, the Applicant was entitled to common law notice.

With respect to the issue of whether the failure to expressly reference benefits was fatal to the contractual termination provision, after reviewing the provisions in the leading (and somewhat competing) decisions in Roden, Cook, Wood, Justice Roger wrote:

[49] In Wood, the Court of Appeal said at para. 57: “[t]he “all inclusive” language in Wood’s termination clause, and its absence in Roden’s termination clause, is what distinguishes the two cases.” Sean P. Bawden, an Ottawa employment lawyer, describes such all inclusive language as a Porky Pig refrain – “that’s all, folks”. Mr. Bawden clarifies that as an employer, your contract can be silent on benefits during a notice period, but it cannot say that the employee does not get anything further beyond notice or payment in lieu thereof. This interpretation seems apparent from Wood. Again, what the employer might have done is irrelevant – the wording is what must be considered.

[50] As such, the phrase “complete entitlement” in the applicant’s contract is an attempt to contract out of the payment of benefits and bonuses during the period of notice. This distinguishes this case from Roden/Cook and makes it rather similar to Wood. The alternative reading that “complete entitlement” only refers to notice or pay in lieu thereof and that it is simply silent on the question of benefits payment is contradicted by the specific inclusion of severance pay.

[51] As the termination clause is illegal and void, the plaintiff is entitled to common law notice damages.

I started this blog in April 2012. I have no way of knowing how many times it has been read, reviewed or considered, but I am grateful for all the positive comments I have received on it from both the bench and the bar. It has carried me to where I am today. So, thank you.

Second, to my knowledge, this is the first time my writing has actually been cited in a judicial decision. And so, while I am absolutely chuffed about that fact, I do have to laugh that, of all the things I have ever written, it’s the Porky Pig reference that makes it into judicial contemplation. More on this issue in a second…

For those wondering, I actually referenced the “Porky Pig Provision” in three separate posts, concerning all of:

I believe it is my post about Wood, Court of Appeal Finally Brings Much Needed Clarity to Issue of Benefits in Contractual Termination Provisions from which Justice Roger quoted. In that post, I wrote:

With respect to Roden, I have often said what Justice Laskin said, one way to potentially ‘save’ an otherwise illegal termination provision is to omit the inclusion of Porky Pig’s oft-cited refrain, ‘that’s all, folks.’

As of authoring this post, I still don’t know who brought the court’s attention to my writing. I don’t know whether it was applicant’s counsel, J.F. Lalonde, or whether it was counsel for the respondent, Alan Riddell and Kyle Van Schie – but what I do know is that all of those names are very familiar ones to me and the Ottawa employment bar.

Knowing whether it was Lalonde, Riddell, Van Schie (or Justice Roger himself) is actually not a purely academic issue. In a post I authored about the case of Burton v. Aronovitch McCauley Rollo LLP, 2018 ONSC 3018, Today’s Tip for Making a Termination Clause Legally Binding: KISS I wrote:

While Justice Roger didn’t come right out and call the provision a “Porky Pig Provision,” this is pretty darn close – and if Lalonde or Van Schie send me their factum and I see those words included, then dinner’s on me.

In all seriousness though, I am glad to see the court finally get into the differences between Roden and Wood and really explain what can sometimes make silence golden.