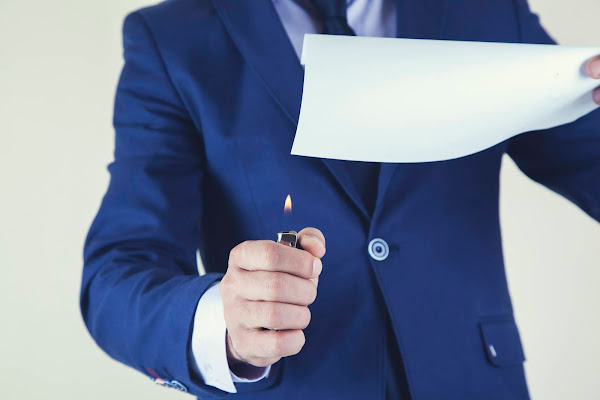 As a matter of law, can the manner in which an employer dismisses an employee impact the enforceability of a contractual termination provision?

In Humphrey v. Mene, 2021 ONSC 2539 (CanLII), Justice Gina Papageorgiou, after an extensive and thorough review of applicable jurisprudence, held that, in some cases, it can.

Justice Papageorgiou’s reasons for decision stretch some 66 pages, much of them chronicling the employer’s actions. It’s a pretty good read, full of salacious content. The upshot of it all is the court’s finding that the employer in the case, Menē Inc., had created a hostile and poisoned work environment for the plaintiff employee.

Of relevance to this post is the fact that although Menē originally terminated Ms. Humphrey for cause, approximately one year later, it withdrew the allegation of cause and advised that it was instead relying upon a provision in her employment agreement which limits her entitlement upon termination without cause to her entitlements under the Employment Standards Act, 2000, S.O. 2000, c. 41 (“ESA”).

Ms. Humphrey responded arguing two positions, only one will be considered here: Menē could not rely upon the without cause termination provision because there was no consideration and that in any event, Menē’s repudiation of the employment agreement disentitled it from relying on it.

Justice Papageorgiou agreed with both of the plaintiff’s arguments, writing the following with respect to the issue of repudiation:

[136] In my view, the following principles emerge from the above cases:

a. Where an employer alleges cause and fails, or withdraws its cause allegation, or repudiates an employment agreement through acts which constitute constructive dismissal, the employer is not precluded from subsequently invoking a without cause termination provision for the purpose of calculating the employee’s damages: [Roden v. Toronto Humane Society, 2005 CanLII 33578 (ON CA); Moore v. Apollo Health & Beauty Care, 2017 ONCA 383; Simpson v. Global Warranty, 2014 ONSC 6916]

b. However, in all cases, it is a question of construction of the without cause termination provision before the Court as to whether, properly construed, the without cause termination provision applies. Such clauses are subject to strict construction: [Ebert v. Atoma International Inc., [1997] OJ No 1823, Matthews v. Ocean Nutrition Canada Ltd., 2020 SCC 26]

c. Even if the contract, properly construed, permits an employer to terminate without cause after a failed for cause termination, there are some breaches or acts of repudiation which are so significant, or of such an order of magnitude, that they render a without cause termination provision unenforceable: [Dixon v. British Columbia Transit, [1995] B.C.J. No. 2465]. Although Dixon has not specifically been considered and accepted by appellate courts I find the reasoning compelling. All employment agreements are negotiated and agreed to on the basis of certain implied minimum expectations as to how the employer will conduct itself, the duty of good faith being one. An employee’s agreement to accept terms which significantly impact on the employee’s common law rights must be taken to be made in the expectation that the employer will comply with these minimum implied expectations. Where the employer significantly departs from such expectations, in my view, the employee should not be held to extremely disadvantageous provisions which he, she or they agreed to. This is not rewriting the contract but giving effect to what the parties must reasonably have intended.

d. However, minor or technical mistakes made in good faith by the employer will not constitute a repudiation sufficient to prevent the employer from relying upon the without cause termination provision: [Amberber v. IBM Canada Ltd., 2018 ONCA 571; Oudin v. Centre Francophone de Toronto, 2016 ONCA 514]

[137] I am satisfied that in the circumstances of this case outlined above, Ms. Humphrey has established on a balance of probabilities that Menē’s conduct, objectively viewed, demonstrates an intention to no longer be bound by the December 2018 Employment Agreement, thus repudiating it. The conduct which I have found includes setting her up to fail, subjecting her to a toxic workplace, embarrassing and humiliating her before co-workers and clients after her suspension, significantly exaggerating performance issues and the evidence it had in support of these at the time of termination, and alleging cause when it knew or should have known it did not have it. These are not mere technical breaches made in good faith. Menē’s conduct in this case goes to the heart of the employment relationship.

[138] I also find that these many acts of repudiation are of such a magnitude that Menē is disentitled from relying on the Without Cause Termination Provision.

[139] I would add that Menē was aware in August 2019 that it had lost the alleged documents it relied upon for its for-cause termination, but on the record before me, it did not advise Ms. Humphrey of this or abandon its for cause position until January 2020. And it did not pay her ESA entitlements until February 6, 2020. (They paid $3,342 on the basis of a 3-week entitlement which they say they miscalculated in that she is only entitled to 2 weeks under the ESA).

[140] In my view, continuing along this path and subjecting Ms. Humphrey to ongoing cause allegations which were no longer tenable, is a further repudiation of the employment agreement. Menē should not be permitted to exercise the Without Cause Termination Provision after sitting on this information for more than five months.

[141] Finally, although it is a minor point, in my view the Without Cause Termination Provision does not expressly apply to all of the acts of constructive dismissal which I have found. While it specifies that it applies regardless of her position within the organization and as such would apply if the sole act of constructive dismissal were her demotion, it does not say that it applies if she is constructively dismissed because of a toxic workplace, or because she is embarrassed and humiliated before Menē’s clients and her co-workers as I have found.

In the end, Justice Papageorgiou awarded Ms. Humphrey not only 11 months pay in lieu of notice, but $50,000 in aggravated damages, plus another $25,000 as punitive damages.

As mentioned in the Facts section, Justice Papageorgiou’s reasons for decision make for salacious reading. Her Honour includes in her reasons the text of a number of written exchanges between the company’s CEO and the plaintiff, which I am sure no one ever anticipated being read by others. Those written exchanges (mostly text messages) make plain the type of work environment to which Ms. Humphrey was subjected and Justice Papageorgiou’s reasons for decision make equally plain that Her Honour was not here for it.

What is even more telling is the following comments at paragraph 111 of Her Honour’s reasons for decision:

If Menē felt it had made a mistake in promoting Ms. Humphrey, or that she was not the right person for the job because of her skillset, all Menē had to do was immediately exercise its right to terminate without cause in a professional manner pursuant to the Without Cause Termination Provision and pay only Ms. Humphrey her ESA entitlements in the approximate amount of $2,283. In para. 16 of its Statement of Defence, Menē pleads that the Without Cause Termination Provision was reasonable because “Humphrey had no experience as an Executive” and “Menē took a considerable risk hiring Humphrey, which it would not have done without limiting her entitlements on termination.” It appears that from Menē’s perspective, the whole purpose of the Without Cause Termination Provision was to allow Menē to terminate easily if the risk it says it took did not pan out. For reasons I cannot fathom, instead of invoking this provision immediately, it chose to embark on the described course of conduct instead.

Justice Papageorgiou is correct. It would have been a hell of a lot cheaper for Menē to have simply terminated Ms. Humphry’s employment without the allegation of cause and provided her with her minimum statutory entitlement (as it believed it was entitled to do,) than to allege cause (where it knew it didn’t have it,) pay its lawyers to litigate that position for years, and then invite scrutiny into its own actions, the result of which was an award of $75,000 in additional damages. Even if, for other reasons, the termination without cause provision was not dispositive of Ms. Humphrey’s entitlements, Menē still could have gotten out of the case for a lot less than it did, had it simply focused its arguments on that issue.

There are many takeaways for employer from this decision, but the most obvious one should be: Don’t allege cause for termination unless you are sure you have it. Proving cause for termination is difficult (but by no means impossible) and alleging cause is almost invariably an invitation to litigation. Get that accusation wrong, and there can be significant repercussions.

I get it though. As found by the court, Menē had legitimate concerns about the plaintiff’s work conduct. It was not happy with her performance and was looking to make a change. Where the employer erred was in taking the decision to allege cause for termination, rather than simply pay Ms. Humphrey out that to which she was entitled.

If you are an employer and you are in a situation where you are considering terminating an employee’s employment, it’s worth it to speak with an experienced employment lawyer first. There are several strategies to limit or at least mitigate exposure, while still doing right by the employee. Call me or send me an email and let’s discuss what that might look like in your case.

The takeaway for employees is that you do not have to tolerate being treated like crap in the workplace. If your boss is sending you text messages like those referenced in this case, speak with an experienced employment lawyer. It’s time to get some advice on whether you should be claiming constructive dismissal.

Whether you are an employer or an employee, if the circumstances of this case sound familiar to you, or you have questions about how the law in this case may impact your own, then contact me. Call me. Email me. Send a DM on Facebook, Twitter, or LinkedIn. Do what works for you.