How Much Time Do You Have to Sue for Unpaid Overtime? 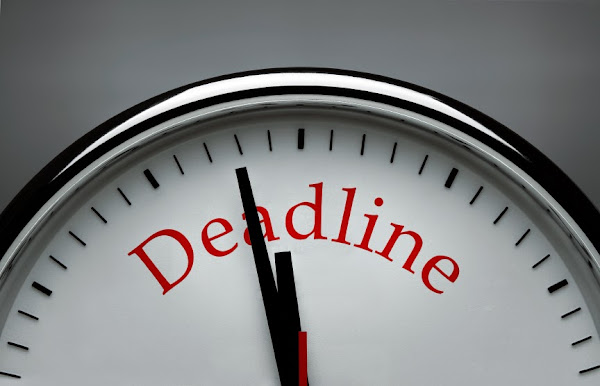 The question of how much time one has within which to start a civil claim for unpaid wages, including unpaid overtime is actually more complicated than it sounds.

In Fresco v. Canadian Imperial Bank of Commerce, 2022 ONCA 115 (CanLII), the Court of Appeal for Ontario refused to allow an employer’s appeal in a proposed class action case on the basis that the applicable limitation period had expired.

The basis for the court’s decision was the application of the “reliance on superior knowledge and expertise” doctrine to the question of when an employee ought to reasonably have known that, having regard to the nature of the injury, loss or damage, a proceeding would be an appropriate means to seek to remedy it.

Allow me to explain.

As it concerns this post, part of the Bank’s appeal from Justice Belobaba’s decisions focused on the Bank’s argument that at least some of the claims would be barred by virtue of the applicable “statute of limitations”, in Ontario that law is the Limitations Act, 2002. As Justices Lauwers and Sossin noted in their reasons for decision, “An effective class-wide limitation defence would greatly assist the Bank, which is faced by a class period that begins on February 1, 1993, when the 1993 Overtime Policy took effect, and ends on June 18, 2009, the certification date approved by this court. The class action is national in scope, with a 16-year class period and about 31,000 class members.”

Justice Belobaba discussed the test set by section 5 of Ontario’s Limitations Act as follows: “[L]imitation periods begin to run as soon as the claimant reasonably discovers that she has sustained a loss, that the loss was caused by the defendant and that taking legal action was appropriate.” Justice Belobaba noted that: “Every time a class member received their bi-weekly pay, they would have known if they had been paid for overtime, and if not, that this loss was caused by their defendant employer.” Accordingly, the first two branches of the test were met.

For Justice Belobaba, the “discoverability” issue rested on the third branch of the test: whether class members knew taking legal action was appropriate.

Justice Belobaba found that the “appropriate means” requirement applied so that the limitations period would “not begin to run if taking legal action was not reasonably appropriate given the plaintiff’s circumstances.” He gave two main reasons for concluding that the “appropriate means” test was not met. First, he found that “some (and perhaps many) of the class members feared reprisal and were afraid that they might lose their job if they sued the bank for unpaid overtime”. Second, “some (and perhaps many) of the class members reasonably relied on the bank’s repeated misrepresentations throughout the 16-year class period that the bank’s overtime policies complied with federal labour law.”

The defendant bank has not established on the evidence that the limitation period that applies to every class member’s claim (outside the limitation periods noted in its Schedule) can be determined in common on a class-wide basis and that individual discoverability is not needed. In my view, the evidence strongly suggests that individual discovery will be needed in at least some cases to fairly determine whether the class member delayed in taking legal action because they were in reasonable fear of losing their job; because they reasonably relied on the bank’s misrepresentations about the legality of its overtime policy; or because they were otherwise impeded by the bank’s systemic policies and practices.[80]

In affirming Justice Belobaba’s decision, although not on all points, Justices Lauwers and Sossin wrote the following reasons for decision:

[99] We are not persuaded that the first factor, that “some (and perhaps many) of the class members feared reprisal and were afraid that they might lose their job if they sued the bank for unpaid overtime” is a valid basis on which the limitations period can be suspended. However, there is merit in the second factor of reasonable reliance on misrepresentation. The applicable law is set out in this court’s decision in Presley v. Van Dusen, 2019 ONCA 66. Sharpe J.A. discussed the governing principles, and then referred to one of the “guiding principles” expressed by Pardu J.A. in Presidential MSH Corp. v. Marr Foster & Co. LLP: “Resort to legal action may be ‘inappropriate’ in cases where the plaintiff is relying on the superior knowledge and expertise of the defendant, which often, although not exclusively, occurs in a professional relationship.”

He pointed to a case involving a franchisor-franchisee relationship, and another involving portfolio managers and investors. The categories are not closed.

[101] On the facts of this case, it is quite plausible, as the motion judge found, that some class members reasonably relied on the Bank’s misrepresentations that its overtime policies complied with federal labour law. The influence of this factor on individual class members is really a matter best left to individual assessment, as this court noted in the earlier certification decision.

[102] The Bank’s second argument is that the question of whether a class member knew that a proceeding was an “appropriate means” to remedy unpaid overtime is only relevant to class members’ claims governed by statutes that include such discoverability language, that is, claims in Ontario, Saskatchewan, and Alberta. On that basis, a class-wide limitations order would be appropriate for all other claims. The Bank adds that this argument might also extend to claims in Ontario, Saskatchewan, and Alberta that predate the amendments adding discoverability language into the statutory text.

[103] The Bank argues that the “appropriate means” criterion in s. 5(1)(a)(iv) of the Limitations Act is not an element of the common law discoverability rules, relying on 407 ETR Concession Company Limited v. Day and other cases. We do not agree that common law discoverability rules could not be found to function in an equivalent manner. The ordinary development of the common law means that the categories are not closed. Whether this argument has traction is a matter to be decided on the individual assessments and not on a fact-free, class-wide basis.

The issue of “discoverability” as it applies to civil actions is a frequently debated subject. That is in part because while section 4 of Ontario’s Limitations Act, 2002 prescribes that, “Unless [that] Act provides otherwise, a proceeding shall not be commenced in respect of a claim after the second anniversary of the day on which the claim was “discovered,”” section 5 of Ontario’s Limitations Act, 2002 provides a complicated test for the definition of “discovered.”

(a) the day on which the person with the claim first knew,

(i) that the injury, loss or damage had occurred,

(ii) that the injury, loss or damage was caused by or contributed to by an act or omission,

(iii) that the act or omission was that of the person against whom the claim is made, and

(iv) that, having regard to the nature of the injury, loss or damage, a proceeding would be an appropriate means to seek to remedy it; and

(2) A person with a claim shall be presumed to have known of the matters referred to in clause (1) (a) on the day the act or omission on which the claim is based took place, unless the contrary is proved.

The statute itself recognizes that a lawsuit may not always be an “appropriate means” to seek remedy for one’s injury, loss, or damage. For example, section 16 of the Limitations Act, 2002 provides that there is “no limitation period” in respect of, amongst other things:

(h) a proceeding based on a sexual assault;

(i) the other person had charge of the person with the claim,

(ii) the other person was in a position of trust or authority in relation to the person with the claim,

(iii) the person with the claim was financially, emotionally, physically or otherwise dependent on the other person;

(i) they had an intimate relationship,

(ii) the person with the claim was financially, emotionally, physically or otherwise dependent on the other person;

Issues of dependency and reliance on “superior knowledge and expertise” can both serve to toll the running of a limitation period on the basis that they can compromise the claimant’s ability to rely on a civil proceeding to seek a remedy.

What the case means for employers is that if you frequently advise your employees, especially in writing, that your overtime policy or your actions “complies with labour laws,” don’t be surprised if the court later refuses to give effect to your defence that the employee ought to have known earlier that they should have sued you for overtime.

There are really two takeaways for employees from this decision. First, don’t believe everything your employer tells you when it comes to your employment entitlements. If you think you might be owed overtime pay, etc., then speak with an experienced employment lawyer.

The second takeaway is that if you haven’t ever been paid overtime pay, and you’ve been employed for more than two years, the passage of time alone may not prohibit a claim for recovery. As the Fresco saga demonstrates, these case can be time-consuming and hard fought, but they can also be worth it in some cases.

Sean P. Bawden is an Ottawa, Ontario employment lawyer and wrongful dismissal lawyer practicing with Kelly Santini LLP. For 2.5 years he was in-house legal counsel providing employment law advice to one of Canada’s largest corporations. He is also a part-time professor teaching Employment Law for Paralegals at Algonquin College. He has previously taught both Trial Advocacy for Paralegals and Small Claims Court Practice.