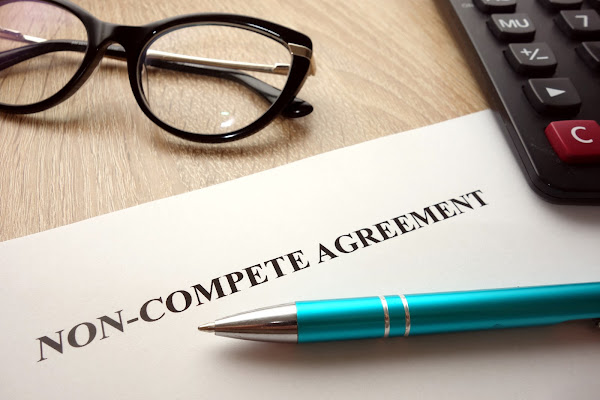 In Parekh et al v. Schecter et al, 2022 ONSC 302, Justice Mohan D. Sharma of the Ontario Superior Court of Justice held that the Working for Workers Act, 2021, S.O. 2021, c. 35, pursuant to which section 67.2 was enabled, does not apply retrospectivity- meaning that agreements entered into before the law’s coming into force remain in full force and effect.

The decision comes out of a case concerning an application for an injunctive order preventing a dentist, Dr. Ira Schecter, from competing with his former employer, the Regal Heights Dental Centre in Toronto.

In 2020, the plaintiffs purchased a dental practice from Dr. Michael Schecter, the son of Dr. Ira Schecter (“Ira”). Ira originally owned the dental practice. In 2006, his son Michael joined the practice as a dentist.

In 2012 or 2013, father sells his shares in the practice to son. However, Ira continued to work out of the clinic and continued to treat his patients as an associate.

More importantly for this post, the plaintiffs specifically sought three restrictive covenants from Ira within the Associate Agreement, namely: (1) a non-compete covenant, restricting Ira from practicing dentistry within a 5 kilometre radius of the dental clinic; (2) a non-solicitation covenant, restricting Ira from directly or indirectly soliciting patients from the clinic; and (3) a clause restricting Ira’s use of confidential information, which in this case, relates to confidential patient information which forms part of the clinic’s patient files. There was evidence that Ira was involved in negotiating the terms of his Associate Agreement.

Ira remained as an associate at the former practice until his resignation in late October 2021. Shortly thereafter, he began to practice at Yorkville Village Dentistry, which was within the prohibited zone.

The plaintiff practice “RHD” sued Dr. Ira, seeking a court order preventing him for practicing in the hot zone.

Dr. Ira defends, in part, on the basis that section 67.2 of the ESA prohibits non-competes.

With respect to the question of whether section 67.2 of the ESA voided the non-competition agreement into which Dr. Ira had entered in January 2020, Justice Sharma wrote the following:

[42] The respondent argues the WWA [Working for Workers Act, 2021] applies to void the non-compete clause because Ira was an employee of RHD, and the non-compete provision is found in the Associate Agreement, which is an employment contract. He states that it applies retroactively by necessary implication. If it did not, it would cause a lack of legal uniformity and create two tiers of employees with vastly different levels of protection.

[43] I believe the respondent confuses the terms “retroactivity” with “retrospectivity”. The following explanation of these terms was cited with approval by Iacobucci J. in Benner v. Canada (Secretary of State), 1997 CanLII 376 (SCC) at para 39:

The terms, “retroactivity” and “retrospectivity”, while frequently used in relation to statutory construction, can be confusing. E. A. Driedger, in “Statutes: Retroactive Retrospective Reflections” (1978), 56 Can. Bar Rev. 264, at pp. 268-69, has offered these concise definitions which I find helpful:

[46] Section 34(3) of the WWA states that section 4 (containing the new ESA provisions prohibiting non-compete clauses) “is deemed to have come into force on October 25, 2021.” Typically, legislation comes into effect when a Bill receives Royal Assent, or on a date to be named by proclamation by the Lieutenant Governor. But here, the legislature selected a specific date before Royal Assent happened on December 2, 2021.

[48] At most, and in respect of this case, the new ESA provisions confirms the public policy against restraint of trade, which has already been accepted in the common law.

Justice Sharma then proceeded to apply the rest of the analysis applicable to applications for injunctive orders and found that such an order was proper in this case. Dr. Schecter was thus prohibited by court order from carrying on or engaging in the practice of dentistry within a 5-kilometer radius of the plaintiffs’ business.

When the Working for Workers Act was first passed, there was considerable debate on the Twitter amongst those of us who follow employment law. For example, one commenter tweeted:

Employment law tip of the day: If you are an employee in Ontario, it is time to check your employment contract to see if you have a non-compete clause. These are now banned thanks to @MonteMcNaughton !

To which I had responded, “* some exceptions may apply / * policy and interp manual says agreements entered into before coming into force still valid”

Ms Marshall then responded to me tweeting:

Highly unlikely any non competes are valid with a few narrow exceptions.

Another employment law tweeter than entered the conversation, adding:

“No employer shall enter into…” really is not retroactive. It leaves every existing non-compete intact, to stand on its own merits.

Indeed, the argument that the interpretation defies logic was made before Justice Sharma, with the respondent arguing the Working for Workers Act “applies retroactively by necessary implication. If it did not, it would cause a lack of legal uniformity and create two tiers of employees with vastly different levels of protection.”

That argument clearly did not work before Justice Sharma.

Indeed it would currently appear that there are two tiers of employees with vastly different levels of protection. Actually, I would suggest that it is employers who have vastly different levels of protections. Employers who had their employees enter into non-competition agreements before October 25, 2021 can be assured that, so long as their agreements would otherwise withstand judicial scrutiny, the introduction of section 67.2 will not serve to void such agreements. Employers looking into a non-competition agreement today will need to be mindful of the limitations placed on them before doing so.

The takeaway for employers is that section 67.2 of the Employment Standards Act may not have voided your non-compete agreement. Several factors will still come into play as to whether a court will actually enforce the agreement, but all hope need not be lost. Before doing anything, speak with an experienced employment lawyer.

The takeaway for employees is that section 67.2 is not a “get out of jail free” card. You may still be obligated to your employer to abide by a non-compete agreement if that agreement is both reasonable and was legally entered into at the time of contract formation. If you’re thinking about competing with your current or former employer, likely best to first obtain a legal opinion about what you can and cannot do.

Looking for advice with respect to what you can and cannot do when it comes to entering into non-competition agreements and/or working for a competitor. Whether you’re the employer or the employee you can contact me for legal advice you can count on. Call me. Email me. Do what works for you.

Sean P. Bawden is an Ottawa, Ontario employment lawyer and wrongful dismissal lawyer practicing with Kelly Santini LLP. For 2.5 years he was in-house legal counsel providing employment law advice to one of Canada’s largest corporations. He is also a part-time professor at Algonquin College teaching Employment Law for Paralegals. He has previously taught both Trial Advocacy for Paralegals and Small Claims Court Practice.