Lawyers Owe No Duty to Complainants When Acting as Workplace Investigator: ONSC 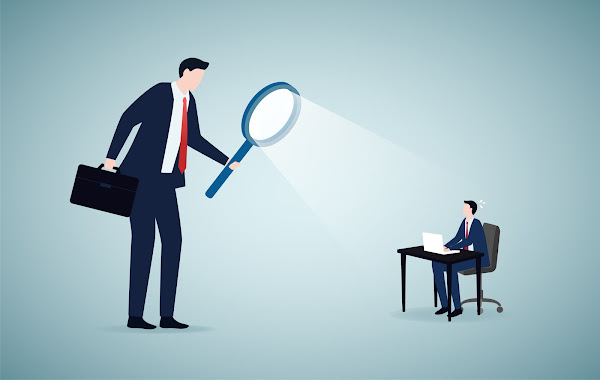 Does a lawyer acting as a workplace investigator owe a duty of care to the complainant in the workplace harassment case?

In Mezikhovych v. Kokosis, 2022 ONSC 6480, Justice Howard Leibovich of the Ontario Superior Court of Justice held, on a motion for summary judgement, that they do not.

The plaintiff was employed as a personal support worker with Extendicare and had raised a harassment complaint against a District Director.

The defendant, a lawyer, was retained by Extendicare to investigate the harassment complaint and provide it with a report.

The defendant provided the report and found that there was no inappropriate behaviour.

The plaintiff was subsequently fired from her employment for not providing some requested medical documentation.

The plaintiff commenced an action against her former employer and then commenced a separate action against the defendant in this case, Ms. Kokosis, the lawyer who was retained to conduct the investigation and prepare the report.

The plaintiff asserted that the defendant conducted a poor investigation, resulting in her complaint being dismissed and her subsequent firing.

The defendant moved for summary judgment to have the claim dismissed.

Justice Leibovich provided the following reasons for his decision to summarily dismiss the claim against the defendant lawyer:

[9] There is no dispute that the defendant was retained by Extendicare to investigate the complaint of workplace harassment. The defendant was not retained by the plaintiff. A lawyer generally owes a duty of care only to his or her own client, and not to persons other than his or her client. There are only very limited circumstances, none of which exists here, when a duty is owed to a non-client. In 2116656 Ontario Inc. v Grant and LLF Lawyers LLP, 2019 ONSC 114 at paras 35-37 the court explained those limited circumstances…

[14] I also note that the essence of the plaintiff’s complaint is that the defendant conducted a poor investigation which led to her complaint being dismissed and her subsequent firing. Yet, the plaintiff informed the defendant that she was terminated because she had failed to provide medical documentation in support of her request for accommodations. There was no dispute that she did not provide the requested documentation.

In the result, the claim was dismissed with costs of $20,000 payable by the plaintiff.

But the defendant was not acting, as best as I can see, as a lawyer. The decision indicates that she had been retained “to investigate the harassment complaint and provide [the plaintiff’s employer] with a report.” There is no indication that the lawyer was retained to provide the employer with legal advice or an opinion, simply a report.

Given that fact, I would submit that the fact that the defendant is a lawyer is a red herring for the purpose of evaluating whether a duty of care exists between complainant and investigator.

In Ontario, private investigations are governed by the Private Security and Investigative Services Act, 2005, SO 2005, c 34. A fact not referenced by Justice Leibovich in his reasons for decision.

That statute provides, at section 2(1) that, “This Act applies to private investigators within the meaning of subsection (2).”

Subsection (2) says that, “A private investigator is a person who performs work, for remuneration, that consists primarily of conducting investigations in order to provide information.”

Subsection (3) provides some examples of the types of information referred to in subsection (2) on which information may be provided including, “the character or actions of a person.”

However, subsection (7), paragraph (a) confirms that, “This Act does not apply to… barristers or solicitors engaged in the practice of their profession.”

So, while I believe that the defendant in this case was properly exempted from the application of the Private Security and Investigative Services Act, 2005 and, more specifically, all its licensing requirements, I maintain my position that the lawyer in this case was not acting in the capacity of a lawyer and as such Justice Leibovich’s duty of care analysis was misplaced.

Better analysis, in my respectful submission, would have considered the duty owed by a workplace harassment investigator – lawyer or not – to a complainant. That question, to my mind, was the question properly raised in this case.

Given that the claim was also dismissed for missing the limitation deadline, and given that the Plaintiff was self-represented, Justice Leibovich can be forgiven for his laconic reasons for decision- but, as someone who has conducted nearly 100 workplace investigations over my career to date, it sure would be assuring to know to whom my duty lies when acting in such a capacity.