“Discretionary” Bonuses Contain Implied Term that the Discretion Will be Exercised in a Fair and Reasonable Manner: ONCA 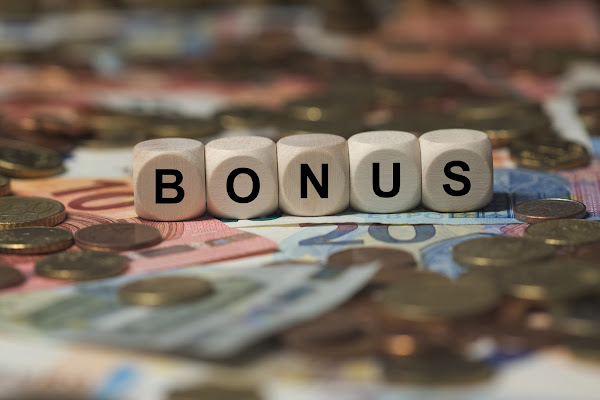 If a company describes an employee’s bonus payment as being “discretionary”, with the allocation of bonuses to employees being “purely subjective” and completely bereft of any calculations, does that mean that the company can do whatever it wants in respect of such bonus?

In Bowen v. JC Clark Ltd., 2022 ONCA 614 (CanLII), the Court of Appeal for Ontario (Feldman, George and Copeland JJ.A.) held that “Where an employment agreement provides for a discretionary bonus, there is an implied term that the discretion will be exercised in a fair and reasonable manner.”

James Bowen and Jonathan Wiesblatt, the “appellants” before the Court of Appeal, were portfolio managers of a hedge fund. Bowen and Wiesblatt were hired by the respondent, JC Clark Ltd. as portfolio managers for the fund. They worked at the respondent from December 3, 2012, until July 16, 2014, when their employment was terminated on a without-cause basis. At the time of their termination the appellants were each given two weeks’ salary plus $577 in lieu of notice. Bowen and Wiesblatt commenced an action against JC Clark seeking over $1.3 million in performance fees that they claim they were owed as a term of their employment for the portion of 2014 that they worked before their termination.

One of the issues the Court of Appeal had to address was whether the following contractual provision (“paragraph 5”) entitled the appellants to a portion of their bonus payment:

At the total discretion of the Company, you may be eligible for a bonus at the end of each fiscal year depending on factors that include your personal performance and the profitability of the Company.

Writing on behalf of the court, Justice Jill M. Copeland said the following:

[36] The issue then is whether a fair and reasonable exercise of the discretion provided for in paragraph 5 of the employment agreements would result in the appellants being awarded a discretionary bonus for the period they worked in 2014 plus the two-week notice period, and, if so, the quantum.

[38] The only discretionary bonus the appellants were paid in 2014 was $577 each, which was referred to in their termination letters as a “2-week pro-rata bonus” for the two-week notice period. Thus, they were given no discretionary bonus whatsoever for the period from January 1, 2014 until July 16, 2014, and $577 each for the period from July 17, 2014 to July 31, 2014. This was not a fair and reasonable exercise of the employer’s discretion in all of the circumstances.

[40] I am satisfied that the record below is sufficient for this court to set the quantum of the discretionary bonus.

[41] The evidence of the representatives of the respondent at trial, in particular Stewart (but to some extent also Doherty), was that Stewart and Doherty met in December of each year to consider the allocation of discretionary bonuses from a pool of funds set aside for that purpose. They considered a variety of factors, including corporate performance, individual performance, attitude, teamwork, and how individuals were performing in their roles. To some extent, the allocation of bonuses also took into account factors including how long individuals had been at the firm, their seniority, and their position within the company. The allocation of bonuses to employees was, as Stewart phrased it, “purely subjective”; the allocation was discretionary, and no calculations were involved. I note that, to the extent that this evidence asserted an unconstrained discretion on the respondent with respect to awarding bonuses, it is inconsistent with the obligation to exercise that discretion in a fair and reasonable manner. In cross-examination, Stewart agreed that considerations such as fund performance in a given year, raising assets for a fund, and marketing a fund would also be factored into assessing the amount of a discretionary bonus.

[43] The objective evidence is that there was a significant bonus pool in 2014, based on the bonuses awarded to other portfolio managers. It was also uncontradicted that the fund managed by the appellants earned remarkable returns during the portion of 2014 prior to the appellants’ terminations in July 2014 (and for 2014 as a whole, although less so after the appellants’ terminations). Doherty, the Chief Operating Officer of the respondent, described the fund’s returns in 2014 as “jaw dropping”.

[44] In light of the evidence that the discretionary bonuses were awarded based on corporate performance, individual performance, and other factors as outlined above; considering that it was clear that the respondent allocated significant sums to discretionary bonuses for portfolio managers for the 2014 year; and considering the remarkable returns of the fund for the period in 2014 when the appellants were still managing the fund, as well as the returns of the fund in 2014 as a whole, I am satisfied that a fair and reasonable exercise of the discretion under paragraph 5 of the employment agreements would be to award each appellant a discretionary bonus in the same range awarded to the similarly-situated employees … for 2014. This amount shall be pro-rated for the seven months that the appellants worked at the respondent in 2014, including the two-week notice period. Based on $200,000 as the approximate bonus amount paid to each of [the other employees] in 2014, pro-rating to seven months works out to roughly $116,000. As the appellants sought $115,000 in their trial submissions and in their factum on appeal, I would award damages to each appellant in the amount of $115,000, plus pre- and post-judgment interest, for the discretionary bonus that each of them was entitled to for the seven months of 2014 they worked at the respondent.

[45] Although the respondent pleaded and to some extent led evidence that its management had concerns about the appellants’ attitudes of not behaving like team players, and was concerned at the time of the termination that the appellants were planning to leave and start a competing fund, the appellants were dismissed on a without-cause basis. Further, on the record before the court, the returns of the fund and the bonuses paid to other similarly-situated portfolio managers are the best objective evidence of the bonus that would result from a fair and reasonable exercise of the employer’s discretion.

The duties of good faith in contractual performance and of honest performance have been described by the Supreme Court of Canada as an “organizing principle.” In his majority reasons for decision in the 2020 case of C.M. Callow Inc. v. Zollinger, 2020 SCC 45, Justice Nicholas Kasirer observed the following on behalf of the Court, “I recall that the organizing principle of good faith recognized by Cromwell J. [in Bhasin v. Hrynew, 2014 SCC 71] is not a free-standing rule, but instead manifests itself through existing good faith doctrines, and that this list may be incrementally expanded where appropriate.”

Since the Court’s decision in Bhasin, allegations of breaches of the duty of good faith in contractual performance have been made in several cases. It should be no surprise then that such organizing principle manifests in a requirement to exercise “discretionary” rights to calculate bonus payments in a “fair and reasonable manner.”

The takeaway for employers is that simply because your employment contract says that the payment of a bonus is “discretionary” does not necessarily mean that you can do whatever you want. That notion will be especially true in the case where bonuses have been previously paid pursuant to some sort set of considerations- however informal.

The takeaway for employees is that if you get let go, and your employer refuses to provide you with a portion of your bonus, on the basis that payment was “discretionary,” you may have grounds to challenge that position and make claim for your unpaid bonus.

Thinking of letting someone go? Been let go? Call me. Email me. Do what works for you.