Explaining The Duty to Mitigate 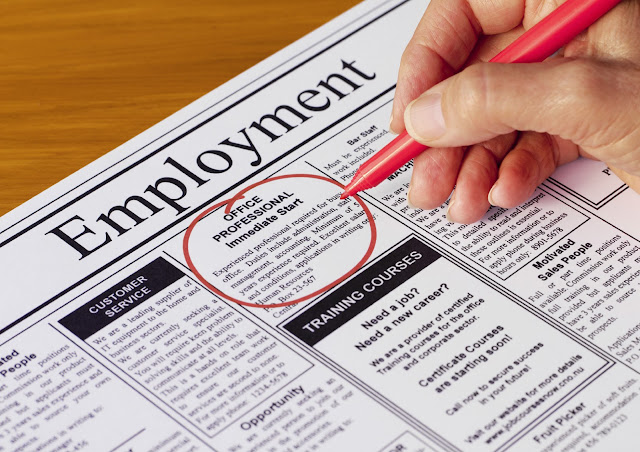 The duty on dismissed employees to mitigate their damages following dismissal is without question the most difficult employment law concept to have to explain. The issue is difficult not because of the subject matter, but because many people that have been fired without any reason and without sufficient notice, find the legal rule that they must now act in their employer’s interest a little displeasing.

In short, the duty on dismissed employees to mitigate their damages provides that an employer cannot be made to pay a dismissed employee any amount of money that the employee could have earned on his own through reasonable efforts.

Let me explain why...

Where This All Started

In Canadian law, the usual starting point when talking about the duty to mitigate is the 1975 Supreme Court of Canada decision in Red Deer College v. Michaels, [1976] 2 SCR 324.

In that case former Supreme Court of Canada Chief Justice Laskin held that:

The primary rule in breach of contract cases, that a wronged plaintiff is entitled to be put in as good a position as he would have been in if there had been proper performance by the defendant, is subject to the qualification that the defendant cannot be called upon to pay for avoidable losses which would result in an increase in the quantum of damages payable to the plaintiff. The reference in the case law to a "duty" to mitigate should be understood in this sense.

But Why Would I Do Anything To Benefit Them?

Why should a wrongfully dismissed employee be made to do anything that benefits the employer that just fired him? Good question, but the law views the situation differently. In Forshaw v. Aluminex Extrusions Ltd., 1989 CanLII 234 (B.C. C.A.), the British Columbia Court of Appeal held that:

Thus, as the law has defined the duty to mitigate, the duty is to one’s self, to maintain one’s income and position in industry. The fact that there is an economic benefit to the dismissing employer is thus collateral damage.

Do I Really Have To?

Maybe not. There are certain types of cases, where, by operation of one’s employment contract there may not be any such duty to mitigate. On this point readers should review my summary of the decision of the Court of Appeal for Ontario in Bowes v. Goss Power Products Ltd., 2012 ONCA 425. Summary available here.

For most dismissed employees, however, the answer is typically yes, you have to attempt to mitigate your damages.

What Happens If I Don’t?

For any number of reasons people are unable to obtain new employment. In some cases, it is not for a lack of trying, but in other cases it is. Thus the questions arise: (1) what will happen if I do not try to find new employment, and (2) how will they know?

First, it is important to note that in a trial the onus rests on the defendant/employer and not the plaintiff/employee to prove there has been a failure to mitigate. In order to meet the test and succeed in its argument, the employer must prove two things: (1) that the dismissed employee failed to make reasonable efforts to find replacement work; and (2) that suitable replacement work could have been found had the plaintiff made reasonable efforts to find it.

So, provided that the employer can demonstrate that had the employee actually tried to find work he would have obtained it, the court may imply those deemed earnings and deduct from the wrongful dismissal award that which would have been earned.

How Do I Prove That I Tried?

Finding new work is not easy and today’s economy is not helping. The recommendation that I give to my clients is that they should keep track of: where they look for new employment; where they apply for new employment; and where they attend interviews. If you are using online job search sites, then you would be prudent to keep track of when you joined the site, and what information was posted to it. In short, keep records to demonstrate that efforts have been made, lest the question ever be asked.

Can I Be Required To “Mitigate” By Working For My Former Employer?

Yes, you can be required to mitigate by working for the company that just fired you! Unless the situation at the former employer is such that it would be unfair and unreasonable to expect the dismissed employee to continue working for his former, the law can expect that one would continue to work for his former employer while looking for employment elsewhere. On this point see my post concerning a car dealer who refused to ‘take a test drive.’

Whether the dismissed employee can continue to work for his employer, in an attempt to his mitigate damages, and sue at the same time was answered in the case of Russo v. Kerr, 2010 ONSC 6053. In that case the Ontario Superior Court held that one could both continue working for his former employer in an effort to mitigate damages and maintain a lawsuit against that employer for wrongful dismissal.

Do I Have to Accept The First Job That Comes Along?

Whether you have to accept the first job that comes along is really a function of when that opportunity comes up.

As the Court of Appeal for British Columbia mentioned in the case I reference above:

More recently, in the Ontario Superior Court decision of Tsakiris v. Deloitte & Touche LLP, 2013 ONSC 4207 (CanLII), the Honourable Justice Michael A. Penny held that it was reasonable for an employee to defer accepting a job offer when it was still possible that a better position might yet come along. For this blog’s summary of that case see the post: The Duty to Mitigate: Employees Not Required to Accept a 'Bird in the Hand'

Do I Have To Move To Find New Work?

Sometimes work is easier to find in some places than it is in others. The question of whether an employee is required to move to find new work is somewhat a function of who the employee is.

In the case of Wellman v. The Herjavec Group Inc., 2014 ONSC 2039 (CanLII), argued on behalf of the plaintiff by the publisher of this blog, Sean Bawden, the Honourable Justice Catherine D. Aitken of the Ontario Superior Court of Justice sitting at Ottawa, held that:

In the case of Markoulakis v SNC-Lavalin Inc., 2015 ONSC 1081 (CanLII) (released April 16, 2015), the Honourable Justice Andra Pollak held that an employee was not required to move from Ontario to Saskatchewan in order to mitigate his damages, even though the employee had previously accepted requests to move.

Thus, as with the obligation to accept that first position that comes along, a reasonable amount of time will be extended to dismissed employees to look for alternate employment in their own ‘backyard,’ before the law will expect that employee to go looking farther afield.

What Happens If I Do Find New Employment?

Second, note that regardless of one’s ability to find new employment, nothing detracts from the employer’s requirement to pay statutory termination pay. As explained in my page explaining what wrongful dismissal is, the Ontario Employment Standards Act, 2000 prescribes minimum amounts to which one is entitled.

Furthermore, a 2010 British Columbia Court of Appeal decision, Davidson v. Tahtsa Timber Ltd., 2010 BCCA 528, held that a dismissed employee could be entitled to an award of “nominal damages” simply by virtue of the fact that he had been wrongfully dismissed, even where the dismissed employee had fully mitigated his damages.

In general, though, the earnings that the dismissed employee makes in new employment are deducted from what one would have otherwise received in his wrongful dismissal case.

An Example Of How It Works

If you’re still with me and are asking, so how does this work, let me give you an example. A reading of my page explaining what wrongful dismissal is probably a good starting point for those without a rough understanding of wrongful dismissal concepts as I will simply use terms without explaining them.

On the face of it, John has won $34,000 in court for wrongful dismissal (One year’s salary less what OldCo paid him.)

Now let’s consider what would happen if John found new work, that also paid $52,000 and included all the same benefits that John had at OldCo, on four specific dates.

Note that, as mentioned above, regardless of when John finds work, he will always be entitled to his statutory termination pay, which in this case would be 18 weeks or $18,000.

If John finds comparable new work at the end of that 18 week period, then he is not entitled to anything more from OldCo, other than perhaps a nominal award (see Davidson v. Tahtsa Timber Ltd., 2010 BCCA 528, considered above.)

If John does not find work for some time after the expiry of the 18 week period, then he is entitled to his salary up to the earlier of the day he finds work (in this example July 1, 2012) or the end of the reasonable notice period (December 31, 2012).

Of course, there is always more to consider than simply that which is set out above. Any proper contemplation of one’s duty to mitigate must be taken on a consideration of the actual facts applicable to any given case. For that one would be prudent to obtain legal advice from an employment lawyer.

As always, everyone’s situation is different. The above is not intended to be legal advice for any particular situation and it is always prudent to seek professional legal advice before taking any decisions on one’s own case.