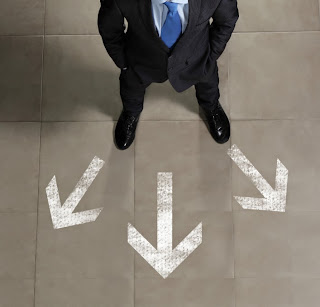 The case of Sloan v. Just Energy Corporation, 2012 HRTO 127 (CanLII) concerned an application made to the Human Rights Tribunal of Ontario by an employee (identified in the tribunal’s reasons for decision as “the applicant”) who alleged that her employment was terminated because she was pregnant. According to the evidence summary contained in the tribunal’s reasons for decision:

The applicant was hired as a recruiter for Just Energy in its Ottawa, Ontario office. Just Energy sells energy contracts to residential, commercial and industrial clients. Just Energy’s headquarters is in Mississauga, Ontario and it has offices all across North America. It generates sales through independent contractors who sell door-to-door. The recruiter’s role is to generate a “continuous flow” of candidates for the independent contractor positions through a variety of recruiting strategies, such as online advertising and contacts. The Just Energy call centre also provides the recruiter with candidates to be interviewed. The recruiter then screens candidates, interviews candidates and selects them.

The applicant testified that she did not know she was pregnant when she was first interviewed for the position. She testified that her pregnancy was confirmed “at least one week” after she started at Just Energy. She advised the respondent that she was pregnant on April 14, 2011. At the time, she was in the first trimester of her pregnancy. Her employment was terminated on April 18, 2011.

The applicant argued that the complaints about her performance were manufactured after she told the respondent that she was pregnant. She argued that the employer’s evidence was weak and that the logical inference to be made was that her pregnancy was at least a factor in the decision to terminate her employment.

In what may be a bit of a surprise for some readers, the HRTO agreed with the employer.

Writing on behalf of the tribunal, Vice-Chair Ian R. Mackenzie held that:

[55] The employment of pregnant employees can be terminated, as long as the pregnancy is not a factor in the employer’s decision.

[56] The respondent clearly had concerns about the applicant’s performance and her “fit” within the organization. I understand that the applicant does not believe that there were significant performance problems and that she was improving. However, the Tribunal does not have a general jurisdiction over fairness in employment matters. The fact that the employer may have rushed to judgment in assessing the applicant’s performance, in the absence of a discriminatory action, cannot be addressed by the Tribunal.

In the result, the application was dismissed. The dismissed employee lost and was awarded nothing.

As mentioned at the start of this post, this blog has previously looked at the issue of selecting the appropriate venue for pleading one’s case. While there are certainly advantages to pleading one’s case in front of the Human Rights Tribunal of Ontario, as the Sloan case demonstrates, the HRTO is not a ‘one-stop shop’ for all problems.

As someone who represents both employees, and more frequently employers, with respect to such cases it is far too common that I see applicants, often self-represented, who mistakenly believe that the HRTO has the power to adjudicate all aspects of employment law. As the tribunal made clear in Sloan, it quite simply does not.

If you are a worker in Ontario and have been fired by your employer it always makes sense to speak with an experienced employment lawyer before doing anything else.

While it may seem like calling the Labour Board or the Human Rights Tribunal may be the logical first step, as cases such as Sloan and in the case of the Labour Board, Limebeer v. Canadian Tire Corp. Ltd., 2013 ONSC 2735 (CanLII), summarized by this blog in the post Employees Cannot Make ESA Complaints and Sue: ON SC demonstrate, choosing to start your case in the wrong place can be very costly.

Speak with an employment lawyer before making any final decisions as to (a) whether to sue for wrongful dismissal and (b) if so, where. The cost of that conversation will likely be much less than the cost of getting it wrong. For example, had the applicant in the Sloan case sued for wrongful dismissal and alleged in that case that she was discriminated against on the basis of being pregnant, she likely would have received something.

If you would like assistance with your wrongful dismissal case, the professional, experienced and cost-effective employment lawyers for employees at Ottawa's Kelly Santini LLP would be happy to be of service to you.

The takeaway for employers is that just because an employee is pregnant that does not mean that you cannot fire her; the Human Rights Tribunal of Ontario was very clear in its statement on that point.

However, before taking any such course of action employers would be very well served by speaking with an experienced employment lawyer. Just because the law says you can do it, does not mean the employee is going to accept the decision.

If you are an employer in Ontario and are thinking about terminating the employment of any of your employees, but especially if that employee is pregnant, speak with an experienced employment lawyer first. The professional, experienced and cost-effective employment lawyers for employers at Ottawa's Kelly Santini LLP would be happy to be of service to your business or organization.