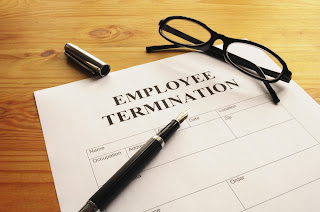 As an update to an earlier post, Employee Fired by Mistake had Duty to Return (published on this blog on September 3, 2012), on September 11, 2013, the Court of Appeal for Ontario upheld the decision of the Honourable Justice R.A. Lococo of the Superior Court of Justice, in which the court dismissed an employee’s claim for damages following an admitted constructive dismissal.

The case concerned the duty to mitigate and whether it was reasonable for the employee to refuse to return to the employer that had fired him. The reasons for the decision of the Court of Appeal for Ontario were reported at: Chevalier v. Active Tire & Auto Centre Inc., 2013 ONCA 548

Review of the Facts

As a brief review of the facts of the case, on October 28, 2008, the plaintiff employee Earl Chevalier was notified in writing by the General Manager of Mr. Chevalier's employer, Active Tire, that he was being laid off. Two weeks later, Mr. Chevalier commenced his wrongful dismissal action.

A few days later, Mr. Chevalier received a letter from his employer, calling him back to work. The letter stated that the general manager had acted under the mistaken belief that Active Tire could lay off Mr. Chevalier.

Active Tire did not dispute that Mr. Chevalier was constructively dismissed when he was laid off. However, they took the position that Mr. Chevalier had failed to mitigate his damages by refusing the return and therefore he was not entitled to damages.

Following the trial of the case, the judge hearing the case dismissed the plaintiff’s claim for damages accepting the employer’s argument that Mr. Chevalier had failed to mitigate his damages.

In upholding the trial judge’s decision, the Court of Appeal for Ontario deferred to the trial judge’s findings of fact, including the finding that Mr. Chevalier’s commencement of a wrongful dismissal suit was not evidence, in itself, that the relationship between the parties was acrimonious and infused with animosity.

Although the Court of Appeal was empathetic to Mr. Chevalier’s situation, noting “We recognize that this result is unfortunate for Mr. Chevalier”, the Court went on to hold that:

Absent palpable and overriding error, it is not open to this court to interfere with a trial judge’s factual findings or assessment of the evidence. In this case, the trial judge’s key factual findings, which flowed from his evaluation of the trial evidence, are adverse to Mr. Chevalier. We are not satisfied that the case for palpable and overriding error has been made out.

In my earlier commentary I questioned why Mr. Chevalier was not at least awarded his statutory termination pay following his admitted constructive dismissal. I would repeat that question here, although the answer appears to lie in the Court of Appeal’s summary of the nature of the appeal. It would appear, although I could be incorrect, that the reason Mr. Chevalier was not awarded his statutory termination pay may be a simple as the fact that he had not asked for it.

As of late, this blog has commented on the issue of ensuring that litigants plead their case in the correct forum. Typically, this blog has advanced the argument that the correct place for an employment law matter is the courts. However, that is not always the case. In this case, two things may have changed the outcome for Mr. Chevalier:

Choosing the proper forum in which to plead your case can be confusing. Although it may have been appropriate to file with the Ministry of Labour in the Chevalier case, this blog has often argued against such an approach, see e.g. The High Price of Free Employment Law Advice. Accordingly, as this blog has always stated: before making any decisions about where to file or plead your case, you should first speak with a professional employment lawyer.

The professional, experienced and cost-effective employment lawyers for employees at Ottawa's Kelly Santini LLP would be happy to be of service to you.

As before, the takeaway for employers with labour pains is that there are ways to mitigate your exposure to claims of wrongful dismissal. In this case the employer was not required to pay the dismissed employee anything, even though its actions were initially wrongful.

Employers are cautioned however from simply attempting to employ the approach in this case. As was seen in the case of Farwell v. Citair, Inc. (General Coach Canada), 2014 ONCA 177 (CanLII), summarized by this blog in ONCA: No Duty to Mitigate Unless Offer Made After Termination, if the employer gets this process wrong, it can be costly.

If you are an employer in Ontario and one of your employees is now claiming that he or she has been wrongfully dismissed, it’s time to speak with an employment lawyer. The professional, experienced and cost-effective employment lawyers for employers at Ottawa's Kelly Santini LLP would be happy to be of service to your business or organization.