Federal Court says Terminations Without Cause are Not Intrinsically "Unjust" 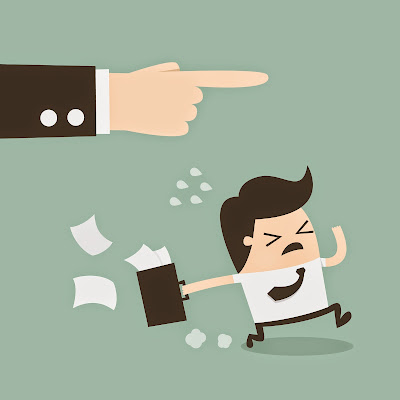 For the reasons that follow, I argue that it did not – although the decision did certainly curtail the opportunity for employees to complain of having been unjustly dismissed.

The case concerned Mr. Joseph Wilson, who in 2009, was dismissed without cause by his employer, Atomic Energy of Canada Limited (AECL). In lieu of providing Mr. Wilson with notice of dismissal, AECL paid Mr. Wilson 6 months’ severance pay. Mr. Wilson complained to the Federal Labour Program of unjust dismissal.

A labour adjudicator appointed under the Canada Labour Code, (“CLC”) concluded that the CLC only permits dismissals for cause. Therefore, the adjudicator found that Mr. Wilson’s complaint of unjust dismissal was made out.

After reviewing a number of earlier decisions on the issue of whether the CLC could permit an employer to terminate an employee’s employment without cause, the Honourable Mr. Justice James W. O'Reilly of the Federal Court set out the following “regime for dismissals:”

[35] An employer can dismiss an employee without cause so long as it gives notice or severance pay (ss 230, 235). If an employee believes that the terms of his or her dismissal were unjust, he or she can complain (s 240). The only exceptions to the general right to make a complaint are where the dismissal resulted from a lay-off for lack of work or a discontinuance of the employee’s position, or the employee has some other statutory remedy (s 242(3.1)).

[37] The fact that an employer has paid an employee severance pay does not preclude an adjudicator from granting further relief where the adjudicator concludes that the dismissal was unjust. Similarly, there is no basis for concluding that the CLC only permits dismissals for cause. That conclusion would fail to take account of the clear remedies provided in ss 230 and 235 (ie, notice and severance) for persons dismissed without cause.

The Wilson decision is an important one as it unequivocally provides that employers subject to the provisions of the Canada Labour Code can terminate an employee’s employment without cause. In the nearly 18 months since the case was decided at least one adjudicator appointed pursuant to the provisions of the CLC has declined to even consider an employee’s complaint of unjust dismissal on the basis of the decision in Wilson, see: Sigloy v DHL Express (Canada), Ltd, 2014 CanLII 22985 (CA LA).

It may seem obvious that an employer could dismiss an employee other than for just cause, but the same has simply not been the thinking when it came to employees governed by the provisions of the Canada Labour Code. The reason for such thinking was, in part, because of the wording of the Code. Section 240 of the Canada Labour Code provides as follows:

(a) who has completed twelve consecutive months of continuous employment by an employer, and

(b) who is not a member of a group of employees subject to a collective agreement,

may make a complaint in writing to an inspector if the employee has been dismissed and considers the dismissal to be unjust.

The thinking was, any dismissal that was not for just cause must, logically, be “unjust.” That argument was accepted by some adjudicators and may yet be accepted by the Federal Court of Appeal or Supreme Court of Canada. If the dismissal was “unjust”, then the remedial powers of the Canada Labour Code would be engaged.

However, Justice O'Reilly’s decision makes it clear that the only circumstances under which an employee can now complain that he or she has been unjustly dismissed are the following:

Giving focused attention to Justice O'Reilly’s enumeration of the only possible ways by which an employee can complain of unjust dismissal does leave one wanting. “A dismissal is unjust if it is unjust” seems a little tautological. Moreover, what if – as is common – an employer fails to provide any reason for dismissal? Can the employee still take the position that the reason given by the employer was “unjustified”? How can a dismissal without cause be “unjustified” in any event? The entire point of a dismissal without cause is that there is no reason; the dismissal itself is, in fact, unjustified. Finally, what does Justice O'Reilly mean if the “terms” are unjust? Did His Honour intend to say if the quantum of notice is sufficient, the same as one might complaint of wrongful dismissal at common law, then the "terms" of dismissal are unjust?

Thinking Justice O'Reilly’s decision through I am left with these impressions:

To be clear, I remain unconvinced that an employee can never complain of having been unjustly dismissed and seek reinstatement pursuant to the provisions of the Canada Labour Code simply by virtue of the Federal Court’s decision in Wilson v AECL.

The Wilson decision will effect very few employees working in Ontario. Pursuant to the provisions of the Canada Labour Code, only those employees who work in a “federal work, undertaking or business” will be affected. The definition of “federal work, undertaking or business” contained within the Canada Labour Code is as follows:

any work, undertaking or business that is within the legislative authority of Parliament, including, without restricting the generality of the foregoing,

(a) a work, undertaking or business operated or carried on for or in connection with navigation and shipping, whether inland or maritime, including the operation of ships and transportation by ship anywhere in Canada,

(b) a railway, canal, telegraph or other work or undertaking connecting any province with any other province, or extending beyond the limits of a province,

(c) a line of ships connecting a province with any other province, or extending beyond the limits of a province,

(e) aerodromes, aircraft or a line of air transportation,

(g) a bank or an authorized foreign bank within the meaning of section 2 of the Bank Act,

(h) a work or undertaking that, although wholly situated within a province, is before or after its execution declared by Parliament to be for the general advantage of Canada or for the advantage of two or more of the provinces,

(i) a work, undertaking or business outside the exclusive legislative authority of the legislatures of the provinces, and

(j) a work, undertaking or activity in respect of which federal laws within the meaning of section 2 of the Oceans Act apply pursuant to section 20 of that Act and any regulations made pursuant to paragraph 26(1)(k) of that Act

Unless the employee works in one of those industries, the provisions of the Canada Labour Code do not apply.

If the employee is employed by a “federal work, undertaking or business”, then the decision will have to be reviewed and considered before making any decisions about where to plead one’s case. The Wilson decision does not say that employers can now do whatever they want to employees; it simply says that unless the terms of the dismissal are, in fact, unjust, the employee cannot complain of having been unjustly dismissed. More to the point, the fact that an employer does not have “just cause” to terminate the employment relationship is no longer sufficient grounds, in and of itself, to complain of having been “unjustly dismissed.”

If you are a worker in Ontario and have been dismissed by your employer, whether your employer is subject to the provisions of the Canada Labour Code or the Ontario Employment Standards Act, 2000, before making any final decisions about your case, you should first speak with a lawyer. The professional, experienced and cost-effective employment lawyers for employees at Ottawa's Kelly Santini LLP would be happy to be of service to you.

At the same time, however, employers would be prudent to read the terms of this post carefully. In my opinion, there remains an opportunity for employees to complain to the Federal Labour Program where the employer fails to provide reasonable notice of the dismissal.

If you are an employer in Ontario and are thinking about firing one or more of your employees, it would be prudent to first speak with a lawyer. The professional, experienced and cost-effective employment lawyers for employers at Ottawa's Kelly Santini LLP would be happy to be of service to your business or organization.