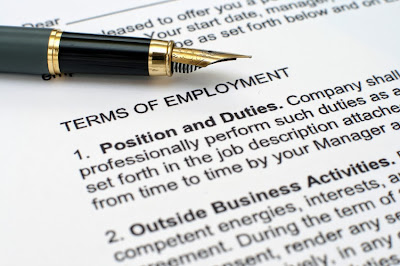 For years this blog has taken the position that if a termination provision in an employment contract does not technically violate the provisions of the Ontario Employment Standards Act, 2000 at the time of termination, but has the potential to do so at other times, it is legally unenforceable at all times. Period. For my earlier commentary on this subject see Poorly Drafted Employment Agreement Proves Costly.

The position and statement of law is premised upon a decision made by the Honourable Justice Wailan Low of the Ontario Superior Court of Justice: Wright v. The Young and Rubicam Group of Companies (Wunderman), 2011 ONSC 4720 (CanLII).

In Wunderman, Justice Low had written:

There is, in my view, no particular difficulty in fashioning a termination clause that does not violate either the minimum standards imposed by the Employment Standards Act or the prohibition against waiving statutory minimum requirements and there is no compelling reason to uphold a termination clause which the draftsman may reasonably be understood to have known was not enforceable either at all or under certain circumstances.

In my view, the termination provision in the employment agreement is void and the presumption that termination will only be upon reasonable notice is not, in this case, rebutted.

Justice Low’s comments were received as principled and most employment lawyers I know have accepted the statement as cautioning drafters of employment contracts to pay close attention to their word choices.

[149] Low J., in Wright v. The Young and Rubicam Group of Companies (Wunderman), reviewed the jurisprudence and held the termination clause of the employment agreement that was before him [sic] was void from the outset, even though the employee had not yet worked long enough to be entitled to a longer period of notice under the Employment Standards Act than the employment agreement would have given him.

[150] I respectfully disagree with Low J.’s reasoning in Wright. An employer who prescribes a notice period in a contract of employment must conform to provincial employment standards legislation for the particular employee, in the particular circumstances. The employer who drafts an agreement prescribing a fixed notice period, rather than one that increases with the employee’s years of service, and who does not negotiate a new employment agreement when the employee’s years of service entitles him/her to a longer period of notice, assumes the risk that the clause will become invalid at that point and that the common law will prevail to determine the period of notice required. It is only invalid at that point and not invalidated from when the contract was initially executed.

[151] If the contract is invalidated from the beginning it would unreasonably restrict the parties’ ability to negotiate their own terms of employment to require that the notice period must be of such a length as to satisfy the legislative requirements in every conceivable circumstance. This would require the notice period in a contract of employment for a new employee to meet the minimum notice requirements for an employee of the longest conceivable years of service. This goes beyond what is necessary to provide an employee with the notice period prescribed by provincial legislation and restricts to an unreasonable extent the parties’ right to negotiation their own agreement.

[152] The termination clause of the Keegan Agreement did not violate the Employment Standards Act in the circumstances, in that it provided for 30 days’ notice of termination, where the Employment Standards Act provided, in s. 57(1)(c), that an employee who has worked for between three and four years (Mr. Keegan was employed for slightly over three years, from February 18, 2003, to March 16, 2006) is entitled to three weeks’ notice of termination. The notice period in the Keegan Agreement was not void from the outset, and it rebuts the presumption existing at common law that Mr. Keegan, if he was an employee, was entitled, if terminated without cause, to “reasonable notice” of the termination.

Why I Feel Compelled to Disagree

Respectfully, I have a number of concerns with Justice Price’s decision. First, Madam Justice Low is a woman. I am going to give Justice Price the benefit of the doubt and presume that he was borrowing a little too closely from counsel’s written submissions when he commented on the contractual provision that was before “him.” Still, although Justices Low and Price practice in different regions, this is the type of detail one should be getting right.

Next, I take serious issue with the logic contained within paragraph 151 of Justice Price’s reasons for decision, where His Honour comments, “This would require the notice period in a contract of employment for a new employee to meet the minimum notice requirements for an employee of the longest conceivable years of service.” What Justice Price appears to be saying is that, in order for Justice Low’s reasoning to be correct, a contractual termination provision would only be legal if it provided for the maximum amount of minimum termination pay available to any employee. That is not how I read Justice Low’s decision. What Justice Low said is, the contractual provision must be legal under all applicable circumstances in order to be valid. There are, in fact, easy ways to draft such language and those do not require employers to provide employees with no less than 34 weeks of combined termination pay and statutory severance.

Why Justice Price Has a Point

On the other hand, I can see some merit in Justice Price’s statement and my concern stems from this: minimum wage. 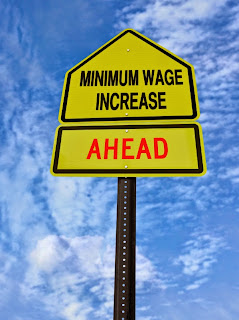 Pursuant to forthcoming changes to the Employment Standards Act, 2000, as of October 1, 2015, the minimum wage in Ontario will be subject to adjustment in accordance with changes in the Consumer Price Index. Pursuant to forthcoming subsection 23.1(6) of the ESA, the adjustment will never be downwards; the minimum wage will either stay the same or increase.

The employer who drafts an agreement prescribing a fixed notice period, rather than one that increases with the employee’s years of service, and who does not negotiate a new employment agreement when the employee’s years of service entitles him/her to a longer period of notice, assumes the risk that the clause will become invalid at that point and that the common law will prevail to determine the period of notice required.

The employer who drafts an agreement prescribing a fixed wage, rather than one that increases with the employee’s years of service, and who does not negotiate a new employment agreement when the employee’s years of service entitles him/her to a higher wage, assumes the risk that the clause will become invalid at that point and that the common law will prevail to determine the wage required.

Using Justice Low’s reasoning, must all employment contracts provide that the salary set out in the contract of employment will increase so as to ensure that it complies with the applicable minimum wage at all times? It certainly would not be difficult to draft such language in a contract. Moreover, it is conceivable that a contract that provides for a set wage amount could, in the future, run afoul of the minimum wage standards, especially in time of hyper inflation given the changes to the ESA.

Carrying Justice Low’s reasoning through, there is an argument to be made that any contract of employment would be voidable ab initio if it met these three criteria: (a) it specifies a base salary; (b) it fails to provide that the salary will increase so as to stay compliant with the minimum wage legislation; and (c) it fails to include a provision that says that if one part of the contract becomes invalid the rest of the contract remains in effect.

"Ridiculous!" you say? Perhaps, but it very much illustrates the point that Justice Price was trying to make: it may be impossible to account for all circumstances and contingencies and the parties should be permitted to contract for today. If things change over time and the contract accordingly becomes invalid, so be it; but, parties should be free to contract provided that the same is legally valid at the time of execution and attempted enforcement. The same may actually be the position of the Court of Appeal for Ontario. Consider the case of Musoni v. Logitek Technology Ltd., 2013 ONCA 622, canvassed by this blog in the post ONCA Upholds 15-Day Termination Provision - Important Lessons for the Suddenly Unemployed.

When I started this post I found myself strongly disagreeing with Justice Price’s decision. Indeed, I still find myself coming down more on the side of Justice Low’s decision in Wunderman when it comes to drafting contractual termination provisions. As Her Honour observed, “There is… no particular difficulty in fashioning a termination clause that does not violate… the minimum standards imposed by the Employment Standards Act.”

However, we still have no real guidance from the Court of Appeal as to what they want from employment contracts. None of Wunderman, Stevens v. Sifton Properties Ltd., 2012 ONSC 5508, or Paquette c. Quadraspec Inc., 2014 ONCS 2431 (CanLII) has been subject to appeal. Indeed, with the exception of Musoni v. Logitek Technology Ltd., which was argued by a self-represented party, we have no real guidance at all from the Court of Appeal on this issue. As to which way the pendulum will ultimately swing, I simply cannot say – it will depend on the facts of the actual case and the arguments made to the court.

The takeaway for employees with labour pains is that litigation is uncertain. Wunderman is often considered good law and the arguments made in the Ford case seem cogent. Nonetheless, Justice Price saw things differently – that happens in litigation. However, just because one judge saw things one way does not mean that another judge will agree – a fact the Ford case makes very clear.

If you are an employee in Ontario and you have been let go from your job, it is usually worth it to speak with an experienced employment lawyer. If you find yourself in a situation where your employer is attempting to limit your severance entitlements by way of a contractual termination provision, then you should absolutely seek an opinion from an employment lawyer as to your rights. The professional, experienced and cost-effective employment lawyers for employees at Ottawa's Kelly Santini LLP would be happy to be of service to you.

The takeaway for employers with labour pains is that it absolutely pays to use written employment agreements. In this case the employer was able to terminate a contract of employment on the provision of only 30 days notice. While the ability to do that in all cases remains suspect, what is clear is that by using a well-drafted employment contract, employers can limit their obligations on termination.

If you are an employer in Ontario, you should be using a written contract of employment with your staff. If you are not, there is no time like the present to start and the professional, experienced and cost-effective employment lawyers for employers at Ottawa's Kelly Santini LLP would be happy to be of service to your business or organization.