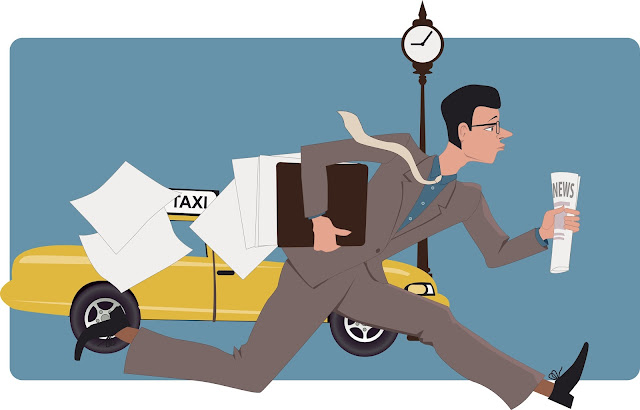 Summary judgment, a method of resolving lawsuits without the need for a trial, has long been considered an appropriate means by which to resolve wrongful dismissal cases. The changes made in 2010 to the Rules of Civil Procedure, the rules governing lawsuits in Ontario, served only to increase the popularity of such a process.

But, as this blog has considered on more than one occasion, the speed and efficiency of summary judgment bring with them their own challenges in wrongful dismissal cases; most acutely what to do about the dismissed employee’s duty to mitigate?

In April of 2015, in the case of Markoulakis v SNC-Lavalin Inc., 2015 ONSC 1081 (CanLII) the Honourable Justice Andra Pollak held that the use of the “Trust Approach” previously approved by the Court of Appeal for Ontario in Cronk v. Canadian General Insurance Co. (1995), 25 OR (3d) 505 (CA) was no longer appropriate given the decision of the Supreme Court of Canada in Hryniak v. Mauldin, 2014 SCC 7. That case was summarized by this blog in the post Rushing to Judgment: How to Reconcile the Duty to Mitigate with Summary Judgment in Wrongful Dismissal Cases.

More recently however, on June 29, 2015, the Honourable Justice Paul Perell, also of the Ontario Superior Court of Justice, in the case of Paquette v TeraGo Networks Inc., 2015 ONSC 4189 (CanLII) described the "Partial Summary Judgment Approach", where the employee is granted a partial summary judgment and the parties return to court during and or at the end of the notice period for further payments subject to the duty to mitigate, employed by Justice Pollak as “cynical, patronizing, unfair, impractical, and expensive.” Justice Perell specifically mentioned the Markoulakis case in making such comments.

Like many wrongful dismissal cases, Paquette concerned an application by the dismissed employee for a greater amount of reasonable notice of termination. The facts of the case, as found by Justice Perell were essentially as follows.

Mr. Paquette was employed by TeraGo in Calgary, Alberta [why the case was litigated in Ontario is not explained] from July 14, 2000 until November 25, 2014 (14 years and 4 months), when he was dismissed without cause. He was 49 years old on the date of his dismissal. Since his dismissal, the economy in Alberta has been poor because of the sharp decline in world oil prices.

After seven years at TeraGo, in May 2007, Mr. Paquette was promoted to Director of Information Technology. He reported to the company’s vice-presidents and senior executives. He was responsible for the supervision of other employees including a Lead Systems Architect.

On June 9, 2014, after TeraGo introduced “cloud” storage of data, Mr. Paquette was made the Director, Billing and Operations Support. Although there was no increase in salary, he had a range of new responsibilities that included coordinating with external stakeholders and overseeing TeraGo’s movement into a new and technically complex area of business. He supervised three external full time IT contractors, trained and mentored TeraGo’s employees, supervised the intake of data into TeraGo’s systems, provided technical support for these systems, and assisted in preparing requests for proposals from external vendors. He reported to the Chief Operating Officer.

Justice Perell found as a fact that Mr. Paquette was upper-middle management with specialized skills in computer technology and project management. Throughout his employment with TeraGo, Mr. Paquette had never been warned, disciplined, or told that his performance was in any way deficient. Mr. Paquette occupied important positions and performed his duties faithfully.

Mr. Paquette received a base annual salary of $125,000. Mr. Paquette also participated in TeraGo’s health and dental plans, for which TeraGo paid monthly premiums of $410.21.

On November 25, 2014, Mr. Paquette was informed that his employment with TeraGo had been terminated, effective that day. A termination letter offered him 30 weeks of his base salary (approximately 7 months), with no consideration of bonus, in lieu of notice. It also informed him that his employment benefits would be extended until January 21, 2015.

TeraGo proceeded to pay Mr. Paquette $20,032.06 representing eight weeks’ salary in satisfaction of his termination notice and severance pay entitlements under the Canada Labour Code. TeraGo also continued his health and dental benefit coverage until January 21, 2015. Why TeraGo provided Mr. Paquette with severance in accordance with the provisions of the Canada Labour Code is not explained. My sense is that the employer was likely mistakenly ignorant as to its actual obligations.

At the time of the summary judgment motion, (June 10, 2015) Mr. Paquette remained unemployed. After updating his resume and creating job search profiles on five different online job search engines, and without any assistance from TeraGo, he had searched for comparable replacement employment, so far without success. He testified that he applied for approximately 96 positions between December 15, 2014 and May 20, 2015.

Briefly, on the issue of the plaintiff’s entitlement to his bonus, Justice Perell held that:

[64] I conclude that Mr. Paquette is not entitled to any bonus payments. Although the Bonus Program at TeraGo was an integral part of Mr. Paquette’s employment, there is no ambiguity in the contract terms of the Bonus Program. Mr. Paquette may be notionally an employee during the reasonable notice period; however, he will not be an “active employee” and, therefore, he does not qualify for a bonus.

With respect to how to address the competing rights as between the employee’s right to 17 months of pay in lieu of reasonable notice and the employer’s right to a deduction in its payment obligation if Mr. Paquette secured new employment during the reasonable notice period – on account of the duty to mitigate - Justice Perell, much like Justice Pollak before him, held that there are essentially three ways to resolve the issue:

In resolving that the “Trust and Accounting Approach”, specifically that employed by the court in Correa was the appropriate method by which to resolve the issue Justice Perell wrote the following:

[68] Mr. Paquette may utilize the funds as he sees fit, but he must account for any mitigatory earnings for the balance of the reasonable notice period. It is the mitigatory earnings not the damages award upon which there is a court imposed constructive trust in favour of TeraGo.

[70] Mr. Paquette has had no employment income since November 2014. He has made diligent, albeit unsuccessful, efforts to mitigate, and it is cynical to assume that with many years of future employment both possible and needed, that he will sit on his hands and wait out the reasonable notice period rather than getting on with his career. If he earns mitigatory income, he will have to simply account for it or be liable for breach of trust.

To employ the colloquial, Justice Perell then ‘dropped the mic:’ [71] Judgment accordingly.

The purpose of this post is to consider the issue of how to resolve the competing issues of summary judgment and the duty to mitigate. As noted by both Justices Pollak and Perell, Ontario’s courts have employed a variety of approaches in an effort to afford fairness to both sides.

As mentioned before, and as is hopefully manifest in my approach to matters, I provide services to both employers and employees in employment-law cases. To that end, I must be mindful of my online comments lest they be employed against me.

That said, I have a certain affinity for Justice Perell’s comments about the cynicism inherent in the position that a dismissed employee will ‘sit on his hands’ after receiving a large severance package. As the British Columbia Court of Appeal observed in the case of Forshaw v. Aluminex Extrusions Ltd., 1989 CanLII 234 (B.C. C.A.):

Justice Perell’s observation, that “it is cynical to assume that with many years of future employment both possible and needed, that he will sit on his hands and wait out the reasonable notice period rather than getting on with his career” is no more than a reiteration of the BC Court of Appeal’s articulation of this fundamental principle underlying the duty to mitigate.

Which approach do I favour? I guess the answer would depend on the facts. There is an appeal to both. And speaking of “appeals” one suspects that an appeal to the Court of Appeal for Ontario may be the only way that this issue gets resolved once and for all.

For employees with labour pains that takeaway is this: summary judgment remains an appropriate method by which to resolve one’s case for severance. By employing the summary judgment approach, dismissed employees can obtain justice quickly, efficiently, and typically without incurring a great amount of legal fees.

The takeaway for employers is that if you are concerned that your employee may fail to mitigate his damages following termination, you may be well served by employing a salary continuance approach to termination, rather than offering a lump sum.