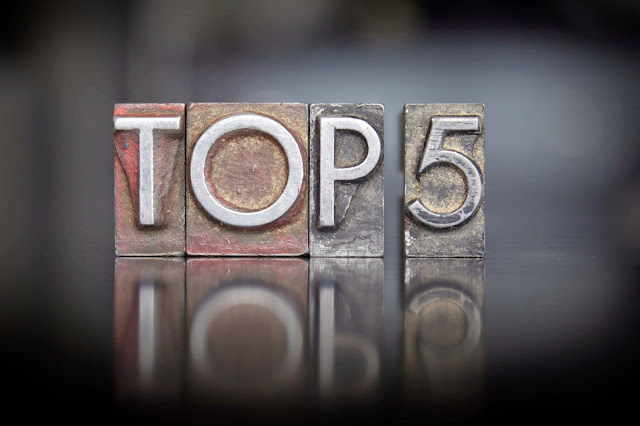 Before naming the “Top Five”, I always enjoying looking back over what I said at the end of last year to compare what I though was going to happen with what did. In my 2014 post I wrote this:

I believe that 2015 and going forward is going to see a lot of tension between the rights of the individual (think religious accommodation) and the rights of the collective (think Sunday shopping.) It will, I believe become harder and harder for employers to know the extent to which they must accommodate any number of issues, including mental health concerns.

While that has certainly been the case, and the issue of individual religious freedoms versus collective security interests is again very much in the news, there has not been as much from the courts or the human rights tribunal as I may have expected. At least not yet.

In 2014, I established some criteria for crafting a top five list. I like those criteria and I am going to stick to them.

First, the decision has to have a considerable impact on Ontario law. Accordingly, even if the case is from the Supreme Court of Canada, if the decision primarily concerns the interpretation of extra-provincial legislation it does not make the list. Sorry, Saskatchewan Federation of Labour v. Saskatchewan, 2015 SCC 4.

Second, the decision must have a considerable impact on labour or employment law.

I am going to kick off this year’s list with a decision from the Small Claims Court. Bray v Canadian College of Massage and Hydrotherapy, 2015 CanLII 3452 (ON SCSM), a decision of the Honourable Deputy Judge J. Sebastian Winny, and summarized in the post Ontario Small Claims Court Awards Human Rights and Punitive Damages after New Mom Constructively Dismissed is one of those decisions that has something for everyone:

Although a decision from the Small Claims Court, Winny D.J. is one of the most prolific writers from that court and the decision is worth a read. Pick a topic; it is probably canvassed.

Demonstrating the power of the Human Rights Tribunal of Ontario, the number four spot this year goes to a decision that received a lot of attention when it was released. O.P.T. v. Presteve Foods Ltd., 2015 HRTO 675 (CanLII), released May 22, 2015, and summarized in the post HRTO Awards $150,000 to Temporary Foreign Worker following Sexual Assault by Employer concerned a case of repeated abuse of some of Ontario’s most vulnerable workers: temporary foreign workers.

Not only does the case demonstrate the precarious nature of such employment, but in awarding $150,000 in general damages for compensation for injury to dignity, feelings and self-respect, the HRTO significantly raised the bar on how much it will be prepared to award when the facts warrant it.

Paquette v TeraGo Networks Inc., 2015 ONSC 4189 (CanLII) is a decision for employment lawyers that litigate. As summarized in the post "Cynical, Patronizing, Unfair, Impractical, and Expensive" - How Justice Perell described the Partial Summary Judgment Approach to Wrongful Dismissal Cases, in Paquette the Honourable Justice Paul Perell provided his opinion on how to reconcile the duty to mitigate with summary judgment in wrongful dismissal cases.

If you have never worried about how to reconcile the duty to mitigate with summary judgment in wrongful dismissal cases, then this decision is probably not for you. But, if you do litigate in this area, or if you are considering a lawsuit for wrongful dismissal, it is worth a read.

The penultimate spot this year goes to an early decision from the Supreme Court of Canada. Potter v. New Brunswick Legal Aid Services Commission, 2015 SCC 10, released in March of this year, and summarized in the post Supreme Court of Canada Confirms that There are Two Paths to Constructive Dismissal did exactly what my title suggests: confirm that when it comes to constructive dismissal there is more than one way mash a potato.

Moreover, the decision held that placing an employee on a paid administrative leave could amount to a constructive dismissal; a decision that no doubt surprised a lot of management-side lawyers.

The decision confirmed a lot of first principles from the Court of Appeal for Ontario, including the notion that the dismissed employee need not point to a specific provision of any contract that was breached, but rather merely that “an employer’s conduct show that the employer intended not to be bound by the contract.”

Potter did not exactly break new ground, but it is rare for the Supremes to weigh in on this subject so a restatement of what constitutes constructive dismissal, a common-law concept, warrants the number two spot.

For my number one choice this year I am actually looking forward. I am naming the Supreme Court of Canada’s decision to hear the appeal of Wilson v. Atomic Energy of Canada Limited, 2015 FCA 17, which was summarized in the post Terminations without Cause are not Automatically Unjust: Federal Court of Appeal, my top pick.

Why name a leave application the number one decision of the year? Because of what the Supremes have agreed to hear and its potential implication on Canadian employment law.

The Federal Court of Appeal’s decision in Wilson v. Atomic Energy of Canada Limited, 2015 FCA 17 was unanimous: A federally regulated employer can dismiss an employee without cause. While that statement may sound obvious, given the provisions of section 240 of the Canada Labour Code the same was far from a given. Indeed, given the Supreme Court’s decision to hear the appeal I would suggest that it still is not.

I could well be wrong and the Supreme Court could agree with Justice Stratas et al., but I am simply not convinced at this time. Of what I am convinced is that the decision, whenever it is released (it is scheduled to be heard on Tuesday, January 19th, and is already in my calendar), will have a profound impact on those who work in federally regulated workplaces.

Looking ahead to 2016 I foresee a number of decisions concerning off-duty conduct and whether the same constitutes “just cause” for dismissal. Although there were several high-profile incidents of off-duty conduct resulting in dismissal this year (Jian Ghomeshi and the Hydro One employee who suggested that certain acts should be performed in certain places being among the two most obvious) given the pace at which law happens there were very few new decisions on this point. (Although Taylor-Baptiste v. Ontario Public Service Employees Union , 2015 ONCA 495 does provide some informative reading.)

Also, I desperately hope for a decision reconciling the competing line of cases concerning contractual termination clauses. As I recently summarized in the post “Benefits”: The Most Important Word in Ontario Employment Law, there are a number of recent, somewhat contradictory decisions from the Ontario Superior Court of Justice canvassing this issue. Some guidance from the Court of Appeal for Ontario would be most welcomed.

May your 2016 be free from Labour Pains.