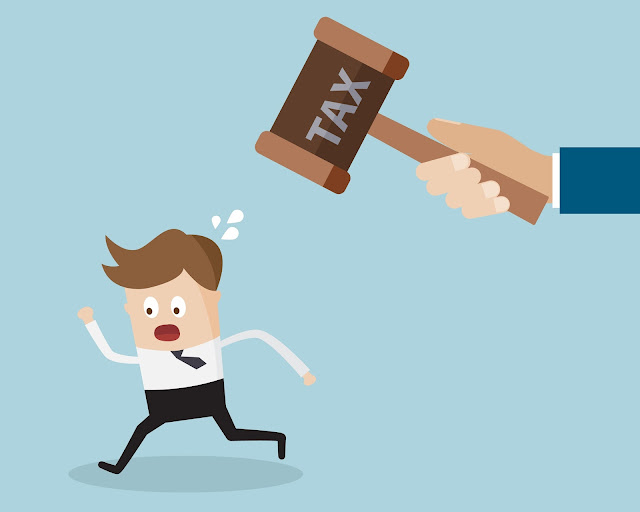 Taxes. People hate taxes. From paying taxes to wrestling with the provisions of the Income Tax Act there really is no joy when it comes to taxation.

A 2015 decision of the Ontario Superior Court of Justice, RJM56 Investments Inc. v Kurnik, 2015 ONSC 6893 (CanLII) presented two questions with respect to the interplay between employment-law settlements and taxation:

While the answer to both questions may, or at least should, be obvious to any lawyer who practices in this area, Justice S.A.Q. Akhtar’s decision is an important, recent imprimatur of some rather fundamental principles employed daily by Ontario employment lawyers.

This was not the first time the two parties had been involved in legal proceedings. Kevin Kurnik was employed as the Chief Financial Officer at RJM56 Investments Inc., which was formerly known as RJ McCarthy (and is therefore described as “McCarthy” in the court’s reasons for decision) from February 1999 to mid-2008, when the company was sold. Following the sale, a dispute arose over a bonus claimed by Kurnik on the basis of a previous oral agreement. Both Kurnik and his former employer commenced legal proceedings claiming funds they alleged were owing from the other. A trial date of 15 June 2015 was scheduled to resolve the claims. However, on 1 June 2015, following a judicial pre-trial, the parties reached an agreement to settle the matter.

This case concerned an application brought before the court by McCarthy for the determination of rights under the Minutes of Settlement (“the Minutes”) that resolved two aforementioned employment cases.

Essentially the problem was this: McCarthy, purporting to comply with the Minutes, claimed two things: (1) It was entitled to deduct a withholding tax from the entire payment; and (2) It was entitled to subtract the amount of Canada Pension Plan, Employment Insurance and Employer Health Tax contributions (“CPP/EI/EHT”) that it was obligated to make on Kurnik’s behalf from the total amount of the settlement. McCarthy asked the court to determine whether these deductions were proper under the terms of the Minutes.

Kurnik, for his part, brought a separate motion for summary judgment asking that the Minutes be enforced. He argued that, under the terms of the Minutes, a portion of the settlement amount constituted compensation for legal costs and was to be paid without deduction. He argued that McCarthy’s debiting of funds was a unilateral breach of the Minutes. Kurnik also relied upon a term in the Minutes, which imposed an increased payment in the event of default and submits that he is now entitled to that increased payment because of McCarthy’s actions.

Put at its most basic: Ought McCarthy to have withheld tax from the amount to be paid as legal fees, and did McCarthy have the right to subtract the CPP/EI/EHT contributions it made from the payment made to Kurnik?

With respect to whether McCarthy was correct to withhold tax on the amount to be paid in respect of legal fees, Justice Akhtar held that it was not, but for some interesting reasons:

[26] If the Minutes prescribed that Kurnik’s legal costs be provided without deduction, it was not open to McCarthy to unilaterally decide otherwise. I recognise the fact that parties cannot contract out of the provisions of any applicable provisions of the ITA [Income Tax Act]; however, if the intention of the parties was to allocate those funds as direct legal costs, the principles enunciated in Scharf [Scharf v. Freure Homes Ltd. (1994), 95 DTC 5074 (Ont. Gen. Div.)] would operate to make the ITA provisions inapplicable to those funds.

What the court had previously said in the Scharf was that:

Perhaps the way to have avoided this problem would have been for the parties to have stated specifically in the judgment that the monies were to be paid directly to the law firm. Settlements, and judgments incorporating such settlements, often do make such provision. This is generally to ensure that the legal fees are paid and I doubt that it is often done specifically with a view to ensuring that tax implications can be avoided.

With respect to the second issue, perhaps it is important to start with some context. As Mr. Kurnik’s employer, McCarthy was obligated to not only deduct from Mr. Kurnik’s income and remit to CRA contributions to EI and CPP payable by Mr. Kurnik, it was also liable to make remittances to CRA on its own behalf because it was Mr. Kurnik’s employer. Both employees and employers must contribute towards EI and CPP, a fact of which most employees are unaware. In this case, McCarthy’s bill to CRA came to $36,815.58. McCarthy argued that because it had to pay that amount to CRA, it should be entitled to deduct that amount from the $1.5 million that it owed Mr. Kurnik.

[35] McCarthy sought to justify its deduction of the additional sum of $36,815.58 on the basis that this sum constituted employer CPP/EI/EHT contributions for 2015-16 payable on Kurnik’s behalf. As a result, the total payment to Kurnik exceeded the $1.5 million agreed by the parties. I find this argument to be disingenuous. As its factum [read: written argument] recognises, McCarthy was under an obligation to make the contributions regardless of any settlement with Kurnik.What McCarthy now seeks to do is to merge its obligations to Revenue Canada with the settlement agreement. Once again, this amounts to an impermissible rewriting of the Minutes.

In the result, and as later confirmed in Justice Akhtar’s reasons with respect to costs, (see 2016 ONSC 21) Kurnik was the successful party.

I must confess to finding Justice Akhtar’s reasons for decision rather confusing. Anyone confused by my distillation of the decision is encouraged to return to the original; as hard as I try there is no guarantee that my summary is correct.

The court’s analysis of sections 6 and 8 of the Income Tax Act frankly left my baffled. What I take away from the Kurnik decision is confidence that the usual approach of employers paying law firms directly, without applying the usual source deductions, is an accepted and appropriate practice. If both of the parties want to save themselves some tax, the employer in resolving an employment case should pay the employee’s lawyers directly.

With respect to the second issue, i.e. whether McCarthy should have been entitled to a setoff with respect to its own obligations, it may have been helpful for Justice Akhtar to reference, amongst other things, section 84 of the Employment Insurance Act.

As I explain much more fully in my post Can Independent Contractors Get EI Benefits?, under section 84 of the Employment Insurance Act an employer cannot attempt to charge its own obligations to the employee. What the law says is as follows:

Despite any contract to the contrary, an employer is not entitled to recover from an insured person [i.e. the employee] the employer’s premium payable by the employer either by withholding the amount of the premium from the person’s wages or otherwise.

What McCarthy was trying to do, by subtracting its obligation from the settlement amount was recover its premium amount, pure and simple. Such actions are clearly illegal and it would have been helpful for the court to have said as much. Perhaps the same was not argued, I don’t know.

There are two takeaways from this case for employees. First, it is typically to an employee’s advantage in an employment case for his former employer to pay his legal fees directly. Doing so allows those fees to be paid with ‘before tax’ rather than ‘after tax’ dollars. Employees involved in such cases would be well served to attempt to have such an arrangement made part of any settlement. Second, and less frequently to be encountered, employees should be aware that employers are not permitted to charge employees for the employer’s portion of any EI, CPP, or EHT contribution. While few employers would be so bold as to attempt to do so, where such a thing happens employees should be aware of their rights.

The one important lesson for employers from this case is that employers cannot deduct their EI, CPP, and EHT premiums from any amount it may owe one of its employees. The employer in this case is lucky that it did not get sanctioned for such attempts.

Also, when settling a case of alleged wrongful dismissal, or some other employment-law related issue, it is often to the advantage of both parties for the employer to apportion part of the settlement towards legal fees. Such considerations should be discussed with counsel.