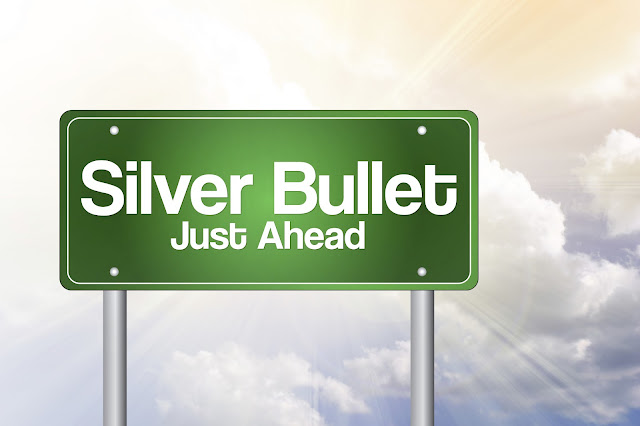 The Ontario Human Rights Code is a powerful law, capable of addressing serious systemic issues related to, amongst other things, employment. But, it is not a panacea.

On December 29, 2015, I authored a blog post titled Law & Order: Special Victims Unit - How the Human Rights Code is Changing Ontario Employment Law. In that post I wrote that:

Unless the employee alleges a violation of the [Human Rights] Code, which requires the employee to demonstrate that one of his or her distinguishing features was somehow a factor in the decision to subject the employee to harassment (or some other form of negative treatment), the employee has no comparable remedy. Employees subject to ‘everyday' harassment have no real ability to have someone ‘in charge’ review their employers’ actions.

Although the Applicant successfully proved that she was a person suffering from a disability (she had epilepsy) and had her evidence accepted that she may have been discriminated against and harassed in employment, (which only served to aggravate her medical condition,) because the Applicant had not alleged that she suffered such discrimination and harassment because of her disability, the Tribunal was legally impotent to address the situation. The Application was dismissed.

As an additional point of interest, in the Luthra case, the Applicant had alleged that her employment was inappropriately terminated because she was not guilty of the “offences” her employer alleged. As Vice-Chair Pickel noted, although the Human Rights Code does speak to protection from discrimination on the basis of a “record of offences,” that term does not mean what most people think it means and cannot be used a means by which the Human Rights Tribunal can review the appropriateness of any workplace punishment.

Luthra is thus an important read for any person considering bringing a Human Rights application against his or her employer.

The Applicant filed an Application before the Human Rights Tribunal of Ontario (“HRTO”) alleging that the Respondent, her former employer, had discriminated against her because of her “record of offences”, contrary to the Human Rights Code, R.S.O. 1990, c. H.19, (the “Code”). The Applicant was employed by the Respondent as a leasing specialist from April 1, 2014, until her employment was terminated on July 10, 2014.

In providing her reasons for dismissing the Applicant’s Application, Vice-Chair Pickel started her analysis by noting the following:

[6] Under s. 5 of the Code, every person has a right to equal treatment with respect to employment without discrimination because of a number of grounds including disability. The ground of disability includes a perceived disability. Section 5(2) of the Code protects employees from harassment in employment because of the grounds listed in that section. While some legislation prohibits broader forms of personal or workplace harassment (see, for example, Occupational Health and Safety Act, R.S.O. 1990, c. O.1, Part III.0.1), the Code’s harassment protections are specifically linked to the grounds referenced in s. 5(2) of the Code. Therefore, in order to make out a claim of harassment under the Code, it is not only necessary to demonstrate harassment but the harassment must have been based, at least in part, on one of the grounds of discrimination listed in s. 5(2) of the Code. In this case, in order to make out her claims of harassment, the applicant must not only establish that she was subject to harassment during the course of her employment. She must also establish that any harassment she experienced was, at least in part, because of her disability.

[8] A key issue that must be addressed at the outset is whether the applicant had a disability within the meaning of the Code, or was perceived to have a disability, during the time period that is relevant to this Application. The applicant testified that she has epilepsy, and had this condition throughout the course of her employment with the respondent. The applicant testified that her manager Ms. Bhutani was aware that she had a disability for at least three reasons: (i) she mentioned in her hiring interview that she had “personal and health issues”; (ii) she told Ms. Bhutani on several occasions that she should treat her with respect and not scream at her because of her “health issues” and/or because it caused her anxiety and stress; (iii) the applicant had an attack/seizure on June 25, 2014, and provided updates to Ms. Bhutani regarding her medical condition.

[10] For the purposes of this decision, I am prepared to assume that the applicant did have epilepsy during the relevant time period and that epilepsy is a disability within the meaning of the Code. However, the evidence in this case does not establish that Ms. Bhutani was aware of the applicant’s epilepsy until the applicant experienced a seizure on June 25, 2014. Even if I accepted that the applicant made a general reference to “personal and health issues” or “anxiety and stress” on several occasions, this was not sufficient to make Ms. Bhutani aware of any disability within the meaning of the Code. In the circumstances of this case, such general references also were not sufficient to amount to a request for any kind of accommodation for the applicant’s disability. It is common for individuals to refer in a general way to health issues, stress and anxiety. Not all “health issues”, stress or anxiety amount to a disability under the Code. The applicant provided no medical evidence of any kind at the hearing. She did not provide any medical evidence, either at the hearing or to the respondent during her employment, that she had an anxiety-related condition that might amount to a disability under the Code. Therefore, I find that the earliest date on which the respondent could reasonably have been aware of the applicant’s disability was June 25, 2014.

With respect to the Applicant’s claims of “workplace harassment” Vice-Chair Pickel wrote the following:

…even accepting the facts as alleged by the applicant as true, her allegations relating to events preceding the termination of her employment do not amount to discrimination or harassment because of disability or any other ground protected under the Code

In denying the application, Vice-Chair Pickel repeated the familiar phrase that, “The Code does not provide general protections against unfair treatment or harassment that is unconnected to a protected ground under the Code.” Vice-Chair Pickel then went on to add:

[23] It was clear, from the applicant’s Application as well as her testimony and submissions at the hearing, that she was not alleging that Ms. Bhutani or anyone else harassed or discriminated against her because of her disability. Instead, the applicant’s allegations were in essence that Ms. Bhutani and her co-workers harassed her in such a way that she experienced anxiety and stress or in such a way that caused her additional anxiety and stress. Even if I were to accept as true all of the applicant’s allegations regarding Ms. Bhutani’s alleged screaming and the alleged bullying by her co-workers, they do not amount to discrimination or harassment under the Code because, even on their face, they are not allegations that this conduct was directed at the applicant because of her disability.

As noted at the outset of this post, Ms. Luthra initially commenced her application, claiming discrimination on the basis of her “record of offences.” Vice-Chair Pickel’s reasons for decision very clearly explain why such an application was ill-advised:

[25] The applicant vigorously challenged the fairness and reasonableness of the performance concerns raised by the respondent. However, the issue before me is not whether the respondent’s concerns were fair or reasonable. The issue before me is whether they were discriminatory. Even if Ms. Bhutani’s response to the incidents involving the cheques and the use of the computer was unfair (and I make no finding on this point) her response does not amount to discrimination or harassment under the Code. Ms. Bhutani’s response to these incidents may have caused the applicant stress and anxiety, but there is no evidence that Ms. Bhutani responded the way she did, even in part, because of the applicant’s disability or because of any perceived disability.

As mentioned, the case was dismissed. Because the case was argued before the Human Rights Tribunal the employer was not entitled to its legal fees even though it won.

As this blog has explained before, an unfair and unwarranted reprimand of an employee, which causes that employee undue stress, is not automatically discrimination or harassment under the Ontario Human Rights Code, even if that employee is a person suffering from a disability. (For another example of this principle see: Why the Human Rights Tribunal of Ontario may be the Wrong Place to Plead Your Wrongful Dismissal Case.)

Moreover, workplace punishments, such as being “written up” do not constitute a “record of offences” as that term is used in the Ontario Human Rights Code. For a greater explanation of what “Record of Offences” means, see the post Discrimination and Criminal Convictions: In Employment Law is it Always a Life Sentence?

The Luthra case first came to my attention by way of a post written by Janice Rubin of the law firm Rubin Thomlinson LLP. In her post titled The challenge of the unrepresented party: Consider this case from the Human Rights Tribunal of Ontario, Ms. Rubin argued that Ms. Luthra had asserted a case for which there appears to have been no factual or legal foundation. Ms. Rubin appears to blame Ms. Luthra’s lack of legal counsel for such actions.

Ms. Luthra’s case is unfortunate. In placing her case before the Human Rights Tribunal she handcuffed herself as to what she could argue. Because she was unable to establish that she was unfairly treated because of her disability, she was left without any remedy given her choice of arena. A legal representative likely could have assisted Ms. Luthra. Who knows whether she would have had greater success had she pleaded her case before another body, such as the courts or an Employment Standards Officer investigating an allegation of a breach of the Occupational Health and Safety Act.

While the Tribunal’s decision is very likely correct, one has to query whether the outcome is equally as correct.

There are really two takeaways for employers from this case. First, professional legal advice is just as important for employers as it is for employees. There are countless examples of employers ‘getting it wrong,’ and you do not need to join their ranks.

Second, just because the Human Rights Code is not a panacea for all of society’s ills does not grant employers a license to treat their employees poorly. While I cast no judgment on the employer in this case, and am unable to say whether the employees concerns were legitimate or simply overreactions, the case does demonstrate that there can be economic efficiency in treating one’s employees well. Although the employer in this case ultimately prevailed, it was still forced to incur legal fees and opportunity costs in order to respond to the application.