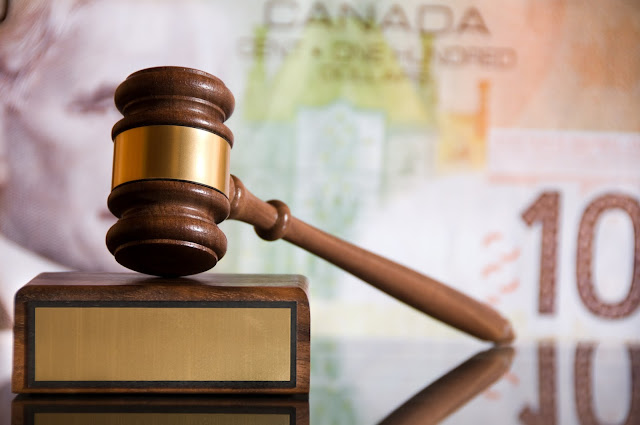 One of the most commonly held beliefs about the civil justice system is that the losing party has to pay the winning party’s legal fees. While that belief is not entirely correct, it is not entirely wrong either.

Civil courts in Ontario have the right to award “costs” following a “proceeding.” Without wading too far into the semantics, “costs” is not the same thing as the amount that one has paid his or her lawyer, and “a proceeding” may be a trial, but it may also be something else.

The issue of costs in the Ontario Small Claims Court is both more simple and more complex. What makes matters easier is that the law prescribes that the basic amount of costs to which a successful party will be entitled following a trial is 15% of the amount claimed, plus actual disbursements. With a jurisdictional limit of $25,000, that means that if one sues for $25,000, then costs may typically be in the range of $3,750, i.e. 15% of the amount claimed.

Where things get complicated is that the law also says that judges have discretion to award more or less money for costs. The law also allows the judge to award costs to the losing party.

Decisions on costs from the Ontario Small Claims Court are rare. Judges rarely issue written reasons for the costs award, and even when judges do write out their reasons they are infrequently reported.

In 2015, I was involved in a Small Claims matter where the plaintiff alleged that she was wrongfully dismissed. I acted for the defendants in that case. On January 1, 2016, the Honourable Deputy Judge Lyon Gilbert dismissed the plaintiff’s case for reasons reported as Barton v Bowerman, 2016 CanLII 30100 (ON SCSM). Following the trial the judge invited the parties to make submissions on the amount of costs that should be awarded.

Following the presentation of written submissions, Deputy Judge Gilbert awarded the defendants, for whom I acted, $8,000.00 in costs. The court’s reasons can be found by clicking the following link: Costs Decision in Barton v Bowerman. Ottawa Small Claims Court. Court File No. 14-SC-130470. January 18, 2016.

This post will not get into the details of what was claimed. A summary of the plaintiff’s claims can be found in the judge’s decision on the merits.

With respect to costs, perhaps it is easiest for me to simply reproduce my submissions on costs and then deal with the judge’s decision.

In seeking costs of more than the basic amount, I respectfully submitted the following:

The Plaintiff claimed against the Defendants for $25,000.00 in damages on the basis of no fewer than five causes of action: wrongful dismissal, general damages, aggravated damages, punitive damages, and a breach of the Ontario Human Rights Code.

The trial of this matter consumed nearly three full days of court time.

The Plaintiff is a paralegal. She had also retained the services of a lawyer.

Section 29 of the Courts of Justice Act, provides that an award of costs in the Small Claims Court, other than disbursements, shall not exceed 15 per cent of the amount claimed unless the court considers it necessary in the interests of justice to penalize a party or a party’s representative for unreasonable behaviour in the proceeding.

Rule 19.04 of the Rules of the Small Claims Court, grants this Honourable Court the jurisdiction to award a representation fee.

Rule 19.06 further grants this Honourable Court the jurisdiction to order the Plaintiff to pay an amount as compensation to the Defendants if this Court is satisfied that the Plaintiff unduly complicated or prolonged the action or has otherwise acted unreasonably.

The failure to accept an offer to settle that falls within the conditions set out in Rule 14.07(2) has been deemed by the Divisional Court to constitute “unreasonable behaviour.” [Melara-Lopez v. Richarz, 2009 CanLII 56740 (ON SCDC) at para 28.]

Moreover, Rule 14.07(2) allows this Court to award the Defendants an amount not exceeding twice the costs awardable to a successful party if certain criteria are met.

This matter ought to have been a straightforward notice case. The Plaintiff chose to complicate the matter by claiming excessive damages without merit. In allowing the Plaintiff to amend her claim to include a claim of a violation of her rights under the Human Rights Code, this Court cautioned the Plaintiff as follows: “If at the end of the day you don’t establish that ground, it’s [going to] be a significant consideration on the, on the amount of costs that might be awarded.” This Court could find no evidence upon which it could find any abrogation of the Plaintiff’s rights as protected by the Code.

The Defendants made an Offer to Settle. As detailed in the attached, on October 23, 2014, following the Settlement Conference of this matter, the Defendants offered to settle this action for $3,360.00. The Defendants included further provisions in order to make such a payment in as tax advantageous manner to the Plaintiff as legally permissible. The Defendants’ offer was more favourable than the result obtained by the Plaintiff.

The Defendants were represented in this matter by counsel. Lead counsel on this matter, Mr. Sean Bawden of the law firm Kelly Santini LLP, was called to the bar of Ontario in 2008. He practices primarily in the areas of civil litigation and employment law. His actual hourly rate for service to this client was [amount] plus HST.

A review of accounts issued to the Defendants demonstrates that defence counsel invested 89.65 hours of time, of which 83.55 hours were invested by lead counsel.

The total amount billed to the client for fees, exclusive of HST was: [amount].

Fifteen percent of the amount claimed is $3,750.00. There is no reason why that amount ought not to be doubled to $7,500.00 under the circumstances.

The Defendants made an offer to settle that was more than reasonable, but rejected.

The trial of this matter lasted considerably longer than it ever needed to. Notwithstanding this Court’s clear caution about claiming a breach of the Human Rights Code, the Plaintiff tendered no evidence of any such breach.

The Plaintiff is a sophisticated party. She has been licensed by the Law Society to represent others before this court.

Wherefore, the Defendants respectfully submit that it is within this Court’s discretion to characterize the Plaintiff’s actions as “unreasonable” and award costs accordingly.

For her part, the Plaintiff submitted that she had brought her claim in good faith but had not been successful in persuading the court of the merits of her claim. She characterized the request for an enhanced amount of costs as potentially punitive.

In his reasons for his decision to award the successful defendants $8,000.00 in costs, Deputy Judge Gilbert wrote the following:

[1] I have reviewed the parties' costs submissions.

[2] There is no question that the Defendants are entitled to their costs being the successful parties on all issues raised in this proceeding. Costs are not to exceed 15% of the amount claimed unless the Court finds that a party has behaved unreasonably in the proceeding.

[4] Are there factors in this case that warrant a finding of unreasonable behavior in the proceeding such that costs exceed the sum of $3750.00?

[6] The following factors coupled with the case law and the Rules cited support a finding that there has been unreasonable behavior in the proceeding:

1. The Plaintiff’s original claim was for wrongful dismissal claiming damages equal to 6 months’ salary, the term of her probationary contract. The Defendants never resiled from their position that they dismissed her without cause. Cause was therefore not an issue in the proceeding. Nevertheless, the Plaintiff spent at least a day exploring evidence as to cause and her performance. This turned out to be a waste of time. This case was solely about assessing the Plaintiffs damages in lieu of notice and should have taken no more than a day of trial time.

2. The Plaintiff chose to amend her claim well into the trial to allege additional causes of action and damages. The Plaintiff never proffered any evidence for the claim under the Human Rights Code and the other damage claims were unsupported by the evidence.

3. The Defendants made an offer to settle about 1 year prior to the trial for the sum of $3360.00 in addition to the money originally sent to her, which is better than the result obtained by the Plaintiff in this action. Offers to settle attract as a consequence of not accepting and doing better at trial double the costs under the Rules that may be awarded. Failure to accept an offer to settle has been ruled to be within the exception under Section 29 of the Courts of Justice Act.

4. The Plaintiff is not an unsophisticated Plaintiff. She is qualified and has practiced as a licensed paralegal. Throughout the trial, she was represented by an agent, a retired litigation lawyer. She filed document and case law briefs as would a lawyer. All of this generated much more time to litigate the real and singular issue in this case.

[7] These factors together support a finding that there has been unreasonable behavior in the proceeding warranting that the costs awarded ought to be set at $7,500.00. In this regard, I have also considered the time spent by Defendants' counsel on this matter, and the award of costs is less than 50% of the time spent. Disbursements in the sum of $500.00 are also awarded. These are for the filing of the Defense and the photocopying charges but exclude the transcript charges.

In providing any comments on the court’s decision it is important for me to note that: (a) I was counsel to the successful party; and (b) this decision is currently under appeal.

In general then, what this case demonstrates is the very real possibility for an award of costs against an unsuccessful plaintiff to be quite substantial. $8,000 is quite a lot of money to be awarded against someone who believed that she was entitled to $25,000 in damages. The same is a $33,000 difference between expectation and reality.

The takeaway for employees who believe that they have been wrongfully dismissed and wish to seek redress by way of a Small Claims Court action is that it is likely prudent to seek professional legal advice before launching one’s case. Wrongful dismissal cases can be complicated and while lawyers are typically not free, winning is better than not winning and ending up with nothing is a lot better than ending up with a court order against you in the amount of $8,000.

The takeaway for employers is that where you have a meritorious defence one should not be afraid to defend matters. Where one prevails, an award of costs can follow.