Being "Reckless With the Truth" Not Just Cause for Termination 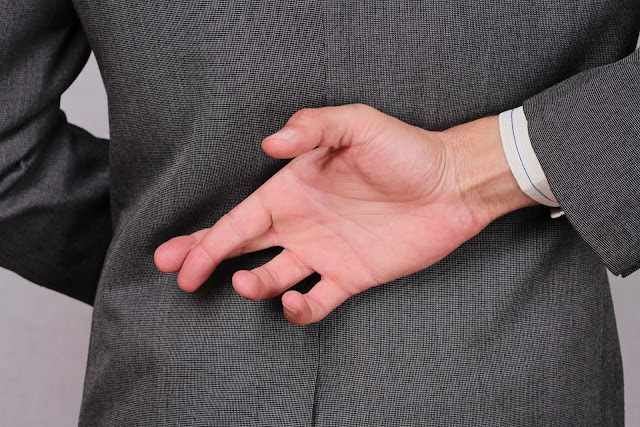 Is “being reckless with the truth” as to whether a client has insurance coverage “just cause” for the termination of an insurance broker’s employment?

That was one of the questions that the Honourable Mr. Justice Ronald M. Laliberte Jr. was asked to resolve in the case of Cassell v. Irving H. Miller Limited, 2016 ONSC 5570.

Although the employer felt very strongly about having just cause for termination, Mr. Justice Laliberte saw things differently.

One of the primary concerns with Mr. Cassell’s employment concerned his clients, the Sullivans.

The Sullivans complained to the Registered Insurance Brokers of Ontario. The employer terminated Mr. Cassell’s employment for just cause.

Among the issues that the court had to resolve was whether the employer had legal just cause to terminate the employment relationship. In finding that the employer did not have just cause Mr. Justice Laliberte reasoned as follows:

[593] At common law, an employer may summarily dismiss an employee if there is just cause. The existence of the required grounds to do so, allows for termination without notice or payment in lieu of notice.

[595] The exercise is fact driven. The employee’s impugned conduct must be assessed and measured in what the Supreme Court termed “a contextual approach”.

[596] The two-pronged test was stated as follows:

“49. In accordance with this test, a trial judge must instruct the jury to determine: (1) whether the evidence established the employee’s deceitful conduct on a balance of probabilities’; and (2) if so, whether the nature and degree of the dishonesty warranted dismissal.”

[597] The burden of proving the existence of just cause rests on the employer. The threshold is on a balance of probabilities.

[598] The pivotal question is whether the employee’s misconduct “gave rise to a breakdown in the employment relationship”. The test was expressed in different ways by the Supreme Court. Just cause exists where the conduct:

− “violates an essential condition of the employment contract”;
− “breaches the faith inherent to the work relationship”;
− “is fundamentally or directly inconsistent with the employee’s obligations to his or her employer”.

[601] The Ontario Court of Appeal provided the following useful summary of the proper analysis in Dowling v. Ontario:


51. The first step is largely self-explanatory but it bears noting that an employer is entitled to rely on after discovered wrongdoing, so long as the later discovered acts occurred pre-termination…

[602] In cases where the evidence does not establish just cause, the Court must assess the damages to be paid to the employee.

[635] The suggestion is that the Sullivans matter also reveals conduct going to T.C.’s honesty, integrity and candor. His failure to disclose relevant information to the Sullivans during the January 26, 2011 at their new home makes it such that it amounts to misconduct going to the very core of his duties and obligations as an insurance broker. His conduct thereby provided just cause allowing for summary dismissal by IHM.

[636] T.C.’s dealings with the Sullivans on January 26, 2011 certainly raises significant concerns in regards to his conduct as an insurance broker.

[637] According to T.C.’s own evidence, this was the second time in four days that he was aware that there was a very real possibility, if not probability, that the Sullivans did not have coverage for their new home…

[638] The first concern was when he states having discovered that their home was more than 13 km from the fire hall.

[639] The second was when he was advised by Portage that the applications had never been received.

[640] There is much uncertainty with T.C.’s evidence on what he told the Sullivans during the January 26, 2011 meeting at their home. At one point when questioned what he had told Leanne Sullivan when she asked if they were covered, he responded: “I can’t remember the exact words I said to the Sullivans.”

[641] Leanne testified that she believes T.C. told her they were covered when she asked T.C.

[643] It is not necessary for the Court to decide whether there was coverage. The circumstances were such that it is doubtful the Sullivans’ new home was insured…

[645] The real question raised for the Court’s consideration in the context of this wrongful dismissal suit is whether the information disclosed to the Sullivans by T.C. or the lack thereof amounts to misconduct and justification for dismissal without notice.

[646] The Court’s view is that T.C. failed to provide the Sullivans with proper information. He was reckless with the truth on significant information the Sullivans needed: whether or not they had coverage. All of this in the context of knowing there was a risk.

[648] The Court is of the view that T.C.’s action amounts to misconduct going to integrity and candor. He is found to have been reckless with the truth.

[649] The questions becomes whether this provided IHM with just cause.

[650] Having considered all of the circumstances and the relevant principles, the Court finds that IHM was not justified in summarily dismissing T.C. on the basis of his dealings with the Sullivans on January 26, 2011. This conclusion is based on the following considerations:

[651] Therefore, the Court finds that IHM did not have just cause to summarily terminate T.C.’s employment.

The court awarded the plaintiff 15 months pay in lieu of notice.

This blog has looked at the issue of the intersection between honesty and just cause before.

For example in the post Lying About Credentials on Resume is Not Just Cause I looked at the case of Lura v. Jazz Forest Products (2004) Ltd., 2014 BCPC 247 (CanLII), in which the Provincial Court of British Columbia held that lying about some of one’s credentials on a resume was not just cause for summary termination.

However, in the post Lying to Obtain Insurance Benefits Just Cause for Dismissal I looked at the case of Mykki Cavic v. Costco wholesale Canada Limited, 2012 ONSC 5307 (CanLII), in which the Honourable Justice Carole Brown of the Ontario Superior Court of Justice held that fabricating claims for certain health benefits and then lying about their fabrication was “just cause” for dismissal from employment.

In this case, on application of the contextual analysis prescribed by the Supreme Court in McKinley the trial judge found that the employer did not have “just cause” for termination.