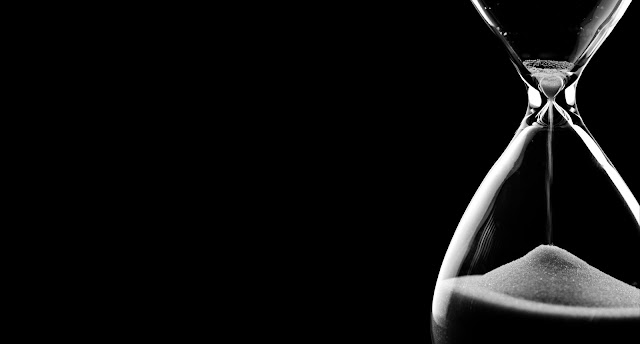 Consider this scenario: An employee is covered for long-term disability (LTD) benefits under his employer’s group policy of insurance. He sustains a head injury, but does not immediately appreciate the seriousness of the same. Three years later he quits the job that provided LTD coverage. Two years after that, he makes application for LTD benefits under his former employer’s policy. Is he still covered?

If you said “of course not”, you would be wrong. In the case of MacIvor v. Pitney Bowes, 2018 ONCA 381, Ontario’s top court ruled that the employee was not only eligible to make application for such benefits, the insurance company was required to respond and pay.

On April 16, 2005, the appellant, Mr. MacIvor, suffered a traumatic brain injury and a severe back injury during a company sponsored event in Costa Rica. At that time Mr. MacIvor was insured under his company’s Manulife group benefit policy.

Following his accident, the appellant was off work for nearly four months and returned to work in August 2005. He was a different man when he returned to his employment following the accident. His responsibilities were continuously reduced and, in frustration, he quit his job at Pitney Bowes on August 11, 2008. Within days he took up employment with Samsung to perform a role similar to the one he held at Pitney Bowes before his accident.

The difficulties he had experienced in job performance before leaving Pitney Bowes soon became apparent and he was fired from Samsung in August 2009. He asked Samsung about making a Long-Term Disability Claim and was told that, because his injury occurred when he was working for Pitney Bowes, he would have to apply under that policy.

On September 9, 2010, i.e. over two years after quitting his job with Pitney Bowes, Mr. MacIvor applied to Manulife for Long Term Disability benefits and provided proof of claim. On November 1, 2010, Manulife denied his claim. On April 11, 2011 he commenced a civil law suit against both Pitney Bowes and its third-party insurer, Manulife.

At trial, Mr. MacIvor claimed that he was entitled to payment of LTD benefits pursuant to the Manulife group policy held by Pitney Bowes. Mr. MacIvor sought a declaration from the court that he was entitled to benefits from May 24, 2010 (or alternatively, December 23, 2010), in the amount of $5,834 per month, less 85% of the amounts he received from WSIB and CPP disability over that period of time. He also requested a declaration that he continued to be entitled to benefits under the policy.

Writing on behalf of the court, the Honourable Justice Jean L. MacFarland said the following with respect to the first issue, i.e. whether Mr. MacIvor, as a former employee of Pitney Bowes, was entitled to coverage under the Manulife Policy:

[14] The trial judge’s conclusion that the policy provided no coverage for former employees raises a question of law reviewable on a standard of correctness. It arises in the context of the interpretation of a standard form group policy insurance: Ledcor Construction Ltd. v. Northbridge Indemnity Insurance Co., 2016 SCC 37, [2016] 2 S.C.R. 23.

[15] The respondent’s position quite simply is that the Manulife Policy provides for coverage only during employment and that coverage ended when the appellant resigned from his position on August 11, 2008.

[16] The language of the policy upon which the respondent relies to deny the appellant’s claim is found at p. 9 of the policy:

Your coverage will terminate on the earliest of the following dates unless continuation of coverage is provided under the Extension of Coverage provision:

• the day on which you cease to be Actively Employed;

[17] “Actively Employed” is a defined term. There is no issue that the appellant ceased to be actively employed at Pitney Bowes on the date he quit, August 11, 2008.

[18] In Ledcor, the Supreme Court summarized the governing principles of interpretation applicable to insurance policies. The “primary interpretive principle is that where the language of the insurance policy is unambiguous, effect should be given to that clear language, reading the contract as a whole”: Ledcor, at para. 49.

[19] In my view, the language of the Manulife Policy when considered as a whole is clear; it means only that coverage does not continue when an employee begins working for another employer or after the employee has retired. The “Termination of Coverage” language relates to future claims, not claims that may have arisen during the course of the employee’s employment. In other words, if an employee’s claim arises as the result of an occurrence that takes place during their employment, the policy provides coverage. The additional words “unless continuation of coverage is provided under the Extension of Coverage provision” supports this conclusion.

A Monthly Benefit will be paid if you become Totally Disabled while covered under the Long Term Disability Coverage and are under the continuing care of a physician.

[21] The language of this provision confirms the entitlement to be paid a monthly benefit if the total disability occurs during the coverage period. I note that this provision contains no language indicating that it applies only to current employees.

[22] Where the language of a policy is ambiguous, the general rules of contract construction must be employed to resolve that ambiguity: Ledcor, at para. 50. These principles include that the interpretation “should not give rise to results that are unrealistic or that the parties would not have contemplated in the commercial atmosphere in which the insurance policy was contracted”: Ledcor, at para. 50. If ambiguity still remains after applying the general principles, then the principle that coverage provisions are to be interpreted broadly, and exclusion clauses narrowly, may be considered: Ledcor, at para. 51.

[23] These principles do not support the respondent’s position. The Manulife Policy does not contain the type of exclusionary language that terminates coverage for undiscovered disability claims the employee had and that originated during their employment, when their employment ceases. To so conclude would leave former employees, like the appellant, in the untenable position of having no disability coverage from either their former employer or any new employer. Such a result would be contrary to the very purpose of disability insurance and the plain meaning of the coverage provision.

[24] Subject to the policy requirements to provide timely proof of claim and to commence the claim within the relevant limitation period, if the incident or illness occurred or arose during the currency of employment, coverage will be provided and the policy must respond…

With respect to the limitations defence, i.e. the defence that Mr. MacIvor should have commenced his lawsuit earlier, the Court of Appeal held as follows:

[30] The respondent alternatively relies on the one-year limitation period set out in the Manulife Policy to say that, in any event, the claim is out of time. Even on the appellant’s evidence, he became aware of his ability to claim in August 2009. Accordingly, if the one-year contractual limitation period began tolling on that date, the claim issued in April 2011 is out of time.

[32] “Proof of loss” is not a defined term in the policy. I take this term to be a reference to written proof of claim which the policy requires to be received by Manulife Financial within 90 days of the date benefits would begin. The appellant filed his proof of claim on September 9, 2010 and his claim was denied by the respondent on November 1, 2010.

[33] It is arguably unclear whether the policy language required the appellant to commence his action within one year of November 1, 2010, the date that Manulife denied the claim, or whether the one-year period runs from September 9, 2010, the actual date the proof of claim was submitted. Because the statement of claim was issued on April 11, 2011, it is not necessary to resolve that question as regardless of how the one-year contractual period is to be calculated, it was met on the facts of this case.

[35] The respondent argues that the appellant knew he had a claim while he was still employed at Pitney Bowes and ought to have brought his claim much earlier. It points to the fact that his “awareness was sufficient” to apply for WSIB benefits in 2005 and that he continues to receive those benefits.

[36] This argument fails to take into account the fact that the appellant suffered not only a traumatic brain injury in April 2005 but that he also had a significant musculoskeletal injury and was unable to work for nearly four months after the accident. The focus of medical attention at the time the appellant suffered his injuries appears to have been on his “severe back injury”. There is nothing in the Agreed Statement of Facts that explains or details in any way what the WSIB payments relate to. What is clear, however, is that it was not until his discussion with personnel at Samsung that he became aware that the seriousness of his brain injury would prevent him from working in the future.

[37] The only reasonable available conclusion on this record is that the appellant could not reasonably have appreciated he had a cause of action until the end of August 2009. The claim was therefore not discovered until that time: Limitations Act, 2002, S.O. 2002, c. 24, Sched. B, at s. 5. Even on that basis his action was commenced well within two years of that date. I would also note that he did not receive his CPP disability pension until May 2011.

In the result, the Court of Appeal allowed the appeal, set aside the judgment of the trial judge and in its place issued a judgment in accordance with the foregoing reasons.

It is hard not to describe the decision as remarkable. Mr. MacIvor sustains an injury on April 16, 2005, quits the job that provided the LTD coverage more than three years later, starts a new job, and then does not make an application for LTD benefits, from his previous employer, until September 9, 2010, nearly five and one-half years after sustaining injury, and more than two years after quitting his former job.

However, there is appeal to the court’s finding that, “if an employee’s claim arises as the result of an occurrence that takes place during their employment, the policy provides coverage.” If not, it would be a prudent course of action for employers to immediately terminate an employee’s employment if he sustained injury, so as to immediately terminate potential disability coverage. (Yes, I appreciate such termination would almost assuredly contravene the provisions of the Human Rights Code, and I do not mean to suggest that such a course of action would be “prudent” from an employment-law perspective, what I intend to do is underline the absurdity of such a course of action as a means of limiting insurance coverage.)

The case is important because it is a common concern of those who become disabled that they will cease to have access to LTD coverage if their employer terminates their employment before LTD benefits commence. What this decision appears to stand for is the proposition that it does not matter when employment ends, it matters when the injury or illness commenced. To put it another way, if an employee becomes sick or injured while employed and therefore covered by a group policy of insurance, a subsequent termination of employment should be irrelevant to the issue of whether the employee is eligible to make application for coverage to the insurer.