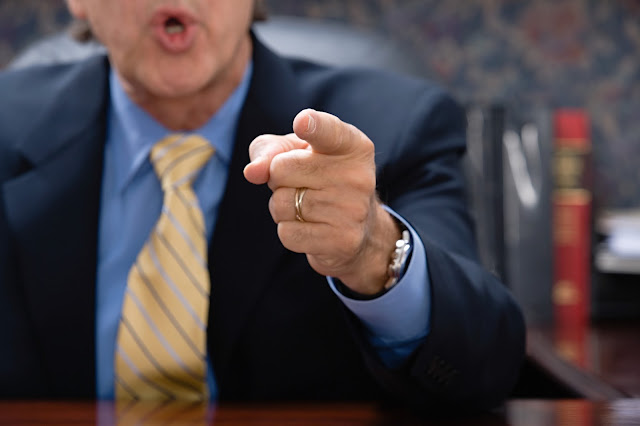 What are the consequences for terminating an employee’s employment (for just cause no less) rather than investigating a legitimate complaint of harassment? In the case of Horner v. 897469 Ontario Inc., 2018 ONSC 121, which proceeded before the Honourable Mr. Justice W.D. Newton by way of an undefended trial, the answer was $20,000 in aggravated damages, plus $10,000 in punitive damages over and above the wrongful dismissal award.

The decision cited above only concerned the plaintiff’s claims for damages for breaches of the Human Rights Code, aggravated damages, and punitive damages. The plaintiff’s claim to wrongful dismissal damages had previously been disposed of by Justice Fitzpatrick J. for reasons reported at Horner v. 897469 Ontario Inc., 2017 ONSC 3154.

The plaintiff testified that shortly after being hired, another employee began to harass her. She described that this employee was intentionally rude to her and “routinely belittled” her both when they were alone and in front of others. This conduct continued and culminated in instances in December 2016 which led to the termination. The plaintiff testified that this employee deliberately elbowed her as she was attempting to move behind him in a hallway. When she confronted him about this intentional conduct he denied elbowing her intentionally. She said that he told her to “take a pill.” She reported that incident to her direct supervisor.

Two days later the plaintiff had another confrontation with the same employee. When the plaintiff needed access to a drawer that the other employee was standing in front of she asked repeatedly to have access but the other employee turned to her, visibly angry, and said “can you not wait?” She testified that she retorted by saying that she needed to open the drawer and did not like the look that the employee was giving her. She was upset and told her direct supervisor that she thought that she should go home and her supervisor responded by “saluting her” and saying “goodbye.”

This incident caused her to go speak to the owner as she felt her concerns were not taken seriously. When she spoke to the owner she explained what happened and that the she needed “time away.” She does not know whether she told the owner that she was being treated for depression. Because business was slow she asked whether she could have a layoff and the owner responded that the he could not lay her off. She said that she did not want to be in the workplace. The owner told her that she could take the next day off, which was the last day of the year, and they would “figure this out in the new year.” She said that before she left the owner asked her whether, “If he laid her off, and if the employee that she was having a problem with was not present, would she come back?” She said “yes” and he said “okay.” That was on December 22, 2016.

This is to inform you that your employment with Superior Coatings has been terminated on 22 December, 2016.

Your position is been terminated with cause as result of your conduct. On December 22, 2016, you were at the retail counter and wanted access to a drawer that your fellow employee… was standing in front of. You lost your temper and angrily ranted against… while he was serving the customer. You have reacted in this unprofessional manner on other occasions and have been reprimanded for it. I cannot and will not condone this type of behaviour.

Statutory law does not require an employer to provide any notice or paying in lieu of notice when employee is terminated with cause.

If you have any questions or concerns regarding the above, please do not hesitate to contact me.

Having been told by the owner that they would “figure this out in the new year”, the plaintiff was “devastated” when she received the termination letter. She testified that it put her into a “good deep hole” that she is “still struggling to climb out of.”

Before being terminated, the plaintiff was receiving treatment for depression. Clinical notes and records filed confirm the prescription for low-dose antidepressant, about five months prior. The plaintiff did not have to see the doctor again over that five month period.

Her family physician also suggested counselling and the plaintiff started counselling in January, 2017 with additional sessions approximately every three weeks, but now they are scheduled as needed.

The plaintiff testified that she is in no condition to work. She said that she lost 30 pounds, had difficulty concentrating and was suffering from serious anxiety. The side effects of the new medication caused nausea and fatigue. She became isolated, alienating herself from friends and family and was reclusive. She did not cook, clean or sometimes, shower.

As mentioned in the opening paragraph, the case proceeded by way of an undefended trial. Nonetheless, Justice Newton was mindful that, “While a defendant noted in default is deemed to have admitted all allegations of fact in the statement of claim, allegations of law or mixed fact and law do not bind the court as admissions. It is for the court to determine whether the evidence is sufficient to entitle a plaintiff to judgment, whether on the basis of the deemed admissions alone, or when considered together with all the other evidence.”

With respect to the plaintiff’s claims for damages for a breach of the Human Rights Code, Justice Newton was unable to find any evidence that discrimination had been proven as a factor in termination. No damages were therefore awarded for that claim.

With respect to the plaintiff’s claim for $20,000 in damages for intentional infliction of mental suffering and emotional distress, Justice Newton noted that, “At para. 22 of the statement of claim the plaintiff alleges that the employee’s “bullying and harassment” were “flagrant and outrageous, calculated to cause the plaintiff psychological harm, and have resulted in the visible and significant deterioration in the plaintiff’s psychological condition.” The plaintiff submits that the defendant is vicariously liable for the conduct of its employee.”

After reviewing a number of earlier decisions on the subject, Justice Newton wrote the following as his reason for dismissing the claim:

[26] While rude and completely inappropriate conduct should never be permitted in the workplace, I do not find that the conduct complained of rises to the level of intentional infliction of mental suffering. Specifically, I am not satisfied that it is has been proven, on a balance of probabilities, that the conduct was calculated to produce harm. I cannot, without further evidence, conclude that the “take a pill” comment indicates that the employee was aware of the plaintiff’s mental health condition. Further, I am not satisfied that this conduct resulted in a provable harm. While I am satisfied that the plaintiff’s depression became more severe after December 28, 2016, I conclude that it is the manner of the termination rather than the conduct of the employee that accounts for the onset of severe depression.

[27] Even if this conduct did constitute intentional infliction of mental suffering I would not hold the employer vicariously liable based on the Bazley factors. While conduct such as this should be deterred the nexus between the conduct and the requirements of employment is simply that the conduct occurred in the workplace. The other employee was not the plaintiff’s supervisor or manager.

As concerned the plaintiff’s claim to $20,000 in punitive damages, Justice Newton found that he was satisfied on the evidence that the plaintiff was harassed in the workplace and that the employer, rather than investigating, terminated the plaintiff.

As such, Justice Newton found that the employer’s conduct was malicious, oppressive and high-handed and must be deterred. After noting that compensatory damages of only $10,000 were awarded for wrongful dismissal damages, and that he had awarded aggravated damages of $20,000, Justice Newton found that, in his opinion, those awards are insufficient to deter this type of conduct and awarded a further $10,000 as punitive damages.

Finally, and with respect to the plaintiff’s claim to $20,000 in aggravated damages, Justice Newton found that, rather than “figuring this out in the new year” as he told the plaintiff he would, the employer immediately terminated the plaintiff’s employment without further discussion and delivered a termination letter during the Christmas holidays by sticking a letter in the back door. The manner of the termination was beyond “cold and brusque”; it was cowardly.

Justice Newton was thus satisfied that the manner of termination caused an aggravation of the plaintiff’s pre-existing depression and that this was an appropriate case for aggravated or “moral” damages. His Honour awarded the plaintiff the sum of $20,000 for aggravated damages.