Everything New is Old Again: Continuity of Employment in an Asset Sale at Common Law 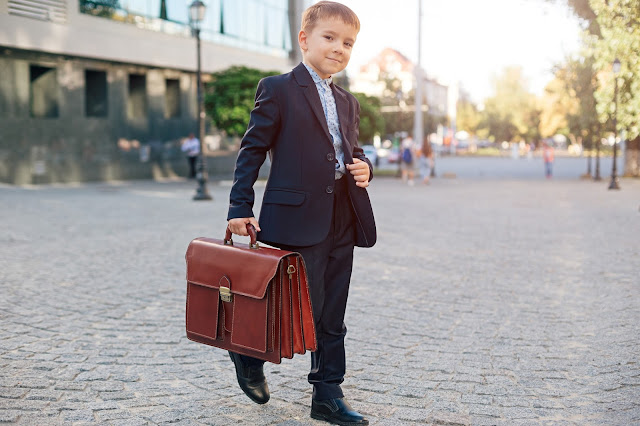 According to a 2018 decision of the Ontario Superior Court of Justice sitting at Ottawa, Ariss v. NORR Limited Architects & Engineers, 2018 ONSC 620 (CanLII), the answer is:

In the absence of notice from new employer/purchaser that an employee will not be credited for his years of service with former employer/vendor, recognition of that service is deemed to be part of employee’s contract of employment with purchaser – regardless of any letter of termination actually received by the employee from the vendor.

The case concerned a claim made by John Arris against his former employer, NORR Limited Architects & Engineers (“NORR”)

Mr. Arris’ career as an architect in the Kingston area began in February 1986. He was hired by Dominik Thompson Mallette, Architects and Engineers Inc. (“DTM”), as an architect on a full-time basis. He remained with DTM and, in 1993, was promoted to the position of a Director and Partner within the firm. In that role he fulfilled managerial responsibilities and continued his work as an architect.

In the fall of 2002, DTM sold its business assets to NORR. DTM’s business operations were wound up as of November 4, 2002. As between DTM and NORR, the intention was that a number of the DTM employees would, once DTM ceased operating, become employees of NORR. The plaintiff, Ariss, was one of those individuals. Ariss described the change from DTM to NORR as a “transfer” of his employment from the former to the latter.

In January 2016, NORR terminated Ariss’ employment. They gave Ariss 3.5 weeks’ notice of termination and offered to continue Ariss’ benefits for a period of two weeks following the effective date of termination. NORR did not provide Ariss with severance pay.

Ariss sued and then brought a motion for summary judgment.

Ariss argued that his employment was never legally terminated and that his service with DTM was to be counted in the computation of his total years of service with NORR.

In deciding that Ariss’ service as an employee with NORR was deemed to have commenced in February 1986, i.e. when Mr. Ariss commenced his employment with DTM, the Honourable Madam Justice Sylvia Corthorn of the Ontario Superior Court of Justice sitting at Ottawa reasoned as follows:

[34] Section 9(1) of the [Employment Standards Act, 2000] provides protection to employees with respect to continuity of service when a business is sold:

[36] I find that the two pre-conditions for the operation of section 9(1) are met in the matter before me. First, DTM (the employer) sold its assets to NORR. In section 9(3) of the ESA, “sells” is defined as “leases, transfers, or disposes of in any other manner.” I find that the sale of DTM’s assets to NORR in September 2002 falls within the meaning of “sells a business or a part of a business” in section 9(1) of the ESA. Second, in its capacity as the purchaser, NORR employed Ariss (the employee).

[37] With the two pre-conditions met, two results follow. First, regardless of the letter of termination received from DTM, Ariss’ employment was not terminated. Second, for the purpose of notice of termination, vacations, and other subjects addressed in the ESA, Ariss’ service with NORR is deemed to have commenced in February 1986 (when Ariss was hired by DTM).

[38] If the statutory protection were not enough, Ariss also has the protection provided by the common law. There is nothing in any of the documents executed in 2002 to suggest that NORR intended that former DTM employees would not be credited for their years of service with DTM. Most important, there is nothing to that effect in the offer letter signed by Ariss. In the absence of notice from NORR that Ariss would not be credited for his years of service with DTM, recognition of that service is deemed to be part of Ariss’ contract of employment with NORR (Vinette v. Delta Printing Limited, 2017 ONSC 182, 278 A.C.W.S. (3d) 756, at para. 21).

Of all of Justice Corthorn’s findings, her comment that “In the absence of notice from NORR that Ariss would not be credited for his years of service with DTM, recognition of that service is deemed to be part of Ariss’ contract of employment with NORR” strikes me as the most provocative.

In making such a statement of law, Justice Corthorn cited the earlier decision of Vinette v. Delta Printing Limited, 2017 ONSC 182, 278 A.C.W.S. (3d) 756, a 2017 decision of Justice MacLeod, also of the Ontario Superior Court of Justice sitting at Ottawa.

Justice MacLeod, in his reasons for decision, made a similar statement, which was itself based upon the decision of Violo v. Delphi Communications Inc., 2014 ONSC 7008, which had adopted the reasoning of the British Columbia Court of Appeal in Sorel v. Tomenson Saunders Whitehead Ltd. (1987), 16 C.C.E.L. 23 (BC CA).

In short, it would appear that, purchasers of assets, who intend to make offers of employment to new employees, would be prudent to give clear notice of their intention to form new agreements and not give credit for past years of service if such is their actual intention. If the employer fails to waive such a banner, the court can and will impute such years of service on the unwitting purchaser.

For decisions going to other way, and finding that a new employer creates a whole new relationship, see the decision of the Honourable Justice Ray in Drake v. Blach, 2012 ONSC 1855, about which I blogged in my post The Law can be an Asset Sale.

Finally, as I blogged about in my post, Brave New World: ONCA Says that in Asset Transaction, an Offer of Employment is Sufficient Consideration for Material Changes, a change in owners is a great time for changes to one’s employment contract and employees need to be aware of such changes.