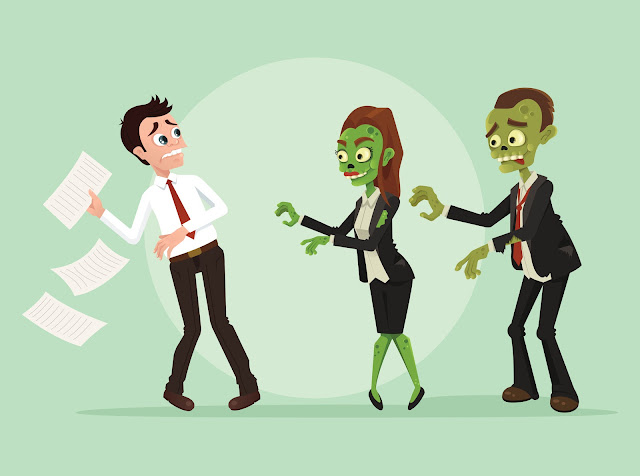 Can an employee sue her former supervisor for sexual harassment if she has signed a Full and Final Release in favour of her former employer?

In the case of Watson v. The Governing Council of the Salvation Army of Canada, 2018 ONSC 1066 (CanLII), the Ontario Superior Court of Justice ruled that she might not be precluded by the release.

From sometime in April to August 8, 2011, Emma Watson, not that one, was employed by The Governing Council of The Salvation Army of Canada (the “Salvation Army”) as manager of its Thrift Store in Cambridge.

On August 9, 2011, Ms. Watson signed a Memorandum of Settlement and a Full and Final Release. The documents were prepared by Salvation Army employees. The Salvation Army subsequently paid a lump sum to Ms. Watson of $10,000, less statutory deductions. Group insurance benefits were continued to December 31, 2011.

In the Memorandum of Settlement, Ms. Watson and the Salvation Army acknowledged “… the mutual agreement of separation of employment effective August 8, 2011”. The document went on to say:

… The Employer and Employee having regard to their respective rights, duties and obligations, have determined that they wish to resolve any and all claims, complaints, actions, disputes etc. between them arising out of the employment relationship or the termination of that employment; …

The full text of the Full and Final Release provides as follows;

2. In accordance with the terms of settlement outlined in the attached letter dated August 8, 2011, I, Emma Watson, agree to release any and all claims I have or may have against The Salvation Army, past, present or future, known or unknown, which arise out of or which are in any way related to or connected with my employment or the ending of my employment.

3. This release of claims shall include any claims against anyone or any organization in any way associated with The Salvation Army which arise out of or which are in any way related to or connected with my employment or the ending of my employment.

4. I acknowledge that this settlement does not constitute an admission of liability on the part of The Salvation Army.

6. I agree that I will not say or communicate anything disparaging regarding The Salvation Army or its past and present clergy, officers, members, employees and representatives.

7. I acknowledge that I have had the opportunity to seek any advice I felt necessary with respect to the terms of settlement as well as this document.

9. I declare that I have read over and fully understand this document and I voluntarily accept the terms of this document for the purpose of making a full and final settlement of all claims as set out above.

On January 13, 2015, the Salvation Army received a written sexual harassment complaint from another individual and pertaining to the conduct of one David Court, who was also employed by the Salvation Army, before and after Ms. Watson was employed, as the National Director of Operations for its National Recycling Operations Division.

Investigative Risk Management Inc. was retained to investigate the complaint and, as a result of this investigation, there are said to be eight complaints by former and current employees, in addition to Ms. Watson, of sexual harassment by Mr. Court.

On June 4, 2015, the Salvation Army terminated Mr. Court’s employment, said to be for cause. He sued his employer for wrongful dismissal, but the same is not the subject of this post.

On August 16, 2016, Ms. Watson sued the Salvation Army and David Court, seeking a damage award for negligence, intention infliction of emotional harm and breach of fiduciary duty. She alleged acts of sexual harassment perpetrated by Mr. Court. In their statements of defence, both defendants deny Ms. Watson’s allegations. They also crossclaim against each other.

The Salvation Army reached a settlement with Ms. Watson prior to the motion being heard. Such that, by the time the motion was heard, the only question was whether the case against Mr. Court should be dismissed.

The question the court had to answer was whether Mr. Court could rely on the Release as a means of preventing Ms. Watson’s action. In finding that he could not, the Honourable Mr. Justice D.J. Gordon wrote the following reasons for decision:

[20] It is not disputed, a third party, such as Mr. Court, may, in certain circumstances, enforce a contractual benefit. Here, the language of the Release is important. Was it intended to cover all possible matters? Is the claim here based on employment?

[21] Both counsel say the Release is unambiguous. I agree. The words “ … arise out of … my employment” define the scope.

[22] I conclude the Release cannot be considered all inclusive, including the claims herein, as the scope was the employment relationship. While many of the alleged events occurred at the place of employment and, perhaps, because of the employment, sexual harassment, intimidation and other improper conduct are not connected to employment. They are clearly separate matters. [My emphasis.]

[23] The Salvation Army, quite properly, acknowledges that sexual misconduct does not arise from the employment relationship. Here, the settlement was negotiated by the Human Resources manager. Cases involving sexual misconduct are handled by the Director of Employee Relations. The settlement pertains to severance only. As the alleged conduct falls outside of the employment relationship, specific language to such claims would need to be added to the Release to bar the present claim.

I start by crediting Cheryl Waram for bringing this case to my attention. Ms. Waram presented a paper on this case to the annual CCLA Civil Litigation Updated Conference on Saturday, November 17, 2018. It is worth looking up.

In her paper, titled “Settlements in a #metoo Era” Ms. Waram writes:

I have one more takeaway for you to consider. From Ghomeshi to Weinstein, from #metoo to #timesup, the current social discourse is empowering victims of sexual harassment to speak up and seek justice however they can, while denouncing attempts to silence such complaints. There are good reasons for shining a bright light on workplace sexual harassment. Perhaps the Watson case boils down to a person who sought a forum in which to advance her complaint of sexual harassment, and a judge who was not prepared to silence that complaint. Litigation counsel are trained to anticipate that a decision-maker will lean towards an outcome that seems most “just,” even if a more technical approach would seem to favour a different outcome. Viewed in that light, the decision is not really surprising at all.

Certainly those arguments have merit and may well have been within the court’s mind.

With respect to the issue of “because of” rather than “connected to”, I reference an earlier case about which I blogged, OPSEU and Ontario (Ministry of Community Safety and Correctional Services) (Rosati), Re, 2018 CarswellOnt 1017.

In my post titled Workplace Harassment “Arises From” but does not “Relate To” Employment, I noted how, in that case, the question was, “Does workplace harassment simply “arise from and in the course of” an employee’s employment, or does it actually “relate to” that employment?” The answer to that question drove the analysis as to whether a claim for workplace harassment was compensable pursuant to the newly revised provisions of the Workplace Safety and Insurance Act, 1997.

In the Rosati case, Member Ian Anderson held that:

In Watson we have almost identical language and an almost identical decision – harassment can “arise from” or be “because of” one’s employment, but it is not “connected to” or “related to” such employment. This parsing of words is at least consistent.

… I confess to having my head spin a little at the words, “Harassment and discrimination may arise from and in the course of a worker's employment, but they do not relate to that employment.” As I read the decision, Member Anderson was ascribing a defined meaning to the words “relating to” as those words appear in subsection 13(5) of WSIA. To that end, the interpretation of what it means for an action to “relate to” employment may be very important.

I think the above is the crux of the point and perhaps the key to Justice Gordon’s decision: Harassment and discrimination are not the kinds of actions and decisions which a worker might reasonably expect an employer might make in relation to their employment. Yes, unfortunately, the same may arise from one’s employment, but the same cannot be related to one’s employment, because harassment is not an integral part of the employment relationship. There is a difference.

To that end, I think Justice Gordon got the decision right. There is consistency in the law.

The takeaway for employers is, first and foremost, be aware of what is happening in your workplaces and put an end to it as early as possible. Second, and more to the point, ensure that your full and final releases are covering actions that not only “relate to” the employment relationship but also those events that “arise out of” such relationship. It’s worth the extra keystrokes.