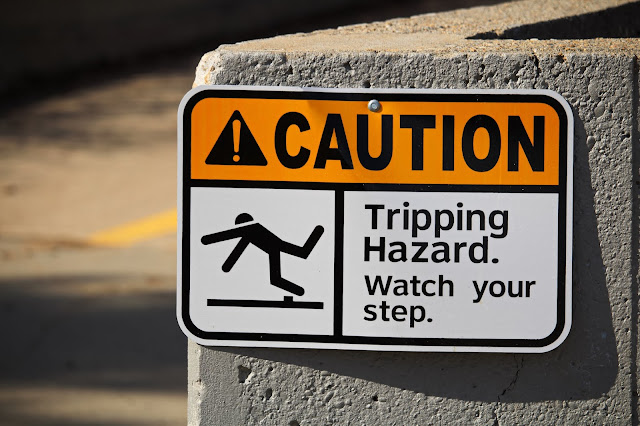 Is the sole requirement to rebut the common law presumption of termination only upon reasonable notice that the contractual termination clause comply with the ESA, or is something else required?

In a decision released December 6, 2018, Movati Athletic (Group) Inc. v. Bergeron, 2018 ONSC 7258 (CanLII), the Ontario Divisional Court (Swinton, Thorburn, and Copeland JJ.) upheld an earlier decision of the Honourable Justice O’Bonsawin, 2018 ONSC 885, about which I blogged in my post Lack of Clear Warning Voids Termination Provision, which held something more is required.

In addition to upholding Justice O’Bonsawin’s decision, the Divisional Court provided some very clear, point-by-point analysis on what it takes for a contractual termination clause to sufficiently, and legally, rebut that common law presumption.

A full summary of Justice O’Bonsawin’s earlier decision is set out in my post Lack of Clear Warning Voids Termination Provision. But here is the gist of what happened.

The plaintiff, Catherine Bergeron worked for the defendant, Movati, as its General Manager of Movati’s health and fitness facility in Orleans, from August 4, 2015 to December 5, 2016. She was paid a salary of approximately $90,000 per year.

The termination clause in Ms. Bergeron’s contract of employment read as follows:

Movati Athletic Inc. may terminate your employment without cause at any time during the term of your employment upon providing you with notice or pay in lieu of notice, and severance, if applicable, pursuant to the Employment Standards Act, 2000 and subject to the continuation of your group benefits coverage, if applicable, for the minimum period required by the Employment Standards Act, 2000 as amended from time to time.

In granting Ms. Bergeron’s motion for summary judgment, Justice O’Bonsawin held at paragraph 25 of her decision that,

Justice O’Bonsawin had held that in order for a termination provision to displace common law rights, “a high degree of clarity is required. Any ambiguity will be resolved in favour of the employee and against the employer who drafted the agreement”. She held that the termination clause was not clear and that because it was ambiguous, the interpretation of the words must be resolved in Ms. Bergeron’s favour.

She noted that the wording did not contain any explanation or warning sign. She held that if the termination provision had contained wording such as, “upon termination, severance, if applicable will be paid only pursuant to the Employment Standards Act…only for the minimum period required by the Employment Standards Act…” the language would be rendered clear such that the presumption of reasonable notice at common law could be rebutted.

At paragraph 21 of the Divisional Court’s reasons for decision, the Honourable Justice Julie A. Thorburn wrote, “The motion judge held that the termination clause was not sufficiently clear to displace the right to common law notice. The issue is whether in so doing, she made a palpable and overriding error.”

In holding that Justice O’Bonsawin had not made a palpable and overriding error, the Divisional Court reasoned as follows:

[24] The steps to be followed in determining whether a contractual provision can rebut common law notice are as follows:

2. There is a presumption that an employee is entitled to common law notice upon termination of employment without cause;

4. The presumption that an employee is entitled to reasonable notice at common law may be rebutted if the contract specifies some other period of notice as long as that other notice period meets or exceeds the minimum requirements in the ESA: Machtinger supra, at p. 998;

6. The need for clarity does not mean a specific phrase or particular formula must be used, or require the contract to state that “the parties have agreed to limit an employee’s common law rights on termination”. The wording must however, be “readily gleaned” from the language agreed to by the parties: Nemeth at para. 9;

8. Surrounding circumstances may be considered when interpreting the terms of a contract but they must never be allowed to overwhelm the words of the agreement itself: Sattva at para. 57.

[32] Section 57 of the ESA provides that notice of termination shall be given “at least two weeks before the termination”, if the employee’s period of employment is one year or more and fewer than three years. This sets out the statutory minimum notice to be met, given Ms. Bergeron’s length of service.

[33] The termination clause in the Agreement provides that Movati may terminate the employment without cause “at any time during the term of your employment upon providing you with notice or pay in lieu of notice, and severance, if applicable, pursuant to the Employment Standards Act, 2000 and subject to the continuation of your group benefits coverage, if applicable, for the minimum period required by the Employment Standards Act, 2000 as amended from time to time.” (Emphasis added)

[35] The question before the motion judge was whether the Agreement clearly specifies some period of notice, which meets or exceeds the minimum requirements set out in the legislation so as to rebut the presumption that reasonable notice in accordance with the common law applies: Machtinger at p. 998; and Nemeth at para. 8.

[36] The words “pursuant to the ESA” may be interpreted to mean that the notice period in the termination clause complies with the minimum requirements in the legislation, but they do not clearly provide that reasonable notice at common law no longer applies.

[42] Based on the wording of the termination clause as seen in the context of the Agreement as a whole, the motion judge made no palpable and overriding error in concluding that the termination clause was not sufficiently clear and unequivocal to rebut the presumption that the reasonable notice requirements at common law apply: Holm v. AGAT Laboratories Ltd., 2018 ABCA 23 (CanLII) at paras. 22 and 33-36.

With respect to the issue of whether a specific warning or language had to be used, the Divisional Court wrote the following:

[48] The motion judge held that if the employer had used the term “only” that would “clearly indicate to the prospective employee that she would only be entitled to a notice period as per the ESA.” Contrary to the submission made by the Appellant Movati, the motion judge did not say that specific wording was required, but simply provided an example of wording that would be clear.

First, and on a personal level, can I just thank whomever it was that got the Divisional Court to note that Noguiera contains a misreading of the decision in Farah? This has been a bone of contention for me for a long time, for reasons that I more fully explain in my post Undertaking to Comply with the ESA does Not Displace Common Law Presumption of Reasonable Notice. I won’t repeat that rant here, but it’s worth a read as I think it underlines the point that the decision in Farah is wrong, essentially for the reasons now observed by the Divisional Court. Indeed, the court’s observation, at paragraph 36 of its reasons that, “The words “pursuant to the ESA” may be interpreted to mean that the notice period in the termination clause complies with the minimum requirements in the legislation, but they do not clearly provide that reasonable notice at common law no longer applies.” is precisely what I argued – to no avail – in Farah. (See paragraph 53 of my factum where I wrote, “this court has held the phrase “entitlements prescribed in the Employment Standards Act, 2000” to be ambiguous, thereby failing to rebut the common law presumption of termination only upon the provision of reasonable notice.”) Oh, but I digress.

Next, I think the Divisional Court gets this one right, but for a really boring reason. Justice Thorburn’s observations at paragraphs 41 and 42 about the wording of the agreement is likely sufficient to carry the day without anyone having to worry about whether a “clear warning” is actually “required.” Some will note that the Divisional Court upheld Justice O’Bonsawin’s decision without noting the court’s observations at paragraphs 48 and 49. Those observations are important in so much as they temper some earlier readings of Justice O’Bonsawin’s decision. (Perhaps including my own.)

What does this mean for those drafting or interpreting contractual termination clauses? I think the lesson is that while there is no legal requirement to to include a warning sign in a termination clause, prudence now demands that one do so. If the intention is to limit an employee to no more than the statutory minimums, then language to that effect should be used. While the Divisional Court’s decision does not appear to turn on this point, they did not wholly discount it either.