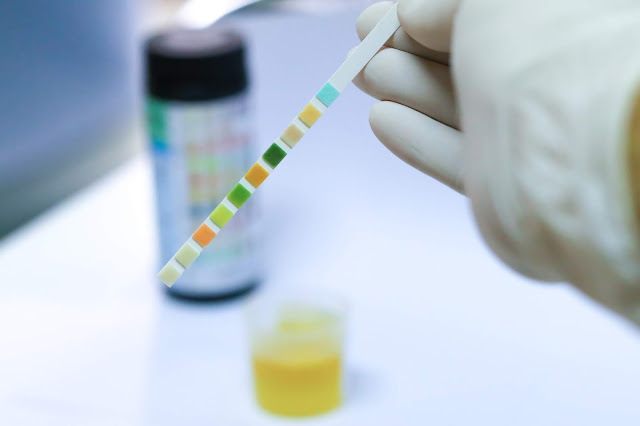 Does the inability to reliably test for cannabis create an undue hardship for employers with respect to their duty to accommodate the use of medical marijuana?

In International Brotherhood of Electrical Workers, Local 1620 v. Lower Churchill Transmission Construction Employers' Association Inc., 2019 NLSC 48 (CanLII), a judge of the Supreme Court of Newfoundland and Labrador found to be reasonable a labour arbitrator’s earlier decision that it did.

This case concerned an application for judicial review of a labour arbitrator’s decision involving the limits of accommodation that ought to be considered in respect of the use of medically prescribed cannabis by an employee working in a safety-sensitive workplace.

A Grievance had been filed by the Applicant Union on behalf of a Union Member (the “Grievor”), who was denied employment on the Lower Churchill Transmission Construction Project due to his use of cannabis under medical prescription. The Grievance was dismissed by Arbitrator John F. Roil for reasons reported as International Brotherhood Lower Churchill Transmission Construction Employers’ Assn. Inc. v. IBEW, Local 1620 (Tizzard), Re, 2018 CarswellNfld 198, 136 C.L.A.S. 26.

The Union and Employer agreed that the Grievor suffered from pain due to osteoarthritis and Crohn’s Disease and that the effects of the pain constituted a disability, a prohibited ground of discrimination under the meaning of the Human Rights Act, 2010, S.N.L. 2010, c. H-13.1 (the “Act”) at section 9.

The workplace that provides the setting for this dispute is one for the construction of towers and related infrastructure for the delivery of electricity from Muskrat Falls in Labrador to, and then within, the island of Newfoundland.

The Grievor was a construction worker with over 30 years of experience as a labourer. He suffered from chronic pain due to Crohn’s disease and to osteoarthritis. These conditions and the resulting pain had affected him for at least 10 years. During that time, he had been treated by his family doctor with numerous modalities, mostly involving different regimes of various pain medications. As these treatments provided insufficient relief from pain, his family doctor referred him to the Cannabinoid Medical Clinic for assessment of his suitability for cannabinoid therapy. He was assessed at this clinic in April 2016 by Dr. Alia Norman, who prescribed him medical cannabis. He obtained medical cannabis from a licensed provider. His initial prescription authorized him to purchase 45 grams of dried cannabis per month with a THC level of less than 20%, but later the THC content maximum increased to 22%.

The prescription for cannabis authorized the Grievor to purchase dried marijuana but did not specify the dose or frequency of use. The undisputed evidence from the Grievor before the Arbitrator was that throughout the material time, he consumed through vaporization about 1.5 grams of cannabis each evening following work hours.

The Grievor worked as a General Labourer on the project from June 30, 2015, until his layoff on September 30, 2016. The Grievor reported his cannabis prescription and use to his direct supervisor, who never reported it to anyone further up the chain of supervision. His work on the project overlapped with his prescription cannabis use for several months, and he was not involved in any reported safety-related incident during this time.

The Collective Agreement for the project provides for priority hiring for vacant positions to be accorded to members of the Applicant Union. Following his layoff from H.J. O’Connell, the Union referred the Grievor for two project positions with Valard Construction, the first as a Utility Worker/Foundation Labourer in November 2016 and the second as an Assembler in February 2017.

The Grievor was advised that he was successful in obtaining the first of the positions with Valard, subject to a drug and alcohol/medical exam. The practice of the parties under the Collective Agreement provided for this requirement. When he attended for this screening, he disclosed his cannabis prescription and use and was told that he would probably “fail” the drug screening. It is not clear whether he ever had a drug screen or test. Nevertheless, Valard was informed of his medical cannabis use and prescription.

Valard refused to hire the Grievor.

On March 24, 2017, the Applicant filed a Grievance alleging that the refusal by Valard to hire the him was based on discrimination contrary to the Collective Agreement and the Act. The Respondent replied on April 28, 2017, and denied the grievance.

The main question before the Arbitrator was whether the employer had met its acknowledged duty to accommodate the Grievor’s disability without undue hardship.

As noted in the Application Judge’s reasons for decision, the Arbitrator considered the expert evidence adduced by both Union and Employer, noting that the evidence may have been different in those cases cited where the outcomes were different. He concluded from the evidence that the use of marijuana can impair the ability of a worker to function safely in a safety-sensitive workplace, that this impairment can last up to 24 hours after use, that the impairing effects may not be known to the user, and that there was no available means or method for accurately testing impairment from cannabis use in the workplace.

In a 65-page written decision the Arbitrator summarized the evidence and legal positions put to him and denied the Grievance for the following reasons:

…The Employer did not place the Grievor in employment at the Project because of the Grievor’s authorized use of medical cannabis as directed by his physician. This use created a risk of the Grievor’s impairment on the jobsite. The employer was unable to readily measure impairment from cannabis, based on currently available technology and resources. Consequently, the inability to measure and manage that risk of harm constitutes undue hardship for the Employer.

In its application for judicial review, the Union alleged a number of errors. First, the Union alleged that the Arbitrator erred in determining that the risk of impairment from cannabis use continued for a longer period of time after ingestion than expected by the Grievor’s treating physician. Second, the Union argues that the Arbitrator effectively reversed the onus of proof in respect of accommodation and undue hardship by determining that employing the Grievor with a risk of impairment, rather than demonstrated impairment, constituted undue hardship. Third, the Union argues that the Employer’s actions, and the Arbitrator’s decision, perpetuated the stigma and stereotypes associated with cannabis users.

On the whole, Justice Daniel M. Boone found that the Arbitrator had based his findings on resolution of the evidence before him and his decision was found to be within the range of reasonable outcomes. The Application to quash the Award was therefore dismissed.

With respect to the issue of who bears the onus to prove impairment, or lack thereof, Justice Boone wrote the following: