Frustration Does Not Require an Act of an Employer 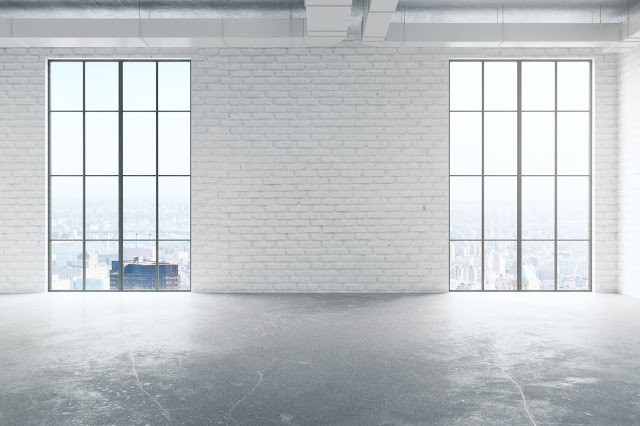 Does frustration of contract for illness or injury require an act of an employer?

In Hoekstra v Rehability Occupational Therapy Inc., 2019 ONSC 562 (CanLII), Justice Alissa K. Mitchell of the Ontario Superior Court of Justice ruled that it did not.

In the same decision, the court ruled that the simple failure of the employer to pay the dismissed employee his minimum statutory entitlements on termination was not enough to trigger an award of punitive damages.

The case proceeded by way of summary judgment in order to answer the following two questions:

The plaintiff was 51 years of age. He suffers from severe esophageal and stomach conditions. He was employed by the defendant as a medical social worker commencing September 7, 2005. Pursuant to a written contract of employment, the defendant agreed to pay to the plaintiff an income of $90,000 per annum.

On January 18, 2017, the defendant advised all of its employees, including the plaintiff, that it would be changing healthcare providers effective March 1, 2017. The defendant advised the plaintiff that he would not be eligible for benefits with the new healthcare provider; however, could continue to receive benefits through his wife’s benefits. His wife was (and continued to be) an active employee of the defendant.

The plaintiff also maintained and received disability benefits pursuant to a private contract of insurance with RBC Life Insurance Company (“RBC”). On January 26, 2016, the plaintiff’s family physician, completed a physician’s statement on a pre-printed RBC form with respect to the plaintiff’s medical condition. This statement included the family doctor’s opinion as to diagnosis and treatment. With respect to the question: “has your patient shown improvement where gradual or full-time return to work is viable?” The doctor responded: “no” and stated: “ongoing disability since 2008 unlikely to return to work now.”

The family doctor completed this same form again on January 29, 2017, further to an assessment of the plaintiff he conducted on October 19, 2016. In response to the question: “has your patient shown improvement where gradual or full-time return to work is viable?” the family doctor responded: “no” and stated: “ongoing disability since 2008. Will not return to work”.

On February 8, 2017 the plaintiff inquired of the defendant as to the basis for him no longer being eligible to receive group benefits directly as an employee of the defendant and indicated he had a desire and intended to return to work. In response, the defendant advised that it took the position the contract of employment had been frustrated and no amount was therefore payable to the plaintiff.

On February 21, 2017 the defendant reiterated its position that the plaintiff’s employment had been frustrated. It stated: “an employer is not expected to keep someone on benefits indefinitely even when they are off on disability as legally there becomes a frustration of contract…”.

The following day, the plaintiff emailed the defendant and, accepting that his employment was at an end due to his ongoing medical issues, he requested payment of his termination entitlements. Correspondence continued to be exchanged between the plaintiff and the defendant.

On June 1, 2017, the plaintiff commenced this action for damages for wrongful dismissal, violation of his human rights and punitive and aggravated damages.

On July 27, 2017, counsel for the defendant advised counsel for the plaintiff in part that: “it is abundantly clear that the contract of employment had been clearly frustrated well prior to Mr. Hoekstra’s allegations of constructive dismissal in June of this year.” In this same correspondence, the defendant advised that it was prepared to offer the plaintiff’s job back effective immediately.

The plaintiff did not accept the defendant’s offer of re-employment.

The plaintiff pleaded that, at a minimum, he was entitled to receive termination and severance pay pursuant to the ESA arising from the frustration of his employment contract.

As of the date the summary judgment motion was heard, the defendant had not paid any termination amounts to the plaintiff pursuant to the ESA or otherwise.

With respect to the employer’s position that frustration of contract requires an act of an employer, Justice Mitchell noted that the defendant employer in Drimba Estate v. Dick Engineering Inc., about which I blogged in my post Dead Employee Still Entitled to Severance: Judge, took a similar position, arguing that the ESA contemplated termination of employment resulting from a unilateral initiative of the employer. Justice Mitchell continued, writing:

[24] … That is, so long as the parties intended for the plaintiff’s employment to continue, it could not be concluded that the contract of employment had been frustrated by illness.

[26] I am in agreement with the reasoning of the court in Drimba.

[27] Frustration of contract occurs as a matter of law. Once circumstances exist that have the effect of frustrating the terms of a contract, the contract is deemed terminated. In my view, neither party to the contract must take any steps to effect that result. This is particularly so in the case of frustration due to illness or injury which is presumptively beyond the control of both the employee and the employer.

[28] A contract of employment is frustrated when “there is no reasonable likelihood of the employee being able to return to work within a reasonable time.” The fact that a party to the employment contract takes the position that the contract has been frustrated, whether in support or defence of a claim, does not have the effect of deeming a contract frustrated.

With respect to the plaintiff’s claim for aggravated or punitive damages, the court dismissed such claims, reasoning as follows:

[36] The plaintiff seeks an award of aggravated or punitive damages in the amount of $25,000 claiming the defendant forced the plaintiff to commence this action and withheld minimum statutory benefits payable to the plaintiff pursuant to the ESA, commenced a vexatious counterclaim which it ultimately abandoned despite having recognized that the plaintiff’s employment was frustrated and extended a “sham” offer of employment after this action was commenced.

[37] The test for an award of punitive damages in a wrongful dismissal action requires the plaintiff to prove that the advertent wrongful acts of the defendant are so malicious and outrageous that they are deserving of punishment on their own.

[38] The plaintiff relies on the decision in Morrison v. Ergo Industrial Seating Systems Inc., [about which I wrote in the post Ottawa Judge Awards $50,000 in Punitive Damages after Employer Fails to Provide Statutory Minimums and ROE] wherein the court held that intentionally withholding payment of an employee’s minimum entitlements under the ESA, particularly when it is obvious that such monies would be owing to that employee and that employee is vulnerable, are grounds for an award of punitive damages.

[39] The plaintiff also points to an award of punitive damages made in Altman v. Steve’s Music Stores Inc. where the defendant refused to pay the plaintiff her statutory termination pay until she brought an application for summary judgment.

[40] I am not satisfied on the evidence that the conduct of the defendant is so egregious and offensive so as to warrant an award of aggravated or punitive damages. The defendant advanced a position in this litigation which was neither high-handed nor malicious. In Altman the plaintiff who was suffering from cancer was fired by the defendant and not paid back wages in addition to her statutory entitlement under the ESA. In Morrison the defendant alleged cause for termination without justification and refused payment of the minimum statutory entitlements despite knowing the plaintiff was in dire financial straits. Punitive damages were awarded in Morrison following a trial on a full evidentiary record. The factual matrices in Altman and Morrison are clearly distinguishable from the present case.

[42] The catalyst for the issues between the parties stemmed from the innocuous communication from the defendant advising the plaintiff of the change in its disability benefits carrier. The change in carrier was not designed or intended to harm the plaintiff let alone bring about a termination of the plaintiff’s employment. On his own accord, the plaintiff interpreted his ineligibility under the new benefits plan as a constructive dismissal - a position he later abandoned.

In the result, summary judgment was granted in favour of the plaintiff awarding him no more than his minimum statutory entitlements to termination pay and severance pay. He was also awarded costs of $15,000.

The decision on frustration is the academically less interesting of the two decisions. It appears that the plaintiff attempted to advance a case for frustration, but when it appeared like the same was not going to work, fell back to the position of frustration. That he was ultimately awarded his minimum statutory entitlements is a touch underwhelming.

With respect to the decision on aggravated and punitive damages, Justice Mitchell’s distinction between what happened in Morrison and what happened here is interesting. What I take away from this case is that simply failing to pay ESA minimums may not always be enough to trigger an award of punitive damages.