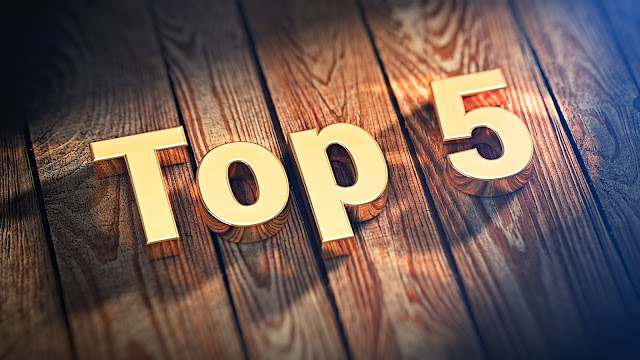 2019. What a year. In thinking about this post, I was hopeful that the title of this annual post was Top Five Decisions of Importance to Ontario Employment Law. Had the word been “decisions” and not “cases”, I might have mused about the various decisions some of us have made over the past year and how those decisions have impacted the Ontario employment law landscape. Oh well.

As it is clearly evident that no one is getting any younger, here is this year’s list.

Five years ago, in 2014, I established some criteria for crafting a top five list. Those criteria are as follows:

Second, the decision must have a considerable impact on employment law. I ditched labour decisions in 2017.

Why It Makes the List: The interplay between independent contractors engaged in the gig economy and true “employment” status continues to be the leading issue as we move into a new decade of the twenty first century. Heller required the court to consider the interplay between the Employment Standards Act, 2000, which guarantees certain minimum protections for “employees” and the freedom of independent parties to contract. Given that this case was argued before the Supreme Court of Canada, whose decision is still under reserve, the Court of Appeal for Ontario’s decision kicks off this list in the number five spot.

Why It Makes the List: I have always had an affinity for including WSIAT decisions in my list. These decisions tend to have real consequences for employment law but tend to get overlooked in favour of decisions from the courts or more prominent tribunals such as the HRTO. The Morningstar decision is important because it examines the relatively new subsection 13(4) of the Workplace Safety and Insurance Act, 1997, about which I wrote in my post Workers Now Eligible for WSIB Benefits for Chronic Mental Stress and Workplace Harassment. The holding in the Morningstar decision was that employees who experience chronic mental stress in employment are unable to sue for constructive dismissal. This decision challenged my own thinking on this subject and will, if left unchallenged, have major implications for the rights of employees to seek redress for workplace harassment.

Why It Makes the List: While the perennial issues of workplace harassment and the meaning of “employment” take the number one and two spots this year, the issue of resignation was a central theme to 2019. Not only was the subject of resignation an unexpected development in my own, personal timeline, the subject played a central role in several decisions of Ontario’s top court. I put the English decision on the list because it is in that post that I examine the court’s other decisions on resignation, Theberge-Lindsay v. 3395022 Canada Inc. (Kutcher Dentistry Professional Corporation), 2019 ONCA 469 and Ariss v. NORR Limited Architects & Engineers, 2019 ONCA 449. As I wrote in my commentary concerning the English decision, “What we now have is three decisions from the Court of Appeal, all considering the subject of resignations and whether they were unequivocal. None of those decisions, in my respectful decision, do a great deal to help anyone understand the issue from a pure doctrinal approach. In my opinion, the best decision, of the six at issue, is Justice Edwards and it was just overturned. What I think I can say is that persons looking for guidance on the issue can still look to Justice Edwards’ motion decision for assistance on the law, as the Court of Appeal’s decision does nothing to question or reverse the same. Where the Court of Appeal was critical of Justice Edwards’ decision was with respect to his factual finding that Ms. English was unequivocal in her resignation. What can we glean from these decisions? Nothing, it would appear, is very clear when it comes to the issue of working resignations.”

The law in this area is actually a lot more messy than it was a year ago. Fortunately, for me at least, some resignations seem to work out alright.

Why It Makes the List: I have been thinking and writing about the issue of workplace harassment for over a decade now. In many ways, the statutory law has actually responded to the issue. Bills 168 and 132 have amended the Ontario Occupational Health and Safety Act to require employers to have both a policy and a program to address workplace violence and workplace harassment. Employers are now required to investigate allegations of workplace harassment. The Workplace Safety and Insurance Act, 1997 now allows for benefits for chronic mental stress. The common law, however, has not been as responsive. Merrifield confirmed that the tort of harassment does not exist in the Ontario employment law context and that now is not the time for the court to recognize it.

I do a really deep dive of the issue in my post, but my ultimate conclusion on the issue is this, “The takeaway I take from both the Merrifield and Piresferreira decisions is that the Court of Appeal for Ontario is simply not prepared to allow claims for mental suffering caused in the workplace, unless such claim is either: (a) attached to a claim of wrongful or constructive dismissal, and limited to the Honda analysis; or (b) advanced as a claim for intentional infliction of mental suffering. It would appear to me that the court views the tort of IIMS as a panacea for all workplace wrongs. Whether that is an appropriate approach to the issue of workplace harassment, especially given the development of the law in other areas, is a question best left to others.”

Why It Makes the List: I started this list with the Heller decision and my commentary about the continuing jurisprudence on the subject of what it means to be an “employee”. Cormier completely blurs the lines.

Writing on behalf of the Ontario Superior Court of Justice, Justice Paul Perell wrote, “What the parties may choose to call their relationship is relevant but not determinative, and the court will determine the nature of the relationship based on the conduct of the parties.” More significantly, when calculating the reasonable notice period for a worker for started as an ostensible independent contractor, but later became a true employee, Justice Perell wrote, “even if I had concluded that Ms. Cormier was an independent contractor [for the first ten years of the parties’ relationship], it would have been wrong in principle to ignore these years of their relationship in determining the reasonable notice period.” The Court of Appeal for Ontario agreed.

I mused about this subject, and the blurring of employment law and commercial concepts in my post When Worlds Collide – The Evolution of Employment Law Principles in the Termination of Independent Contractor Relationships. That post highlights the continued evolution and co-mingling of concepts, central to our legal understanding of what it means to be an “employee.”

The reason I put the St. Joseph Communications decision at the top of the list is that what we have is a very well-respected Superior Court judge saying, essentially, ‘I don’t care what you call the relationship; fundamental principles of fairness, which underlie all that which we do here, will animate how the court addresses calls for remedy.’ My own sense is that we will see that implicit statement repeated by the Supreme Court of Canada in its decision in Heller.

My annual “Top Five” post concerns decisions that have had the greatest impact on the Ontario employment law landscape. My sense is that the focus of 2019 will be on legislative reforms. Already the Ford government has passed Bill 47. Very recently introduced Bill 66 seeks to further erode employees’ rights in favour of ostensible workplace competitiveness.

On the litigation front, I think we are going to see fewer decisions concerning the interpretation of termination clauses. I think most employment lawyers now have a pretty good sense of what will pass muster with the court and what will not. Where we do see decisions, I don’t expect the court to do anything truly novel.

Wrong again. Decisions concerning the interpretation of termination clauses continued to be a central theme of litigation. And, just when I thought we had it all understood, the Court of Appeal released its decision in Andros v. Colliers Macaulay Nicolls Inc., 2019 ONCA 679 (CanLII), about which I blogged in my post "Failsafe" Language Fails to Save Termination Provision, which appeared to further confuse the issue. Again.

May your 2020 be free from Labour Pains!