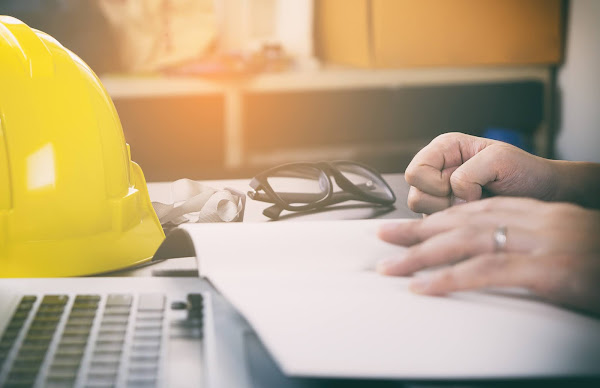 Should courts void contractual termination provisions if such provisions have even the remote potential to, at some later point in time, violate the strictures of the Employment Standards Act, 2000 even if, at the time of actual termination, there is no actual violation?

In Rutledge v. Canaan Construction Inc., 2020 ONSC 4246 (CanLII), Justice Judy A. Fowler Byrne of the Ontario Superior Court held that they should.

The case concerned a claim for wrongful dismissal damages by a “construction employee,” Rutledge.

Rutledge had signed an employment contract with his employer, Canaan Construction, which contained the following termination provision:

The Employee may be terminated at any time without cause upon being given the minimum periods of notice as set out in the Employment Standards Act, or by being paid salary in lieu of such notice or as may otherwise be required by applicable legislation. The Employee acknowledges that pursuant to the Employment Standards Act they are not entitled to any notice or time in lieu thereof due to the nature of their job and as such they are entitle to absolutely no notice or pay and benefits in lieu thereof upon termination.

The termination provisions set force above, represent all severance pay entitlement, notice of termination or termination in lieu thereof, salary, bonuses, vacation pay and other remuneration and benefits payable or otherwise provided to the Employee in relation to the termination of the Employee regardless of cause or circumstances.

After being terminated from his employment Rutledge sued in Small Claims Court seeking wrongful dismissal damages.

Decision of the Small Claims Court

Following a hearing by the Small Claims Court, the Honourable Deputy Justice Pettipierre of the Ontario Superior Court of Justice Small Claims Court, in Guelph, granted judgement in favour of the Plaintiff awarding him damages for wrongful dismissal, in the sum of $9,530, plus costs.

The Deputy Judge agreed with the submissions of Rutledge that the termination clause of the employment contract was void because it purported to contract out of the obligation under s. 60(1)(c) of the ESA to pay benefits during the statutory notice period. The Deputy Judge relied on the cases of Wood v. Fred Deeley Imports Ltd. 2017 ONCA 158, 134 O.R. (3d) 481, and Hampton Securities Limited v. Dean, 2018 ONSC 101. Accordingly, the presumption of reasonable notice was not rebutted by the Employment Contract.

On appeal, the appellant employer that the Deputy Judge erred in law, or mixed fact and law, by determining that Canaan had purported to contract out of the obligations under s. 60(1) the Employment Standards Act, 2000 to pay benefits during the statutory notice period despite the fact that Rutledge was a statutory “construction employee” and therefore not entitled to statutory notice under the ESA.

Sitting as a judge of the Ontario Divisional Court, Justice Fowler Byrne upheld the Deputy Judge’s decision for the following reasons:

[9] The common law principle of termination of employment on reasonable notice is a presumption, rebuttable only if a contract of employment clearly specifies some other period of notice. The contract of employment is only enforceable if it complies with the minimum employment standards in the ESA. If it does not do so, then the presumption is not rebutted, and the employee is entitled to reasonable notice of termination: Wood, at paras. 15-16, relying on Machtinger v. HOJ Industries Ltd. [1992] 1 S.C.R. 986 at p. 998.

[11] Section 2(1) 9 of Regulation 288/01 under the ESA states that construction employees “are prescribed for the purposes of section 55 of the Act as employees who are not entitled to notice of termination or termination pay under Part XV of the Act.” In the case before me, it is not disputed that Rutledge was a construction employee for the entirety of his employment. Accordingly, at the time of his employment, the inapplicability of the ESA to Rutledge is limited to those employment standards set forth in s. 55 – being notice of termination, as set out in ss. 54-60 of the ESA, and termination pay, as set out in ss. 61-62. The regulation does not flatly disentitle Rutledge to the protection of the entire ESA as is the case for some of the other occupations listed in s. 3(5) of the ESA. Rutledge continues to be afforded the protection of all other employment standards set out in the ESA, unless otherwise specifically excluded by other legislation. Accordingly, if any wording of an employment contract purports to deny Rutledge those other employment standards, then those provisions are unenforceable.

[12] The Deputy Judge determined that by excluding Rutledge’s entitlement to benefits under s. 60(1)(c) during his notice period, the Employment Contract purported to contract out of Rutledge’s ESA rights, and therefore the termination provisions are not enforceable.

[13] I agree that the issue is somewhat more complicated by the fact that the Rutledge, for the duration of his employment, had no such entitlement to this particular employment standard. How can an employer be penalized for confirming in writing that an employee will not receive what he is not entitled to?

[14] The error in the Employment Contract is twofold, both of which show that even if the Deputy Judge misstated that Rutledge was disentitled to benefits which he would not have received anyway, the end result would not have changed.

[15] Firstly, an employee cannot contract out of a protected employment standard under the ESA, even if that particular standard does not yet apply to them: ESA s. 5(1). It is sufficient if a provision of an employment contract potentially violates the ESA at any date after hiring: Covenoho v. Pendylum Ltd., 2017 ONCA 284, at para. 7. Accordingly, on the chance that Rutledge’s position at Canaan changed to something other than a construction employee, the effect of the Employment Contract is that it denies Rutledge his right to benefits during his notice period, which is protected by the ESA. While the Employment Contract does refer to Rutledge being employed as an apprentice and that he will be working in the construction industry, it does not explicitly state that this applies only to him while occupied as a construction employee and that it would be of no force or effect if his position changed.

[16] Secondly, the termination provision of the Employment Contract also violates the ESA in a way that is not so remote. As a “prescribed” employee, construction employees may not be entitled to the employment standards governing the termination of employment or notice thereof, but are still entitled to the employment standards guaranteed in the event of their severance, as outlined in ss. 63-66. If Canaan grew in size, employing more than 50 employees and then discontinued its business, or else had a payroll more than $2.5 million, Rutledge would be entitled to severance pay, irrespective of his job description. The Employment Contract clearly disentitles Rutledge to these employment standards. Again, the potential violation of the ESA renders these provisions unenforceable.

[17] Accordingly, and being mindful of the policy considerations outlined in Machtinger at pp. 1002-1005, even a potential violation of the ESA, no matter how remote, should be unenforceable. Even though the Deputy Judge only referred to Rutledge’s rights to benefits, and no other ESA employment standards to which Rutledge was entitled, the termination provisions, read as a whole, clearly show that the Employment Contract purported to contract out of the ESA in at least two ways. Accordingly, no palpable and overriding error has been established.

This case is sure to be received with frustration by employers. Justice Fowler Byrne’s rhetorical question of “How can an employer be penalized for confirming in writing that an employee will not receive what he is not entitled to?” is an apt one.

However, Justice Fowler Byrne’s reliance on Covenoho is well placed. I wrote about such decision in my post If a Termination Provision Potentially Violates the ESA, It Is Void: ONCA. In that case, the Court of Appeal for Ontario had written, “If a [termination] provision’s application potentially violates the ESA at any date after hiring, it is void.” Pretty clear articulation of the law.

While undoubtedly frustrating for an employer without statutory obligation to provide notice of termination, the case affirms the well-trodden principle that the ESA is the start of the analysis, not the end.