Refusing to Apologize for Inappropriate Comments Not Cause for Dismissal 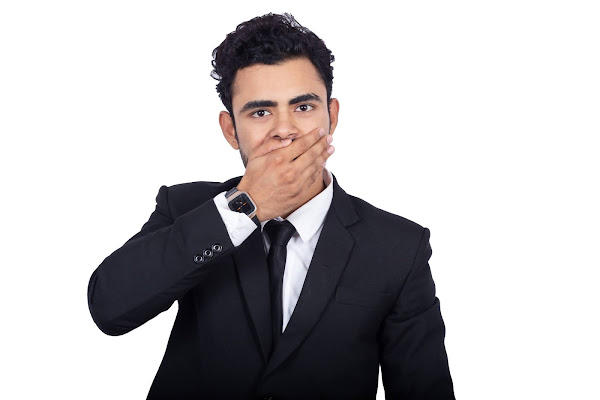 Is refusing to apologize to a co-worker, after a company’s finding of your having made inappropriate comments to that co-worker cause for termination? Does it matter if, at the time the direction to apologize was made, the company elected not to terminate your employment at all (let alone for cause?)

In Hucsko v. A.O. Smith Enterprises, 2020 ONSC 1346 (CanLII), the Honourable Mr. Justice G.E. Taylor of the Ontario Superior Court of Justice held that an employer was not justified in summarily ending the employment relationship because the employee refused to apologize (after seeking legal advice) and could not use the previous findings concerning inappropriate comments to later justify the termination.

UPDATE: On October 15, 2021, the Court of Appeal for Ontario allowed the employer's appeal, reversed Justice Taylor's decision, and dismissed the plaintiff's claim. For my summary of that case see: “It's Too Late to Apologize” Court of Appeal Finds Refusal to Apologize For Inappropriate Conduct Just Cause for Termination of Employment

Much of the court’s decision, presumably like much of the trial, focuses on the investigation into the allegations made against the dismissed employee / plaintiff. Realistically speaking, that summary is not necessary here.

What does matter it what happened next. On July 10, 2017, representatives of the defendant employer met with the plaintiff for the purpose of reviewing the results of the investigation. The plaintiff was given a memo in which the conclusions reached in the investigation were set out and corrective action required to be taken by the plaintiff was specified. The corrective action included the plaintiff taking additional training and to providing an apology to the complainant. Regarding the apology, the memo stated: “You will be required to provide a direct apology to the female employee to whom you directed your inappropriate comments. Your supervisor and Human Resources Manager will also be present.”

The plaintiff disputed the conclusions reached. He asserted that he had not done or said anything inappropriate to the complainant. The plaintiff asked for time to seek advice.

The plaintiff obtained legal advice. His lawyer sent a letter to the defendant dated July 19, 2017. In that letter, counsel for the plaintiff stated that he would participate in any training directed by the company that he take. However, the letter also stated that the plaintiff was not prepared to make an apology admitting any wrongdoing on his part.

The plaintiff sued for wrongful dismissal.

In allowing the plaintiff’s claim, Justice Taylor reasoned as follows:

[39] When an employer alleges cause for termination of employment, the onus is on the employer to prove that just cause existed (Tong v. Home Depot of Canada Inc., [2004] O.J. No. 3458, para 9). To determine if an employer is justified in terminating an employee for cause, the misconduct said to justify the dismissal must be assessed in context. A balance must be struck between the severity of the employee’s misconduct and the sanction imposed (McKinley v. BC Tel, [2001] 2 S.C.R. 161, paras 48, 51 and 53).

[42] The memo dated July 10, 2017 which was given to the plaintiff makes it clear that a finding of inappropriate comments had been made. It is also clear from that memo that the defendant did not feel the conduct was such as to justify termination. The defendant required the plaintiff to engage in some type of training and to provide a direct apology to [the complainant]. …

[43] The letter of termination referred to “inappropriate and vexatious comments” having been made to another employee. The Record of Employment issued to the plaintiff suggested that his employment was terminated because he was “no longer a fit.”

[46] In my view, the plaintiff’s conduct did not justify a conclusion that there had been an irreparable breakdown in the employment relationship.

As a result, Justice Taylor awarded the plaintiff $187,000, representing 20 months pay in lieu of notice, plus a small amount for loss of benefits (not the arbitrary 20% sought.)

The first thing that strikes me as odd about this decision is the number of times the complainant is named in the decision. The complainant’s last name, which I have purposefully not reproduced here, appears no fewer than 51 times in the court’s reasons for decision. The plaintiff’s last name does not appear at all – although it does appear in the style of cause. 51 times. I openly query whether, given the court’s disposition of this matter, it was actually necessary to canvass the nature of the allegations made at all. Moreover, given the relative ease with which I was able to redact the complainant’s name, without losing any relevant information, I have to wonder whether it was necessary to use the complainant’s full name over fifty times in a public document that will reside, forever, on the internet. In my own respectful submission, the court’s reasons could have been more considerate of the nature of dispute and the parties involved. The complainant was not on trial.

As for the result in the wrongful dismissal matter, I am inclined to agree. The employer had already reached its conclusion on the harassment investigation and it could not later use “making inappropriate and vexatious comments to a coworker” as a basis for a for-cause termination. If the employer believed that it such conduct was cause for termination (which it clearly did not), then it ought to have said so at the time it delivered its findings.

Now, the employer could have terminated the employee without alleging cause – which would have gotten them back to the same result, although, I suspect, had the employer terminated without cause, and offered something reasonable, it might have been able to get away for less than 20 months.